Outside of tablets, phones, and touch notebooks, it appears that some of the hottest electronics in the U.S. this holidays are the new game consoles, the Sony PS4 and the Microsoft Xbox One. I have used many consoles since playing Pong as a kid in 1977, have planned and developed gaming PCs in a prior career, and my analyst firm now tracks the market’s enabling technologies. I’ve had the chance to play the Microsoft Xbox One and also have been 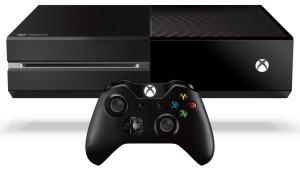 watching my 11 year old, video-game addicted son take his spin, too. I have been impressed with just about every new game console for one reason or another and have been a long-time Xbox player. I’m really sorry to say that the Microsoft Xbox One “Day One” Edition just didn’t impress me like prior generations, and I think you are probably better off waiting it out until the current situation changes. I admit, this could be my over-expectations or truly an under-delivery, but at any rate, let me hopefully provide some insight here.

Compared to just about every new, modern-day living room device, the new Xbox One is a gargantuan device. When just about everyone else in consumer electronics went svelte, the Xbox One went huge. It’s almost as if it were designed for a decade before Apple TVs, Rokus, iPads and Mac Airs existed. By the tape, even without the massive power brick, the Xbox One is 60% larger than the Sony PS4 which doesn’t need a power brick, 35% larger than its 360 “Slim” predecessor, and 32X larger than an Apple TV that doesn’t need a power brick. I get that the “Red Ring of Death” (RROD) overheating issue which I personally experienced twice was a big deal and cost billions, but somehow, Sony has managed to create a reasonable form factor with their PS4. Even worse, because the One and 360 aren’t compatible, I need to put two huge consoles inside an entertainment center or try to hide behind a TV.

Versus the Xbox 360, the games definitely looked and played better. I played Battlefield 4, Call of Duty Ghosts, and Assassin’s Creed IV, games that should have the highest visual quality. There were more details and effects that make the games look more real than the 360 predecessor. The disappointment was that the difference wasn’t jaw-dropping, something you would expect 8 years after the introduction of the Xbox 360 in 2005. The details weren’t something you would confuse with reality, either, as you sometimes do in a movie created with awesome workstation or datacenter rendered graphics. I spend a lot of time assessing PC game details on large displays at very high resolutions, and this is my visual benchmark.

The number of games available for the Xbox One is incredibly low. As of today, there were 22 games, not listing the “special” 3 duplicates, listed in the U.S. Xbox One Game Store. In comparison, there are over 100X titles available for the Xbox 360 or the Sony PS3. The whole point of consoles are games or media, and if there aren’t that many games, what’s the point? To make matters worse, Xbox 360 games won’t play on the Xbox One as they are incompatible.

Are you afraid to miss out on playing that next new Xbox One game? Don’t, because most of the hit titles like Battlefield 4, Call of Duty Ghosts, Assassin’s Creed IV, and NBA2K14 are also available on the Xbox 360, too, albeit with less visual detail. The number of One games will continue to grow over time, of course, but will take years to get to the same level as the 360.

The real impact of this hit home for me when I observed how my 11 year old son used and stopped using the Xbox One. He literally played it for 48 straight hours, knocking out the new first person shooters. After the first 48 hours after he got through those games, he simply stopped playing the Xbox One, went back to his PC and played Minecraft with his other friends who had bought and quickly abandoned the Xbox One too. When I asked him why, he explained, “Daddy, there just aren’t any games for it.” Coming from a kid who spent years on the 360, this hit home.

Microsoft has invested a lot of money in TVs over the last 20 years, spanning from initiatives like Microsoft TV to Windows Media Center to  Mediaroom, which was just sold to Ericsson. You would expect Microsoft to get TV and set top box interaction right, yes? Well, they almost nailed it with a universal program guide that maps the Xbox One to broadcast, cable and satellite providers in the U.S. via your set top box. I can change cable channels via the Xbox controller or, when it works, through voice.

The one thing Microsoft didn’t account for were users who don’t have their set top box (STB) right next to the Xbox One. I live near downtown in a modestly sized house, and I do the best I can to hide ugly my ugly STBs. I don’t have a lot of room and every square inch counts. One feature I like with my Cisco-branded, Time Warner Cable-provided STB is that I can hide the box behind a TV and still change channels.  I can “bank” the IR signal off the wall and into the STB. The Xbox One uses the IR blaster from the Kinect sensor, which needs to be exposed toward the front of the TV, so I cannot change my STB channels. I am still thinking through a fix to this.

I also need to comment on a compare to Intel’s TV experience. I can’t say much in detail, but Intel’s TV experience was faster and much more intuitive than what I experienced with the Xbox One. It isn’t fair to compare a non-shipping platform with one that is, but I point this out because it shows just how much farther Microsoft can go with this platform.

The Kinect voice command and control was improved, but it’s far from perfect. Like the visuals, there didn’t “feel” like an order of magnitude difference between the Xbox 360 and the One. Apart from initiating voice commands, one needs to “say what they see” which is supposed to improve the hit rate by limiting the dictionary size. What I was really hoping for more natural voice control like Google Voice Commands. Instead what was launched was a slightly improved version of the Xbox 360 Kinect voice control. Microsoft has been working on voice command and control for decades and we should expect and get more.

Be prepared to spend a lot of money to get the full Xbox One experience. You’ll need all the hardware, services and games to make it all happen. I spent $740, which included $500 for the Xbox One, $180 for 3 games, and $60 for a year of Xbox Live, which you’ll need for “multiplayer gaming, premium entertainment apps, Internet Explorer, OneGuide, Game DVR and Upload, Skype, and SmartMatch”. You’ll also need one extra HDMI cable (one already included) if you want STB pass-through and of course, if you want to enjoy ESPN, Netflix, Hulu, etc., subscriptions to those, too.

As I reflect on my purchase, I am glad I got the chance to experience the Xbox One from a more academic, analyst approach, but I definitely have a personal consumer buyer’s remorse and am considering returning my unit. My gaming-addicted son got bored as well due to the lack of games, which speaks even bigger volumes to me. Please do not confuse my assessment with what I think the Xbox One today could become in the future. I truly believe that Microsoft will address all the shortcomings I have outlined above within the year and I think the value proposition will be a lot better. But for this round, unless you just feel cool telling your friends you just got the latest Xbox One, I’d strongly consider sitting this one out. Microsoft will sweeten the pot later on by lowering price, shrinking the form factor and fixing all the bugs. They did it with the 360 and they will do it with the One.