Last week at IFA in Berlin, Germany, HP, Dell, Samsung, and Sony announced some very unique hardware designs for Windows 8.  They included touch notebooks, convertibles, sliders, flippers, hybrids, and tablets that can take advantage of Microsoft’s Metro touch-based UI. The hardware was very impressive and it was obvious that a lot of thought and effort went into the design.  Will these be successful?  It’s impossible to say at this point because two huge questions have yet to be answered: device price and the number of high quality Metro applications.  Device prices will be announced by Windows 8 launch on October 26, but I want to dive into the applications question.  Without many high-quality Metro-based application details on the horizon, it’s hard to get excited about the hardware.

Let’s first look at the diversity of products.

There were many innovative devices launched at IFA to take advantage of Windows 8 touch for the Metro environment.  Here are a few that appeared innovative: 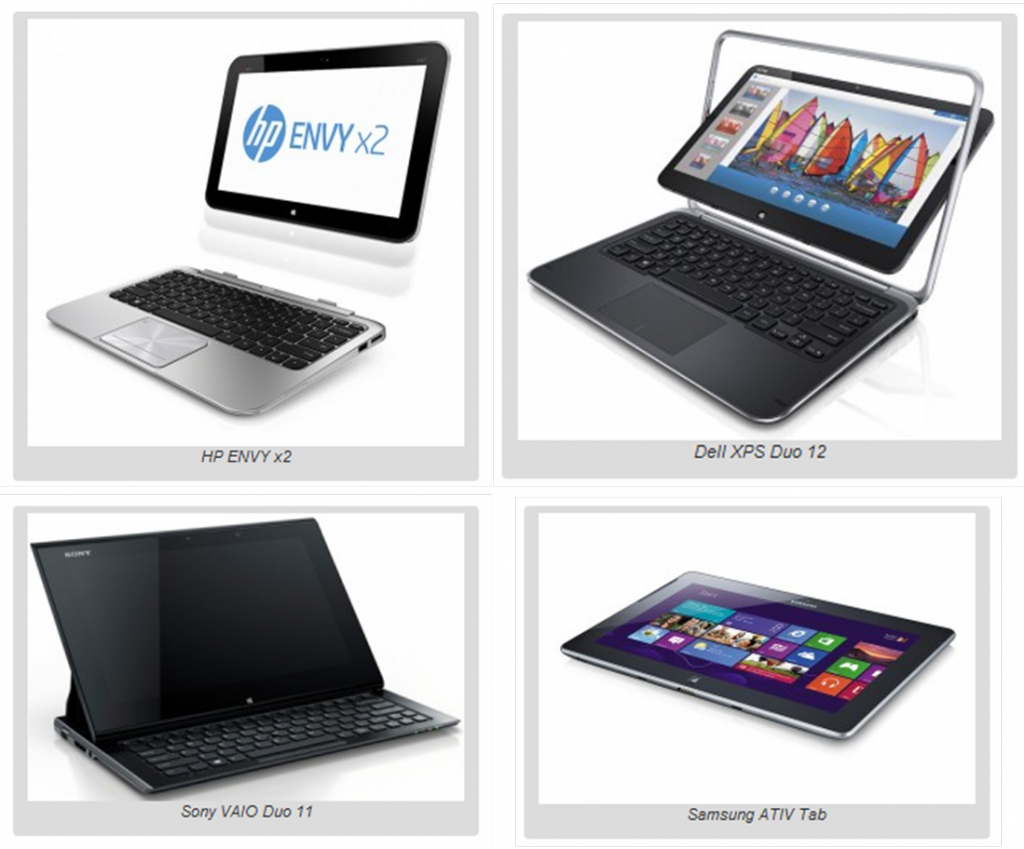 As you can see, the diversity of Windows 8-based touch devices was very wide, which, given a wide variety of high quality apps, would usually mean that something would stick.  The problem is, few really know the true state of Metro-based touch apps, including most PC and chip makers.

Nearly ten months ago, Microsoft held its BUILD conference for Windows 8 software and hardware ecosystem partners.  Microsoft also launched their development platform for Windows 8, called Visual Studio 11.  Every attendee went home with a robust Samsung developer tablet and keyboard with Visual Studio Express Beta, intended to spur development of Metro-based applications.  As of April 2012, six months later, 99 applications were available.  As I outlined here, this was way behind where Apple was but far ahead of where Android was.

So where does that leave the state of Metro apps?  Microsoft is now seven weeks away from launch and virtually no one has much of a sense for how many compelling Metro apps will be available at launch.  Here were some key milestones that Microsoft has anounced:

As of today with my version of Windoes RTM, I can only see 844 Desktop + Metro apps in the Windows 8 store.  I do not see most of my favorite apps, including Facebook, Path, LinkedIn, Pinterest, Google+, Netflix, Hulu+, Amazon Video, HBO Go, ESPN Video, Time Warner Video, CNN, Flipboard, Pulse, Nike Running, MyFitnessPal, Pandora, Flixter, or E*trade.  I am concerned and many ecosystem executives are telling me that they are very concerned with the state of Metro-based applications.  Should we really care about how many Metro applications will be available at launch given Windows 8 is a five year investment?

Why Should We Care About Apps at Launch?

Having microscopically observed and participated in the launch of the Motorola XOOM, HP TouchPad and theBlackBerry PlayBook, there were some common threads that led to their failed launches and quick retreat.  These issues included:

Many of these issues were addressed shortly after launch, but it didn’t make a difference.  The damage was done and in most cases, irreparable.  What developer wants to write apps for an ecosystem or platform that just got slaughtered by the press, analysts and consumers?

What about post-launch? Some issues still exist even for 10″ Android tablets.  Android 10″ tablets have come a long way with ICS, Jelly Bean and paid content, but still suffer from a lack of high quality apps, which still number in the 100′s.  Remember, part of the the success of the Google Nexus is that it leverages the Android phone applications, not those designed for tablets. And, let’s not forget it is priced at half of the iPad. I believe Windows 8 will launch with #1 complete hardware via PC makers, #2 paid content via XBOX Live, Netflix and Kindle and so far it looks that even #3 Windows RT will have acceptable performance.  As for #4 and #5, well no one know yet and if we can learn anything from Android tablets, a robust supply of touch-based applications are required for success, which eludes them almost 2 years later.