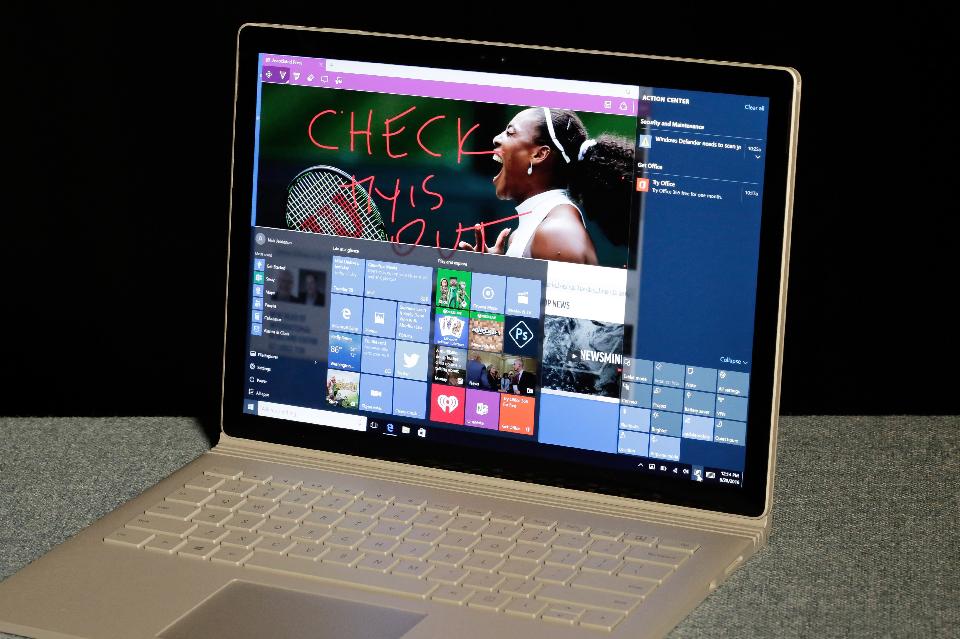 Ever since Microsoft launched Windows 10, they have primarily been focused on getting people to upgrade their existing machines from Windows 7 or 8 to Windows 10, in addition to promoting their Surface line. The upgrade program allowed users of both operating systems to upgrade their systems to Windows 10 for free for a year. That all ended on July 29th, just a few days ago. In that year, Microsoft managed to get the Windows platform from zero Windows 10 users to 350 million monthly active users in a single year. That is a pretty astonishing number, but still not good enough for Microsoft to hit their 1 billion devices monthly active user goal which has since been revised.

For Microsoft to achieve their goal of 1 billion active monthly devices, they needed to change their strategy from just encouraging upgrades of software to upgrades of hardware. Sure, Microsoft may find some users switching from one upgraded Windows 10 device to another, but there’s also a major chance that device may not have Windows 10 quite yet. Microsoft plans to entice more people to switch to Windows 10 with a new major update that will drive users to upgrade their hardware and not just the operating system itself. These functionalities are thanks to Microsoft’s Anniversary Update to Windows 10 marking the operating system’s first year in existence, which is tomorrow, and implementation of a major update to many components of the operating system. This update is part of a series of software releases that Microsoft has been working on since the announcement of Windows 10 and follows a cadence that I expect the company will continue to follow to make Windows 10 the best operating system possible. This is also another milestone in the Windows as a Service for consumers.

The Windows 10 Anniversary update will be available for free to all Windows 10 users running Windows 10 right now and into the future. The update makes upgrades to usability, security, productivity and design. There are many upgrades across the board, and it seems that many of them appear to encourage users to upgrade their hardware as a means to enable to these new Windows 10 functionalities. Microsoft is making major upgrades to things like Cortana, Edge, Xbox Gaming, Tablet Mode, Windows Store, Action Center, Start Menu and many other areas. Many of these upgrades are going to entice users to upgrade their hardware to more capable systems that best utilize these new functionalities within Windows 10.

One of the biggest features that’s being added to Windows 10 which could drive hardware upgrades is Windows Ink. Windows Ink is a few feature that utilizes digital pen technology with the latest in touch screen technology to enable new Windows experiences and functions. Windows Ink is something that Microsoft showed me many months ago when they first teased this Anniversary Update. Back then it showed a lot of promise, but now I can see how it will make the user experience more natural through enabling the use of a pen for quick note taking and notations in productivity applications like Excel, Word and PowerPoint. The Windows Ink capability of drawing on applications will not be limited to Office applications either; it will be available on first party Windows applications like OneNote, Maps and Edge. Microsoft would also be held to a fire if they didn’t enable third party applications which currently include Adobe Illustrator, Drawboard and Fluidmath. Having strong first and third party titles means that Microsoft can show users different applications of the Windows Ink capability and entice users and developers to want to own Ink-capable devices to create new experiences and content. As a result, Windows Ink has a huge potential to increase the demand for pen-enabled devices and make touch screens a must. I am not a huge pen user, but research suggests that for 2-in-1s, pen is a very desired (top 3) feature for buyers. 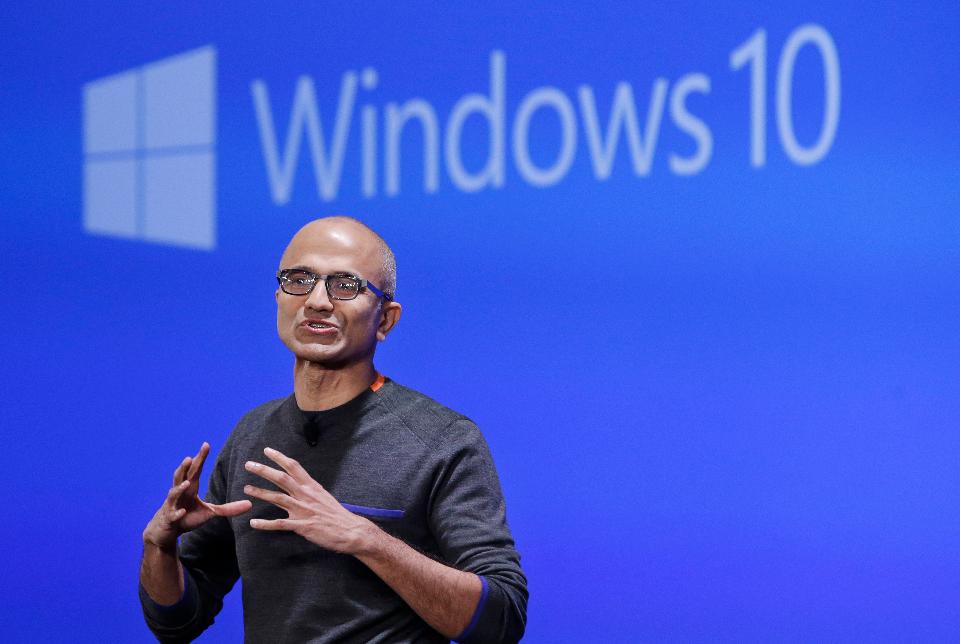 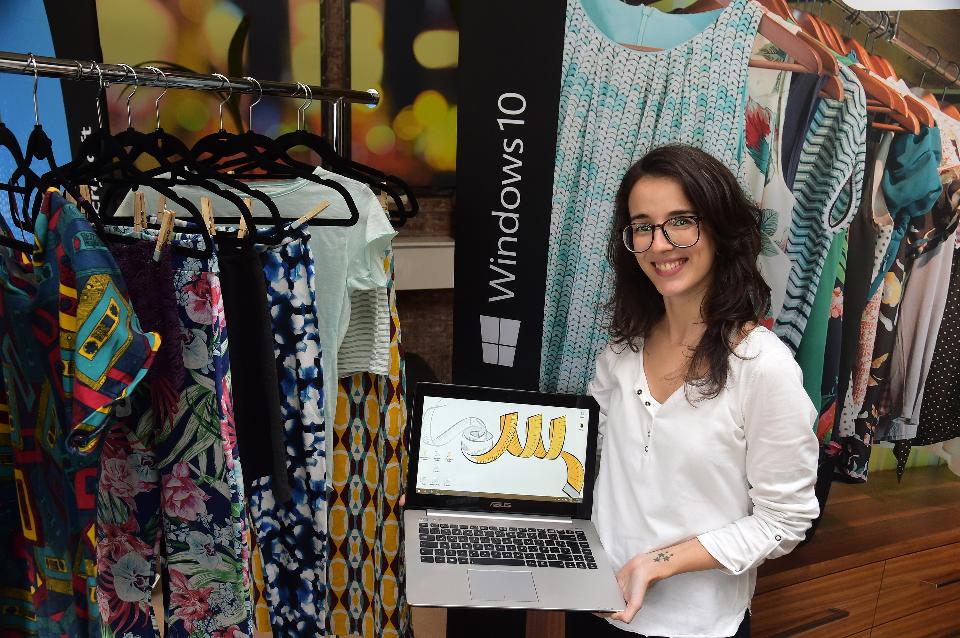 IMAGE DISTRIBUTED FOR MICROSOFT – Juliana Pirani makes custom garments with Clothes For Me software at Microsoft’s Windows 10 Student Showcase on Tuesday, May 10, 2016 in New York. (Charles Sykes/AP Images for Microsoft)

Another feature of the Anniversary Update for Windows 10 is the improvements to security through Windows Hello. Previously, Windows Hello was mostly limited to the login of a computer and enabled biometric or facial recognition on certain devices. These capabilities were limited to few devices, but are going to see increased adoption from Windows OEMs thanks to the new Windows 10 Anniversary Update features. Some of the new features include the ability to work on applications and websites like iHeartRadio and Dropbox plus the ability to authenticate with websites that are FIDO-compliant through the Edge browser. There will also be the ability to unlock your PC through nearby devices like the Microsoft Band where a user may simply need to come near a computer to be able to unlock it. The Windows Hello improved usability and security capabilities that are enabled by the Anniversary Update are poised to give users more reasons to upgrade their hardware since they are unlikely to have a Windows Hello compliant fingerprint sensor or camera. We could actually see these new features driving improved attachment rates of things like Intel RealSense cameras and Synaptics fingerprint devices like its SecurePad, external security adapter and “Iron Veil” mouse. To get the full appreciation for Windows Hello, you need to try it for yourself. It is transformational and makes the PC experience much more enjoyable…. and potentially safer.

There are other improvements like Microsoft’s unification of Xbox and Windows 10 gaming which is a part of the Windows 10 Anniversary Update. As we saw at E3, games will no longer be tied just to being Xbox exclusives anymore; titles will be available as ‘Xbox and Windows 10’ exclusive which means that users will be able to own one title and play it freely across different platforms. This ability may encourage some gamers that are away from their Xboxes to want to be able to play those same games on the go. That will mean that they will need to upgrade their hardware and software very likely with a new Windows 10 PC with DirectX 12 capabilities. The new Windows 10 machines will be able to support these new capabilities and to deliver console-class gaming on the go without any loss of experience to the user. Net-net, if you want to play DirectX titles enabled by Windows 10, you need new hardware that supports it.

Even with the improvements being brought by Cortana including the ability to work above the lock screen may require new hardware with better microphones. This update finally delivers a lot of the features that may drive users to consider upgrading their machine even if it is already running Windows 10. There are a lot of new and innovative designs that enable these new experiences and capabilities, be they touch, convertible 2-in-1, biometric security or just a thinner form factor. Many users might not even think about it, but they will very likely also experience much better performance and battery life by upgrading to these new machines built for Windows 10. The Windows 10 Anniversary Update may finally be the version of Windows 10 users and OEMs have been waiting for. To have the best Cortana experience, you will need microphones tuned for the experience so that Cortana is useful from far-field or even mid-field distances. 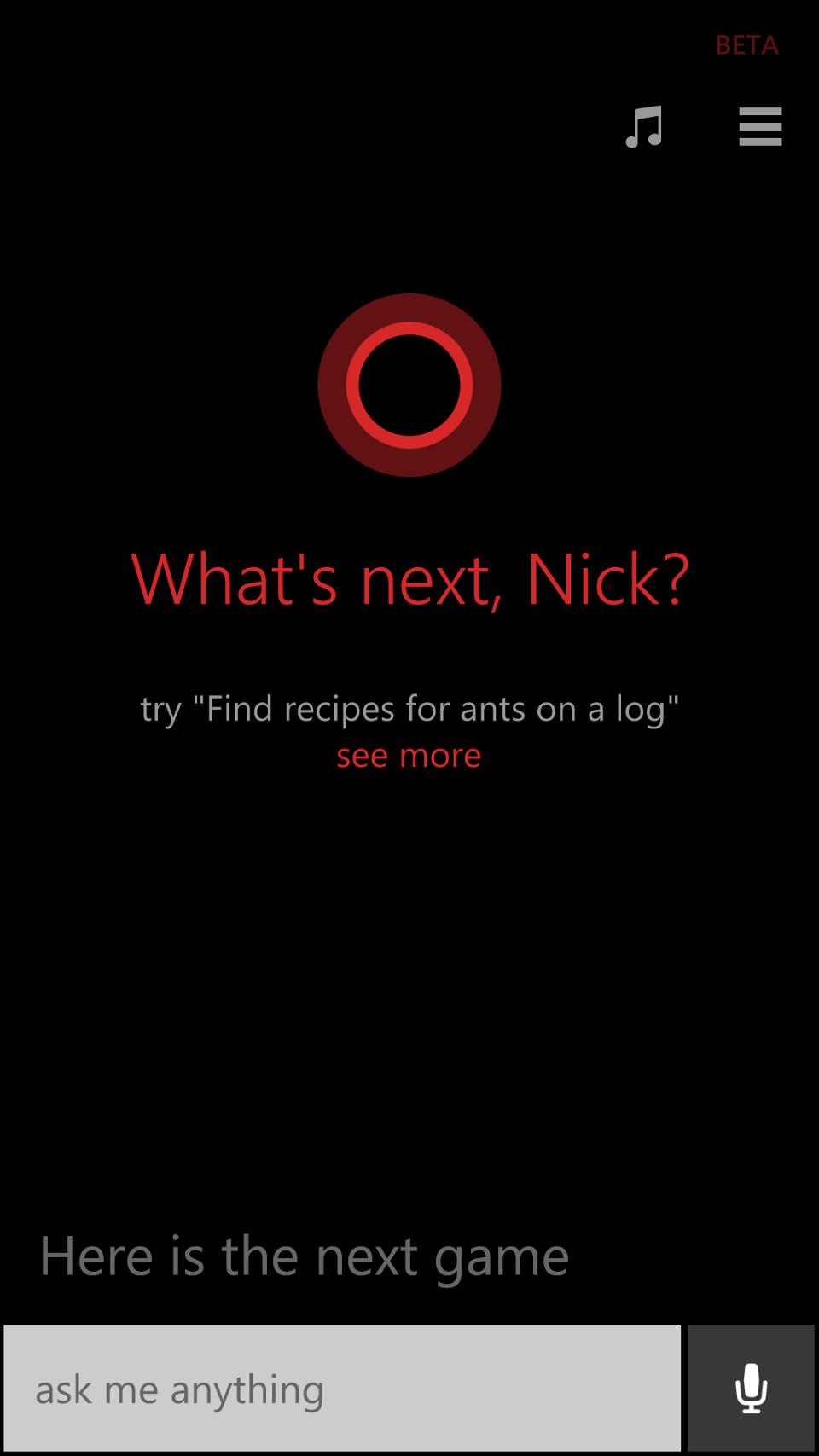 For Windows 10 Anniversary Edition, Microsoft has invested more time in providing or improving features that work better with new consumer hardware, like Windows Ink, Windows Hello, and Cortana. To be fully successful and drive consumer hardware sales, the key will be Microsoft and PC OEM marketing programs and spend that makes the case to buy the new hardware based on the new or improved experiences. This has been tough going so far, hence the depressed consumer PC sales, but if what I am hearing is correct, at least the marketing spend will be there.