Just about every IT organization on Earth has contemplated what their future cloud strategy will look like. Cloud services come in many flavors these days: private, hybrid, and public clouds with service offerings that include IT infrastructure hardware (IaaS), platform services (PaaS), and software / application services (SaaS). Leading companies like  Amazon, Google, Hewlett-Packard, IBM, Microsoft, Rackspace Hosting, VMWare, and others provide a wide range of product offerings and services. The choices can be daunting for IT organizations who need to support a variety of users and applications.

Cloud computing continues to be a very fast growing market with infrastructure services increasing 33% in 2015 to become an estimated $16.5 billion market, according to Gartner. And four leading providers are breaking away from the rest of the pack. By some estimates, Amazon Web Services (AWS), Google, IBM, and Microsoft control over half of the worldwide cloud infrastructure service market, with AWS as the clear number one provider. Rather than trying to go head-to-head with the big guys on price, this market bifurcation forces companies like Rackspace to look for other ways to compete for relevance in the cloud.

The public cloud was originally designed for only the savviest of users—application developers or other companies where web / internet services were core to their business. But over the last several years, public cloud infrastructure providers have expanded their reach to new customers. For example, AWS now boasts a diverse customer list that includes more than a million active customers in 190 countries. 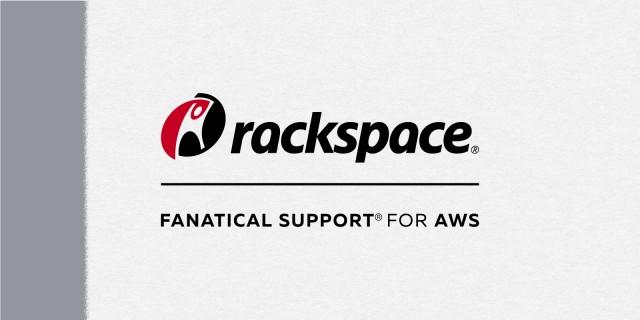 Can “coopetion” give IT organizations what they want?

Public cloud remains a great choice for self-sufficient users. But as more mainstream IT organizations seek the public cloud for cost savings and efficiencies, they may not have sufficient staff or expertise to architect, migrate, manage, or govern their infrastructure for AWS, Google Cloud Platform, Microsoft Azure, or other cloud offerings. For organizations where IT is not a core business differentiator, it is difficult to justify the expense of hiring a set of experts to manage their IT infrastructure in public cloud environments. Managed services on top of public clouds will be critical to Amazon, Microsoft, and others looking to expand their public cloud customer base to mainstream IT organizations.

It’s a bold move that doubles down on Rackspace’s claims that their differentiation is managed services, not infrastructure. Rackspace’s AWS product offering follows their announcement earlier this year to provide managed services for Microsoft Azure. These announcements show that Rackspace betting on multiple horses to capture market share in the public cloud.

Rackspace also can use this move to show that they are infrastructure-agnostic. They provide offerings for dedicated hosting, private cloud (with OpenStack, VMware, and Microsoft flavors), their own Rackspace public cloud, Microsoft Azure, and now AWS. Customers have a combination of choices to meet the various needs of their applications.

But Rackspace must demonstrate to potential customers that using Rackspace to manage their AWS environments will cost them less than employing the comparable staff with expertise in AWS with 24x7x365 support. Rackspace’s ability to prove this cost savings to IT organizations will be key for determining the success or failure of the Rackspace Fanatical Support for AWS product.

Rackspace claims that they do not expect significant revenue from managing others’ public clouds this year, but I believe this will be a long term growth engine for the company, since the market potential is huge. Doubling down on a strategy to differentiate on services by turning cloud hardware infrastructure into a commodity could pay long term dividends for both Rackspace and its customers.