Ever since Microsoft unveiled Windows 8 at the BUILD event in 2011, it was apparent that the Windows PC future was touch, gestures, tablets, convertibles, and hybrids. Intel’s unveiling the following year at Computex 2012 with 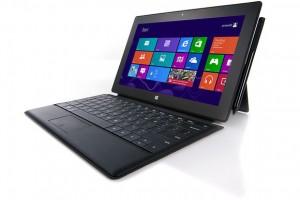 a plethora of form factors solidified that future. To predict the future of PCs, one must have an opinion on a few important areas of interest. One topic that requires a lot of analysis is if a convertible PC can replace your notebook or a 10” tablet.  I do a lot of contextual research and I wanted to put it to the test and share with you my personal experience.  I can tell you that under many circumstances, the latest convertibles can replace a notebook and/or a 10” tablet.  Let me start with the methodology.  You can find the detailed test matrix here.

I switched between the convertible models above and performed 12 unique usage models:

I then used each of those usage models across five different locations:

Finally, I ranked the experience as Poor, OK, Good, Very Good, and Great.  I found what came out of the data quite interesting and I think you will to. 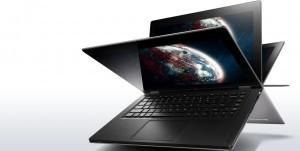 The first big takeaway is that for me, I prefer a convertible over a traditional notebook.  I don’t feel like the experience was compromised in any way that didn’t have an easy workaround.  Every one of the convertibles was an Ultrabook, meaning they all had solid performance with a Core i5 or i7, woke up very quickly, had at least 5 hours battery life and had sufficient storage at 128GB of SSD unless you’re a hard core PC gamer.   Both the Dell and Surface Pro had 1080P displays, too, so these were no compromise.  To provide a thin and lighter experience, all convertibles had minimal number USB-3 ports, so if that’s important to you when you are attaching a keyboard, mouse, scanner, or printer, just get a USB-3 adapter.  To remove many of the cables when I sat at my desk, I used a wireless keyboard, wireless mouse, wireless printing and only needed one tiny Logitech Unify USB dongle. 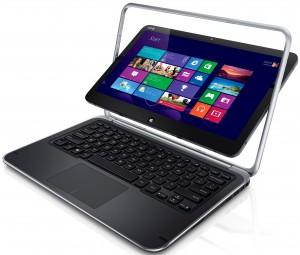 The second takeaway was that by making a few bi-modal software changes, a convertible can do a good job on tasks that were exclusively the realm of my 10” tablet.  Let’s take email and calendar. When I am using the convertible as a laptop, Outlook is best suited for this task.  When using the convertible in tablet-mode and I’m sitting on the couch, using Windows Mail and Windows Calendar were most comfortable.  Once I got familiar with the bi-modal software, it worked well. Another good example are movies.  I expected convertibles to have a lousy movie viewing experience but to my surprise it was pretty good when I switched to “movie mode”.  Movie-mode is when you flip the convertible so it’s screen-first, with the keyboard toward the back of the machine.  This worked well on planes, in bed and even on the coach.  This was one of my biggest surprise finds.  Movie-mode also helped when I was on an airplane when the person pulls their seat all the way back.  The display is oriented very close to my face and the keyboard is tucked away so that I could comfortably touch the display.

The next major takeaway for me was that when I really needed to do something really quickly or was looking for that lightest weight and most convenient device, I reached for my smartphone. These were situations where I quickly wanted to check the weather, email, Twitter and even read the news with Pulse.  While my HTC One isn’t a “phablet”, the display at 4.7” and a lot larger than my previous iPhones.  So my large display smartphone fulfilled that convenience need.

Finally, there were things that weren’t a surprise that need to be stated for comprehensiveness.  Convertibles weren’t designed to be the best book or magazine reader.  The displays are large and the units are multiple times heavier than a real book or Kindle.  I read books on my 7” Nexus, not the 10” iPad anyways.   While the nearly 5 hours battery life worked pretty well on domestic flights between Austin and San Jose and New York, the convertibles ran out of gas on international flights if I didn’t have a plug.

Let me get back to the original question. Can a convertible PC replace a notebook or a 10” tablet? In many instances, yes, in a few cases, no.  If you are willing to make some changes in the software you use on the device based on if you are using the convertible in laptop or tablet-mode, many usage scenarios will work very well.  I want to state that this is the state of the arttoday, but it only gets better in the future.  I expect that Intel will soon have the ability to produce an SOC that has “Core-level” performance so that an OEM could develop a fanless tablet as thin as the iPad and with 10 hours battery life. This is based upon my predictions, not Intel’s.  AMD already has  its Temash SOC out enabling fanless tablets.  This will really change the game and substantially improve all the tests I performed.

If you’d like to look at my entire data set you can find that here.