Yesterday, Facebook announced “Home”, a skin that runs on top of Android, pulling consumer’s Facebook experience up to literally the lock–screen of the phone. The demos were 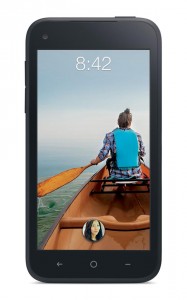 fast, fluid, and very different than anything Android has to offer.  A lot of thepress coverage ensued that talked about the big threat this could bring to Android.  Techpinion’s own Steve Wildstrom got into the action, too. The drama is fun, but nothing is farther from the truth on how this will play out.  Facebook Home, in its current form, is nothing more than a skin like MotoBlur, Sense and TouchWiz which will encounter the same challenges and consumer push-back and carrier and handset challenges.

Some of theories that were used to justify the big threat to Google went like this:

The problem is, none of these logic paths end with the destruction of Google or Android. Let’s peel back the onion.

Anything that slows down the experience for a phone will ultimately get disabled or make consumers very unhappy.  Consider the skins that the major manufacturers install.  There isn’t a single one that doesn’t slow down the base experience when compared to a native Nexus phone.  Not a single one.  I doubt that Facebook Home has found some magical way to crack the code on how to place a layer onto a layer on top of an OS and make it fast.  The demos were fast and fluid, but I am highly skeptical that it will actually work this well.  Only Google holds the keys to this as it involves deep access to the kernel of Android, not the base Android APIs. You think Google gave Facebook access to that?  No way. Facebook will be constantly chasing multiple versions of Android, never able to get the experience where they need it, and it will be slow and buggy.

The next issue with Facebook Home is that doesn’t enable the total experience.  Users will be abruptly moving back and forth between Home and the rest of their home, kind of like switching between two different phones. While not as jarring as moving back and forth between Windows 8 Metro and Desktop, it is still like having two different phones. Facebook Home offers Facebook and Instagram capability, Address book, Messenger and even repackages texts.  But what about the other things you want to do with your phone?  Things like searching for the nearest restaurant, driving directions, tweeting, taking pictures, or web search?  Does anyone really think that if Facebook makes those critical usage more difficult to access, consumers will like that?  The promise of Facebook all the time will be extinguished by the complexity of having two experiences or two phones.

Let’s now address control, control of Android and control of the experience on two levels.  Let’s start with Android control. Google controls Android and they can change the terms and conditions as they see fit.  Android isn’t Linux, it’s owned by Google and they can do what they choose with future versions.  If Facebook Home would surprisingly gain popularity, they will simply change an API or a condition of Google Play or the Android license to make life difficult for Facebook.  It’s no different from what Microsoft has done for years on Windows and I don’t see that changing if or when Tizen or Windows 8 becomes more popular.  Let’s look at control of the experience.  Facebook Home has a built-in governor.  The carriers and handset makers know from Apple that those who control the experience hold the keys to the kingdom.  Sure the carriers and handset makers will take Facebook’s revenue share deal and engineering resources, but don’t think for a second they will keep doing it if it starts to get too much traction.    Therefore Facebook Home can only get limited traction or they will get shut down by carriers and handset makers, which forces Facebook to do what they didn’t want to do, which is do their own phone.

In summary, the Facebook Home announcement showed some nice looking demos of Facebook and how the Facebook experience could be improved.  It doesn’t show, however, how the holistic phone experience is improved.  Consumers do more than Facebook on their phones and that’s where Home breaks down.  Consumers don’t want different experiences, they want one connected experience.   Didn’t Apple teach us that? Even technically, Facebook will have challenges even delivering a fast and engaging experience because, like skins, they are constantly chasing a moving target. They have the same access to the APIs as everyone else does, and only Google holds the keys to the kernel.  If Facebook Home ever does get traction, it will be fleeting because Google can and will change something in Android or change the terms and condition to make life difficult.  Carriers and handset makers will gladly take Facebook’s money now, but if it gains too much traction, they will be forced to drop it else lose control. They don’t want two Googles.

Facebook Home will be a niche offering until Facebook can build out a winning set of holistic phone services and apps, but based on control, will ultimately need to get into the phone business, a tall and risk-laden order.