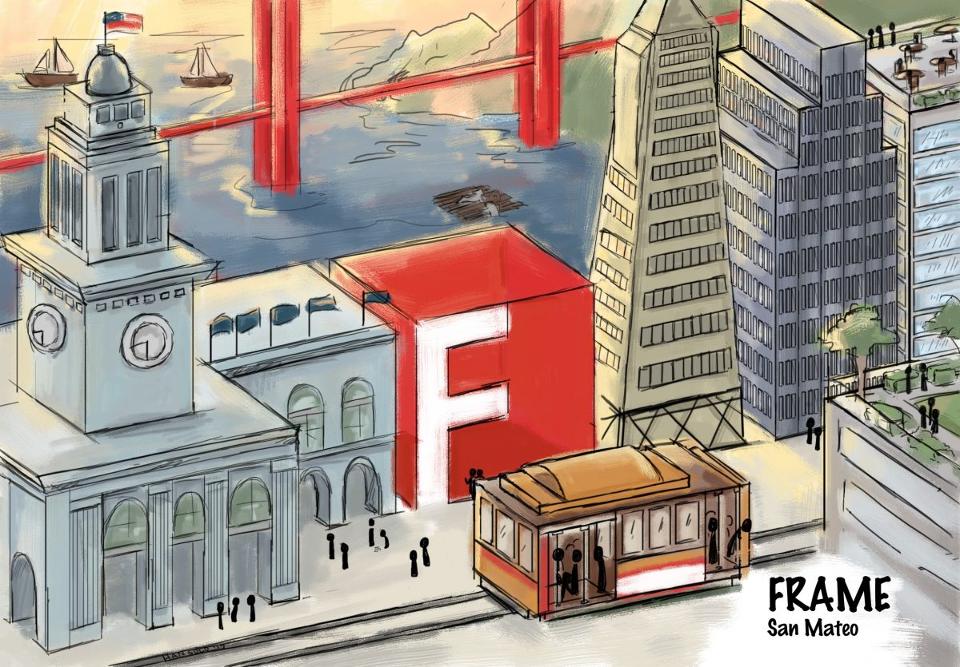 Frame, a cloud app streaming platform, announced today they secured a sizable, $16 million Series A funding round from a number of very credible players: Microsoft Ventures, Bain Capital Ventures, and In-Q-Tel, with participation from a previous investor, CNTP.

That number and those investors is enough to make anyone’s head turn and ask—wait, who? And for that matter, what makes them worthy of such a large investment? I have been researching a lot about VDI, streaming and security over the past years and thought this was interesting. Today I’m going to dive into the “why” and “what” question and explain why Frame is an interesting company worth keeping an eye on in the future. The net of it is that Frame uniquely addresses app streaming and VDI workloads in a cloud-native way no one else is doing today.

Growing demand for VDI and app streaming within the cloud

Frame was formed in 2012 under its original name “Mainframe2”, in response to the rising demand for Virtual Desktop Infrastructure (VDI) and application streaming brought on by the increased focus on cloud computing and security. This coincided with big VDI improvements on NVIDIA virtual GPUs and the benefits of the public cloud. For those unfamiliar with what app streaming and VDI are, let me try and simplify. The app is actually being run on a server and GPU in the cloud, not on the local device, and what you are seeing and interacting with is a highly-compressed, low latency video stream. You can run Frame apps in any modern browser without any special connector software on the client device.

The company’s founder, Nikola Bozinovic, grew up in Serbia and experienced personally how difficult it could be to gain access to modern software tools—Frame was founded upon his mission to bring “the best tools for design, engineering, and science to anyone, anywhere.” Imagine being able to run Adobe Photoshop on a smartphone on your commute to work—sounds crazy, but that’s exactly what Frame does. Bozinovic bracketed the opportunity to apps that traditionally had a hard time streaming, those graphically intensive apps for workstations and high performance PCs.

Since its formation, the company has been picking up steam— it tripled its revenue in 2016, and recently expanded support to Microsoft Azure, Azure Government, and AWS GovCloud. It’s currently readying the launch of a direct-to-enterprise version (named appropriately but rather uninspiringly Frame Enterprise)—this will give enterprise IT departments the ability to host and deliver their own Windows desktop applications. There’s a lot of things happening for Frame right now, and judging by this flurry of growth and investment, this is a company that is right in the middle of picking up significant momentum.

Frame uses major, horizontal hyper scale cloud services like Microsoft Azure and Amazon Web Services (AWS) to deliver virtual applications and full desktops to devices.  From connection broker to identity management gateway, every Frame subsystem utilizes advanced, powerful, cloud-native tools. I have personally experienced a superior user experience and easier administration than Amazon WorkSpaces, and lower operational costs than its enterprise competitors. Frame already boasts an impressive roster of big-name customers, including Adobe, Autodesk, HP Inc., and Siemens, as well as a number of clients from the public sector who prefer not to be mentioned for security reasons. I think the fact that these big companies are getting on board early is a good indicator that Frame is really onto something.  Many companies at Series A stage have no customers and revenue so I think Frame is ahead of the curve.

Two of the more traditional VDI solutions who you’ve probably heard of are Citrix Systems and VMware. These solutions however, unlike Frame, were designed primarily for non-elastic single-tenant datacenter infrastructures. Frame represents a necessary cloud re-envisioning of the architecture, devops principles, and overall vision of VDI solutions. It’s not that Citrix Systems and VMWare can’tget there, it’s just that cloud-native isn’t their center point. They have a lot of on-prem business to protect, too.

This investment round promises to speed up the market shift from these on-prem solutions to Frame’s more scalable cloud platform. I think this is going to prove to be the wave of the future for complex apps that need to be “cloudified”—cloud based application delivery is simply orders-of-magnitude faster, and for that matter, easier to deploy than its on-prem counterparts.

Security in the public cloud

Security is of utmost concern when we’re talking about the cloud and strategic data. Frame claims to be the ultimate security solution. Since applications are running in the cloud instead of your computer, your private data never has to leave the fortress—it just stays safely inside the cloud datacenter. Remember, Frame is sending you literally video frames of the app, never sending any real data bits. Once your session is complete, the virtual machine your apps were running on is obliterated—which basically eliminates the potential for client-side security breaches and unauthorized access. It’s hard to hack something that no longer exists.

Communication between the client device and the cloud is secured by Frame’s encrypted protocol, and the only thing connecting the two isolated networks is Frame’s protocol. On top of that, Frame has the certification to back up its security claims—it achieved SOC 2 certification in August of last year. Frame says it runs regular penetration tests to make sure no holes open up in its defenses, and it also consults with its cloud partners and third-party security specialists to make sure safety and security is never being compromised. Security can be a real Achilles heel (or perception) of cloud-native solutions, and concerns about it are one of the biggest barriers to widespread adoption—with that in mind, I think Frame has demonstrated a clear commitment to keeping its services safe from breaches. Security is a constantly moving target and Frame and its cloud partners will need to be ahead of the curve.

Frame says that over 80% of their customers are looking for a flexible, multi-cloud solution. The company’s platform provides a single pane of glass to connect resources from Microsoft’s Azure and Amazon.com ‘s AWS today, with Google Cloud support slated to debut later in 2017.

Flexibility is key here- every customer has different needs, and those needs can change at the turn of a dime. There are a lot of considerations to make in finding the right cloud service. When it comes to latency, the closest region will typically provide the best performance. Some workloads necessitate various special resources—GPUs for example.

While both AWS and Azure offer GPU services, each has their pros and cons, For example, AWS has had  GPUs widely deployed for several years but Azure is just in the early phases of GPU rollout. Azure’s new N-series seems to be significantly faster than anything AWS currently has.

For some, the greatest consideration of all is cost; while AWS’s price-performance ratio is unparalleled, with Azure, customers have the option for minute-accurate billing instead of AWS’s full hour increments. Google Cloud Platform at their Next 2017 conference was even talking about by the second pricing!

Frame has developed its multi-cloud capabilities for the very reason that they, like their customers, see pros and cons across all three major cloud providers.

Frame touts its status as “the only true pay-as-you-go platform”. Unlike the traditional fixed-cost VDI model, Frame only charges for the infrastructure that is actually used. This makes sense as it sits on AWS, Azure and GCP. This can be way more flexible when usage is bound to fluctuate on a seasonal, monthly, even daily basis. Many companies can and do build on-prem solutions, but if you want true flexibility and pay-as-you go billing, Frame is an appealing option. While I can’t share names with you, I can say many have tried to build this in-house and have failed. That’s not to say it won’t happen in the future, only that it’s hard.

BYOID: bring your own identity

Most companies already have some sort of SSO (single sign-on) solution in place, and one of the benefits of Frame is that it allows companies to bring their already established identity along with them. To that end, Frame has integrations with a pretty impressive range of IDaaS (identity management as a service) options, including but not limited to ADFS, Azure AD, Okta, Ping Identity, and Google. Frame can also integrate with conventional AD systems running on companies’ own servers. This flexibility only further lowers the barriers for entry for companies looking to adopt Frame.

VDI and app streaming is gaining steam based on the increased security need and using the public cloud adds scalability and flexibility. Frame ticks off all of these boxes and allows companies to bring their own identity schema and enables multi-public cloud to improve performance and potentially lower costs. With these factors considered, coupled with the new investment announced today, I think Frame is well-positioned to attract more customers and investment. Competition isn’t standing still, but Frame has a head start with their cloud-native app streaming platform.