As a technology industry analyst, I have stayed on the sidelines for the Dell DELL -3.04%-Icahn-Southeastern dealings, with the exception of a few press interviews.  We industry analysts best understand the industry and we let the 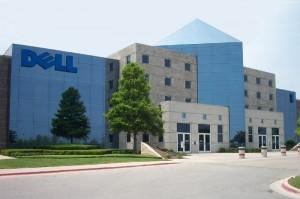 financial analysts focus on those things they do best, finance.  It is now time for me to weigh in on what I consider a total debacle, a total lack of understanding of Dell and the tech industry. The current institutional investors who are mulling which way to vote on the Dell-Silver Lake offer appear clueless and need to be careful or risk losing a ton of money.  Let’s start with the basic Icahn-Southeastern hypothesis.

Technology the same Dynamics as Railcars and Home Fashion?

Icahn and partner’s basic premise is that a newly appointed board can run Dell better than it’s running Dell today, and therefore they must think that Dell’s current board is mismanaging the company.  Many in the industry would like to know who those proposed board members are, their backgrounds, and exactly how their strategy would be different. Are the proposed board members smarter, more experienced than the Dell’s current board?  So far, no details from the Icahn camp so it’s impossible to assess.

Given the massive wealth Icahn has amassed, he obviously has some brilliant folks, but would the new board have technology backgrounds or would they come from areas where Icahn has amassed wealth?  Icahn Enterprises web site states that, “Icahn Enterprises L.P. (NASDAQ: IEP), a master limited partnership, is a diversified holding company engaged in nine primary business segments: Investment, Automotive, Energy, Gaming, Railcar, Food Packaging, Metals, Real Estate and Home Fashion.” Outside of investments and energy, each one of these markets is dominated by slow rate of change in terms of market dynamics, competitive shifts and growth.

Take high tech smartphones as an example. Five years ago, the leaders in smartphones were Nokia NOK +2.54% (40% share), RIM (16% share), and thenApple AAPL -0.79% (9% share).  Android, hadn’t even shipped a phone five years ago and now it is the leading smartphone operating system today.  Nokia and RIM are almost out of the smartphone market and now Samsung (33% share) and Apple (17% share) lead the pack.  Five years ago, Facebook had 100M users and Twitter had around 1M tweets a day.  Now, Facebook has 1.1B users and Twitter now has 400M tweets per day. Technology isn’t railcars.

To give investors a better sense of comparing boards, Icahn and partners should divulge exactly who would be on the newly proposed board of directors.

What exactly is the New, Proposed Strategy?

Appointing a new board of directors would mean a new strategy, but what strategy? To offer nearly $25B to buy something, you must have some theory on what can be improved that the other guys missed or mis-executed.  There must be some low hanging fruit that no one else sees, right?  So far, there have been no specific proposed strategy changes floated by the Icahn camp.

I have been researching Dell’s strategy for close to 20 years. I was their competitor at AT&T and Compaq for nearly a decade, was a supplier for over a decade at AMD, and my firm researches them and their competitors today.  I can claim expert here.  As PC growth declined, Dell had to pick a direction: stay bottled up in the consumer client-computing market or grow into an end-to-end enterprise player in data center infrastructure, software and services. Looking what it took for Samsung and Apple to rise to a duopoly in consumer phones and tablets, Dell chose the right direction.  Dell, who was very strong in servers and business PCs, went on a $13B acquisition tear for five years in services, software, storage, and security to pull together those pieces to become that end to end player.  It is a strategy that will take at least five more years to bear full fruit, as Dell needs time to pull those disparate parts into one holistic offering.

So what is the Icahn and partner’s strategy?  No one knows, but if that camp views previous Dell acquisitions as a bad choice, one must assume that divestitures is in the cards, selling off many of the businesses that Dell just acquired.  To an end-to-end enterprise player, this is like amputating a foot on a runner.  You need all limbs in good condition to finish the five year race.  I would view the selling of assets as a pre-cursor to Dell’s demise as a company, but this is what I view as a high probability with an Icahn acquisition.

To remove any ambiguity, I think it would help clarify for all investors for the Icahn camp to reveal some parts of the new strategy. Imagine what happens to the stock price if, when the smoke clears with an Icahn win, there isn’t a new and amazing strategy or one that’s rejected by the employees.

There is a scenario where Michael Dell could still hold around 40% of the shares and could wage a proxy battle if Icahn won.  There could also be a split board of directors, a total mess. So what if Michael Dell just sells his stake and walks?  Michael Dell is worth billions, there are a lot of other interesting investments to make, and I’m sure his wife and kids would love to see him home more often.

While I think the possibility is low that Michael would walk with an Icahn takeover, investors should consider the “what-if”.  At this stage in Dell’s turnaround, if Michael Dell, left, Dell Corp. would die.  It’s as plain as simple as that.  Dell has great lieutenants, but if you’ve ever worked in a large, high-tech company, you know that the CEO choice drives the “operating system” of the company. The CEO drives the way decisions are made, the operating cadence, and is the cheerleader to the employee base.  This is particularly important when you have a founder-CEO.  You don’t want your founder-CEO leaving during a time of chaos, you want years of transition to a new one.  I can just imagine what happens to the stock price if Michael left.

Where to from here?

Investors have a big vote on July 18 to accept or reject the Dell-Silver Lake offer.  The rumor mill is saying that the ISS, or Institutional Shareholder Services, is turning sour on the current Dell-Silver Lake deal.  If that happens, I believe few institutional investors would risk getting sued by investors and the deal would likely get shot down, even though they don’t know for sure who the new board would be, what the new strategy is, or if Michael Dell would stick around.

If the Icahn deal goes through, Michael Dell could wage his own proxy battle and there could even be a split board of directors.  This sounds like a complete mess and chaos would ensue.  What do you think that does to the turnaround momentum, employee and customer sentiment….. and the stock price?  If $13.65 a share sounds low, how about the pre-buyout price of around $9 or lower?  That is what the current institutional investors are risking here, based on their lack of understanding of high tech and what it takes to position Dell for growth.

You can find me on the web, Twitter, LinkedIn and Google+.

Disclosure: My firm, Moor Insights & Strategy, provides research, analysis, advising, and consulting to many high-tech enterprise and consumer companies, including Dell, who is referenced in this article.  No employees at the firm hold any equity positions with any companies cited in this column.