The Consumer Electronics Show (CES) is best known for gigantic 4K TVs and Android-powered refrigerators, but this year’s CES brought brand new smartphone chips from Intel, Nvidia, and Qualcomm.  While information is still limited, all three of these players brought their best to the game and I wanted to share with you what I saw and heard at the show.

Last year, Intel showed that they could be competitive developing mid-range smartphone SOCs on power and web performance with 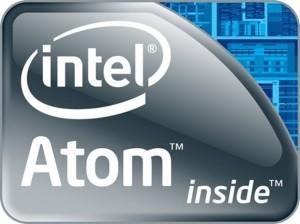 the their X86 architecture, SOC methodology and on a process some called “behind” at 32nm.  ”Medfield” was adopted by Motorola outside North America and by small, regional players (Orange, Lava, Megafon, ZTE, Lenovo) for what would be considered a “mid-range” solution for traditional markets.  Even though it provided really good web performance and battery life, big brand manufacturers didn’t put them into their highest-end “hero” phones, primarily due to their lack of an LTE solution and what they had seen from Intel in prior years. They needed to see something from Intel and 2012 was an OEM “show-me” year.

This year, I attended Intel’s announcement of a  “value” SOC (System on Chip), called the Atom Z2420, whose platform code name was “Lexington”.  By “value”, Intel means that it targets lower price-point phones for emerging regions.   Technically, the Z2420 is a down-clocked version of their mainstream solution in phones today, called the Z2480 that operated from 1.6 to 2.0Ghz.  The value Z2420 is a dual thread, single core SOC clocked at 1.2Ghz with Imagination’s SGX540 graphics and can be paired up with the Intel XMM 6265 (HSPA+) baseband.  For a “value” phone, Intel is providing some high-end features like dual SIM, a burst shot 8MP camera, 1080P video, and wireless display.  I really like the concept of wireless display, but I doubt too many emerging region TVs have this feature.

For the mainstream space in 2013, Intel also talked about “Clover Trail+”, or the Atom Z2580. Intel was stealthy and reserved on details other than to say it is four thread, dual processor cores and provides “2X CPU performance” and “dual-core graphics”.  There were no details on handset makers, frequencies, or  graphics performance, but hey, Intel needs to leave something stealthy for Mobile World Congress, right?

Two years ago at CES 2011, Nvidia stole the show with their Tegra 2, making its way into many “best of show” products 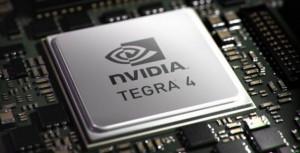 including the Motorola  Atrix 4G and Droid Bionic smartphones and the Xoom tablet.  Nvidia’s stock price increased 57% in 20 days and they were literally the most talked about company at CES that year.  The smartphone market has shifted considerably since then with increased vertical integration by Apple, Samsung, Huawei, and now even LG and the downfall of HTC.  Needless to say, Nvidia did a lot better in tablets in 2012 than smartphones with their big wins in the popular Nexus 7 and heavily marketed Microsoft Surface.  So what about 2013?

At CES 2013, I attended the Nvidia Tegra 4 event where they formally announced “Wayne”, a 4+1 core, ARM A15-based CPU and 72 core GPU SOC.  Nvidia says Tegra 4 provides “6X the GPU performance of Tegra 3”, “2.6X faster web browsing”, “45 % less power”,“14 hours HD video” and supports 4K (UltraHD) video.While Nvidia gave more information out than Intel did on Clover Trail+, they still held back some key information, probably some that we will see at MWC.

One very interesting nugget Nvidia did discuss was their Icera i500 “soft” modem or in long form, a Software Defined Radio (SDR).  Nvidia made a comparison to a “conventional” modem, clearly aiming their sights at Qualcomm.  Nvidia said that the i500 was 40% smaller and could be upgraded to future modem technologies as the standards come together.  The promise is huge and the i410 AT&T certification is at least a proof point that SDR works well enough to get qualified on one CAT 2 (50mbps) network in the U.S.  There are more Nvidia details on AnandTech’s if you are looking for more technical deep dives.

I am hopeful we will see some key handset wins for Nvidia at MWC and more technical data to get a better competitive grasp.  One thing is certain, this is a big step up from Tegra 3. 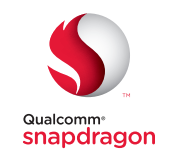 in wireless products and licenses many of the 2G, 3G, 4G and LTE technology today to others like Intel and Nvidia.  For 2012, Qualcomm introduced  four tiers of their Snapdragon SOC line- S1, S2, S3, and S4 for different smartphone performance, power, and features.  These different tiers addressed nearly every conceivable kind of phone at every possible price.

At this year’s 2013 CES, Qualcomm  provided a lot of information publicly, making it easy to understand exactly what they are delivering in 2013. They announced two new SOCs, the Snapdragon 800 and 600.  They also rebranded two of their lower tiers to the Snapdragon 400 and 200.  With the Snapdragon 800, 600, 400 and 200, Qualcomm again wants to have a solution for every smartphone price point and experience level.

Qualcomm announced that the new Snapdragon 800 includes a quad core “Krait” 400-based processor at 2.3Ghz providing “75% more performance than the S4 Pro”.  The Adreno 330 graphics and video have been improved, too, providing “2X compute performance over the Adreno 320”.   GPU compute improves with applications like the computational cameras and video games.  Game graphics performance was not disclosed but benchmarks should be about 75% better.  Video, like Nvidia, is supported at 4K.  Their new Hexagon V5-based DSP added many new features as well which I expect them to leverage more heavily in 2013.  You see, if you can get good experience to run on a DSP, it provides the lowest power way of implementing it when compared to a CPU or GPU.  Qualcomm has really raised their game in DSPs and it makes sense given how the competition raised their games with CPU and GPU.

On wireless, Qualcomm announced they would integrate the highest speed LTE, CAT 4 150Mbps with LTE Advanced Carrier Aggregation, onto the Snapdragon 800 die.   Carrier aggregation is a way to boost LTE performance by tapping into multiple LTE  streams on different frequencies.

Qualcomm announced 50 design wins for the 800 and 600, but didn’t distinguish between smartphones, tablets, smart TVs or other devices, but I am sure we will hear more at MWC.

After all of the data dump above it begs the question, “who will win in smartphone SOCs in 2013”?  At this point, I am forced to give the politician answer, sidestep it, and say, the “consumer”.  At this point, we really need to see more information from Intel and Nvidia and some independent tests as well.  Qualcomm is entrenched and basically showed most of their hand followed by Nvidia followed by Intel, and we will all know more after MWC.  I like that Qualcomm provided so much information as it expresses confidence, but that’s the play you run when you are the biggest.  While Intel and Nvidia aren’t small companies, they are clearly going after Qualcomm’s franchise and need to run a different, more secretive and stealthy strategy.

One thing I can say with certainty is that Intel, Nvidia and Qualcomm have brought their “game” and I am looking forward to Barcelona.  Stay tuned.