At Computex 2016 in Taipei last week, Intel announced their newest lineup of processors which included a brand new 10-core Extreme Edition processor. The focal point of Intel’s new line-up of Broadwell-E processors, the successor to Intel’s previous Haswell-E workstation/enthusiast lineup is the 10-core Core i7-6950X. Intel has never released a 10-core, 20-thread processor to their Core line of processors and has only offered such high core counts with their Xeon server processors. The Core i7-6950X is also the first consumer/prosumer product that they are offering that has as much as 25MB of L2 cache, 25% more than the previous extreme edition processor from Intel. These new processors are beasts, but who wants one or needs one? I certainly want one, but I’m not sure why. 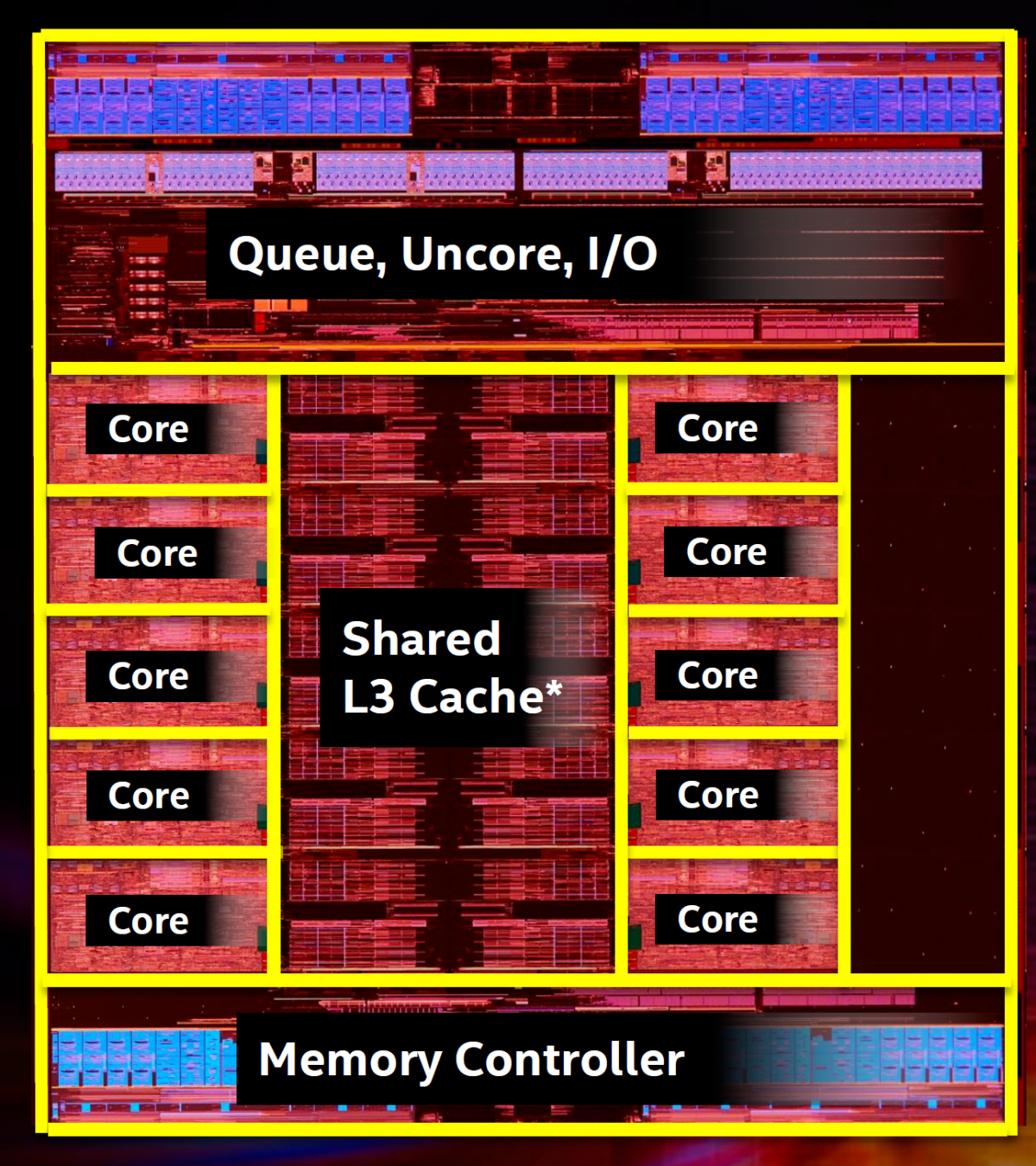 Compared to the previous generation, the new Intel Core i7-6950X is better than its predecessor the Core i7-5960X in virtually every way. The 6950X is based on Intel’s 14nm process node while the 5960X is only a 22nm processor, this means that Intel was able to pack more transistors into the 6950X while till maintaining the same thermal envelope. This rings true because Intel’s TDP between the two processors is still 140W even though the 6950X has two more CPU cores and at the same clock speeds. Intel also bumped the officially supported memory speeds from 2,133 MHz to 2,400 MHz, potentially adding overclocking headroom to those wanting or needing more memory bandwidth. Because Intel is staying on the X99 platform, the amount of PCIe lanes (40) and other chipset-tied specs remain unchanged.

Individually accelerate one CPU core and pin apps to it

With the new Intel Broadwell-E processors, there are some improvements to the overall usability of the processor like a new version of Turbo dubbed “Turbo Boost Max 3.0.” This new version is capable of finding the best Turbo speeds on each individual core and bringing it to that speed even if it isn’t the same as the rest of the cores. One can also “pin” that application to that sped-up core. Because the variance between cores exists, not all cores will clock the same, so Intel has a system of rating the cores based on their ability to clock and then assigns those cores certain Turbo speeds. This is valuable for applications that aren’t very well threaded and are integer-bound. Games aren’t very well threaded, so I think this could work well here.

Intel is positioning the new high-end desktop processors including the Core i7-6950X towards extreme gamers and content creators. Intel is selling this 10-core processor as something to be used for ‘mega-tasking’ a usage that I coined nearly a decade ago. Intel is associating the new processors and overall platform with virtual reality, which makes some sense from the content creation standpoint but doesn’t quite go much beyond that. Intel showed some very strong content creation improvements, but I don’t know where exactly the most efficient place to run this is, on the CPU or the GPU. In the end, it really doesn’t matter how it got a 20% improvement. Intel’s gamer scenario of a 25% improvement is one my son actually does, which is to play a 4K game and stream to Twitch. If I can get my grubby hands on one, I’ll try it out.

The biggest adders of the new platform are the added CPU cores, increased memory bandwidth and native support for things like Thunderbolt 3.0 which allows for external graphics connectivity and very fast storage arrays. However, the benefits of Thunderbolt 3 are a little bit less relevant when you consider that most Broadwell-E based systems will very likely have more than ample local graphics and storage. The primary purpose of Thunderbolt 3 on desktop this platform will be for external storage backups for data security purposes.

Last but not least is probably the most controversial part of Intel’s new processor family, the pricing. The new Core i7-6950X sets a new precedent for the company for Extreme Edition processor pricing. The new Core i7-6950X weighs in at a hefty $1723 per 1k tray price which means the final consumer price could be somewhere around $1,800. This new price is a good $700+ more than the previous generation’s top-end processor the 5960X. There is also the Core i7-6900K which is an 8 core processor priced at $999 per 1k tray and the 6850K and 6800K that are a priced $587 and $412 per 1k tray, respectively.

Intel appears to be doing this for a multitude of reasons, first and foremost they don’t have any competition in the high-end so they get to name their own price. Additionally, Intel most likely wants to protect their Xeons from being undercut by their Core i7 processors so by pricing the 10-core as high as they do they discourage anyone from buying a consumer processor instead of a Xeon. Intel won’t win themselves any fans by pricing this processor like they have, but they are also going to preserve their margins and ASP by doing so. The performance difference between the 6900K and 6950X is so little that is barely justifies the $700+ price increase, but then again most of the top-end processors rarely justify their price increases. However, one must also keep in mind that most people that are going to drop $1,000 on a processor are also less likely to care if the processor costs $1,000 or $1800 as they get bragging right and can tell their friends they have the “best”. Intel is very likely banking on this with their new pricing and it is still to be determined how well it is received by the market since it was just announced.

Overall, the new Broadwell-E based Core i7 processors like the 6950X are designed to set a new bar for the high-end in high-end desktops. Intel is bringing us new processors with improved performance and  features, and while those improvements without a doubt seem incremental to some, they are still improvements nonetheless. Many people were excited to see Intel finally launch a 10-core processor, but they just weren’t as excited to see the price that Intel is expecting consumers to pay. People who is more of a prosumer that uses their desktop for fun and work is more likely to build a system with these new Broadwell-E processors, but the reality is that Intel’s fastest offering simply isn’t that attractive at the price and performance it offers and could have a challenge getting traction.