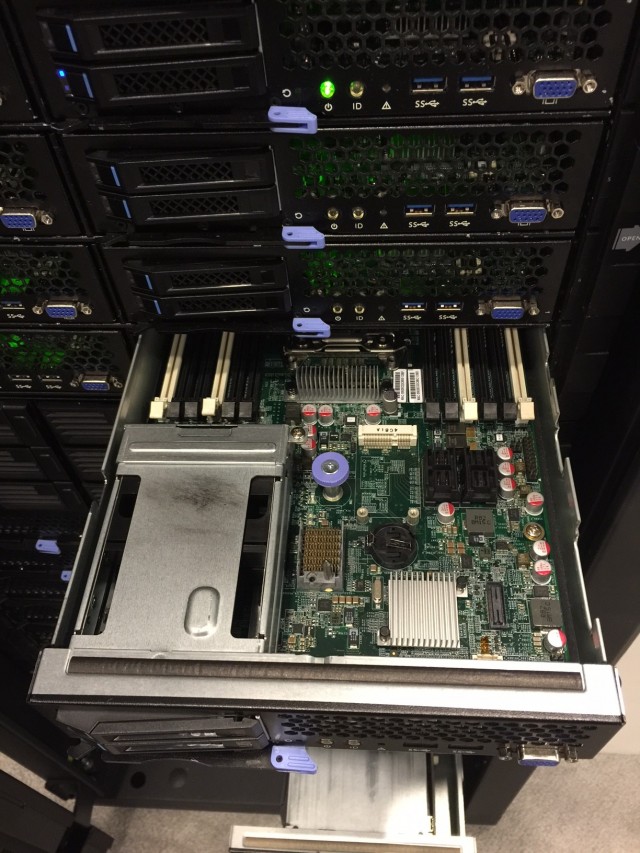 It wasn’t long ago that pundits and financial analysts were predicting Hewlett-Packard would gobble-up EMC Corporation. As normal, these predictions proved to be wrong for probably a myriad of reasons. But EMC’s future is in question once again. Recently, there has been speculation that Dell was considering rolling up the storage giant. On the surface this makes a bit of sense, even if there is considerable redundancy in the two businesses. But I believe there is more afoot.

For Dell the prize is not EMC Corporation but rather VMware, Inc. Market rumblings state that EMC is under considerable pressure from their investors (primarily Paul Singer and Elliot Management Corp.) to divest itself from its 80% stake in VMware.

By rolling up selected assets of EMC, Dell would have the opportunity to become one of the largest computer vendors in the world—especially as HP executes on its plan to separate its enterprise business from its printing / desktop / laptop business. EMC’s market cap is hovering around $50B, and a private combination of EMC and Dell would create what could only be called a behemoth designed to marginalize Hewlett-Packard Enterprise (HPE).

However, I do not believe VMware is the overall goal. The “brass ring” is VMware. VMware generates considerable amounts of cash which could be used to buy out Silver Lake Partners (the firm that originally financed Dell’s going private). Further, Dell has made considerable investments in both datacenter infrastructure as well as moving to become the “Über of cloud brokers”—a clean, user-friendly, vehicle-agnostic cloud migration solution. Amongst other platforms, acquiring EMC would put Dell on a strong footing as the alternative to EMC’s VCE Vblock solution.

Others speculate that VMware will consume EMC and jump forward to become a software and solutions company leading with flash and nonvolatile memory. VMware would more than likely sell off its old EMC storage business unit (BU) to the likes of Dell. Dell would get back the solid storage piece they have lost in the battlefield over the years.

Through this acquisition, VMware could focus on selling virtualization as its base offering on the private cloud side including layers such as NSX, vRealize, RSA, and vCloud director. On the hybrid cloud, VMware could focus on delivering vCloud air, Federation Enterprise Hybrid Cloud (FEHC), RSA, and Virtustream over the top. For certification, customers could still rely on VCE or whatever manifestation comes out of a Dell acquisition.

I believe Dell is making a power play, even if it’s a red herring. However, from a strategy perspective it makes sense, and Dell’s presence is more strategic than other suitors that have danced around this campfire. From an acquisition perspective, EMC has been tossed around like a volleyball at a beach tournament. Until now, these rumors did not make much sense. As my colleague Jimmy Pike outlined in his article, the storage systems approach continues to lose business to in-rack storage as workloads move to the cloud. Software-defined storage (SDS) businesses like Cloudian, Nexenta, Springpath, and others are gaining traction. Flash is declining in price, and technologies that allow the DRAM array to include nonvolatile memory to act as normal system memory are emerging. This industry needs leadership.

Whatever happens, the beasts are dancing, and it will be interesting to see who emerges as the top monster.