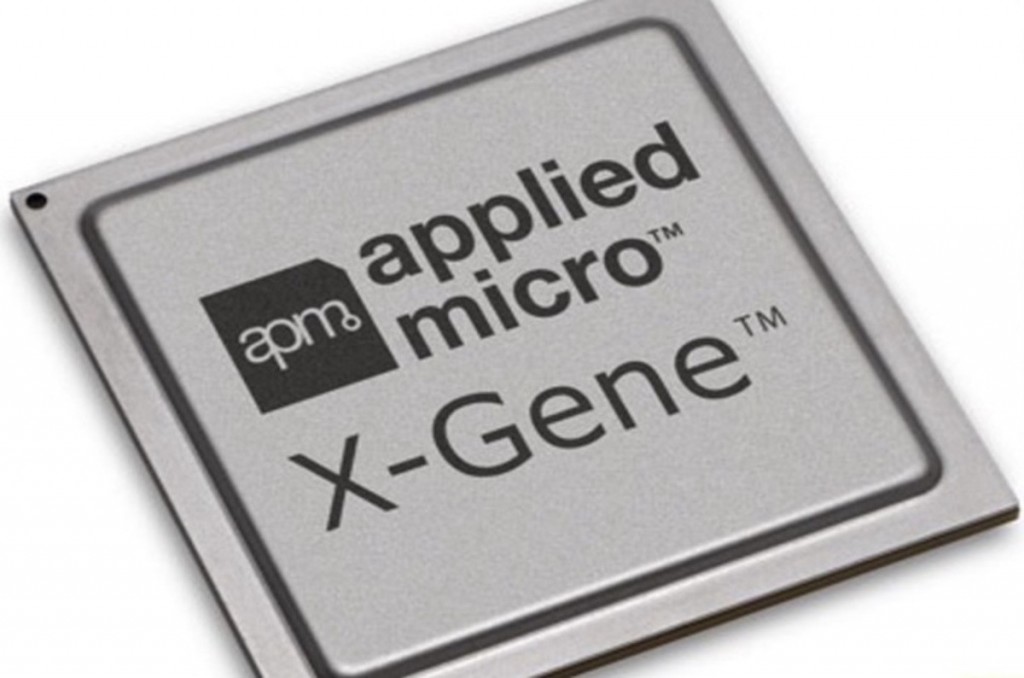 The void left by the Advanced Micro Devices X86 server chip “sabbatical” five years ago created a massive opportunity in the server SoC space. It had to be filled with something and that something has primarily beenIntel and then ARM-based server chips. ARM Holdings -based servers have been in development for years now and the ecosystem is slowly, but steadily growing. New ecosystems like ARM servers take time, but then again, it feels at times like OpenPOWER has sucked some of the oxygen out of the ARM Holdings server room. There are some larger players in the space like Advanced Micro Devices, Broadcom and Qualcomm and some smaller, more focused companies who are successful in networking like Applied Micro Circuits and Cavium.

I see Applied Micro Circuits (AppliedMicro) as the current leader in the nascent ARM server SoC space. This doesn’t mean they own that forever as this is a very dynamic space, but right now, this is the case. They are already shipping their first generation SoC, X-Gene 1 in mass quantities and the second generation SoC (X-Gene 2) in lower quantities. AppliedMicro’s architecture uses larger, custom CPU cores and a large memory controller.  There are other ARM-based solutions out there with many, smaller cores and memory controllers, as with Cavium, but they are limited in the numbers of workloads they can address. I do not believe Cavium’s final silicon for their first SoC is even shipping yet. AppliedMicro has chip solutions shipping today ranging from embedded applications all the way to the general purpose data center. As I saw at SC15, X-Gene processors are also getting mind-share in the HPC (high performance computing) space, particularly when tied with an NVIDIA GPU or FPGA accelerator from Xilinx or Altera. I met with AppliedMicro both at ARM TechCon, ARM’s development show, and SC15, the world’s premier supercomputer show. I also met with large end users with very large HPC and enterprise footprints.

At ARM’s Tech Con, I moderated a panel consisting of Hewlett-Packard Enterprise storage, EMC storage, ARM Holdings IT and Morgan Stanley IT where we discussed ARM Holdings technologies in the server space. All four of them discussed either how they are currently using AppliedMicro or that they are evaluating.  At the end of the panel,  AppliedMicro announced their latest SoC, the X-Gene 3 64-bit ARM processor. AppliedMicro is touting  X-Gene 3 as the first 64-bit ARMv8 FinFET processor in the world, which they have said gives them advantages over their other ARM server competitors in terms of transistor density, power and performance. From what I know now, this is an accurate assessment, but then again, Qualcomm hasn’t publicly shared many if any details on exactly what they’re doing.

X-Gene 3 is what many people I talk to are asking in an ARM server SoC, and that is many large cores, a correspondingly large enough memory controller, and lots of I/O. AppliedMicro announced that X-Gene 3 has 32 large processor cores, 8 memory channels, and 42 PCI-e lanes. As they described this could be a really nice chip. AppliedMicro CEO Paramesh Gopi showed a sample of X-Gene 3 and said mass production would be sometime in 2017.

As a follow up to their announcement at ARM TechCon, AppliedMicro made an announcement at SC15 in my hometown, Austin, Texas, where they unveiled their new X-tend interconnect technology.

AppliedMicro says that X-Tend interconnect technology is specifically built for multiple generations of the X-Gene SoCs (X-Gene 1/2/3) to be connected seamlessly. It is designed for interconnected servers to share memory together and allow the operating system to access very large aggregated and elastic memory pools. X-Tend also utilizes open standards for its interconnect technology like PCI Express which should make the integration easier across different types of datacenter environments. This could increase the usefulness of AppliedMicro’s X-Gene family of 64-bit ARMv8 server SoCs by enabling better connectivity between the chips and denser deployments. As a result, X-Tend is designed to allow much more improved scaling between servers and makes deploying dense clusters more cost effective and power efficient.

The current crop of AppliedMicro technologies are already shipping to OEMS, ODMs and end customers in the form of X-Gene 1 and X-Gene 2 based X-Tend evaluation platforms. There’s a whole lot of execution between here and 2017, but I like what I see so far. The X-Tend scale-out interconnect technology combined with their X-Gene 3 processors offer a promising future for ARM servers. In my conversations with enterprise CIOs, research groups and server VPs, they have told me that they are either in POC (proof of concept) stage or have completed POCs and will begin roll outs in 2016 of X-Gene 2. The deployments will be relatively small, but you have to start somewhere.