It has been a busy few months at Tessera’s DigitalOptics subsidiary.  At this year’s Mobile World Congress, they demonstrated some of the most innovative technology I saw at Mobile World Congress, called “mems|cam”. Mems|cam could be very disruptive as it has the potential to redefine the entire smartphone camera industry by allowing consumers to take high definition, variable focus pictures, kind of like a Lytro on steroids but in a smartphone.  At a minimum, the company says it can focus a standard smartphone camera 7X faster and take higher quality pictures at 1/100th the power.  The challenge now becomes getting it proliferated into some of the thousands of smartphone models that will be released in 2013-2014.

Tessera recently announced a new strategy to help with just that.  It’s understandable, based on how the release was written, that a few reporters didn’t get the full story correct.  I thought it was important to shed some light on it given the strategic importance of the technology.

It’s important first to understand a bit about smartphone camera subsystems to fully appreciate DigitalOptics revised expansion strategy. The best way to do this is with a diagram showing the complete camera assembly including the “lens barrel”.  The entire camera assembly includes everything you see below, which includes the clear optics (lenses), actuator (second black module from the left), sensor, and the black piece-parts that hold everything together.  The “lens barrel” is everything you see from the left up until the dark blue sensor, which looks like a slide you would put in a projector, plus the light blue circuit board below it. 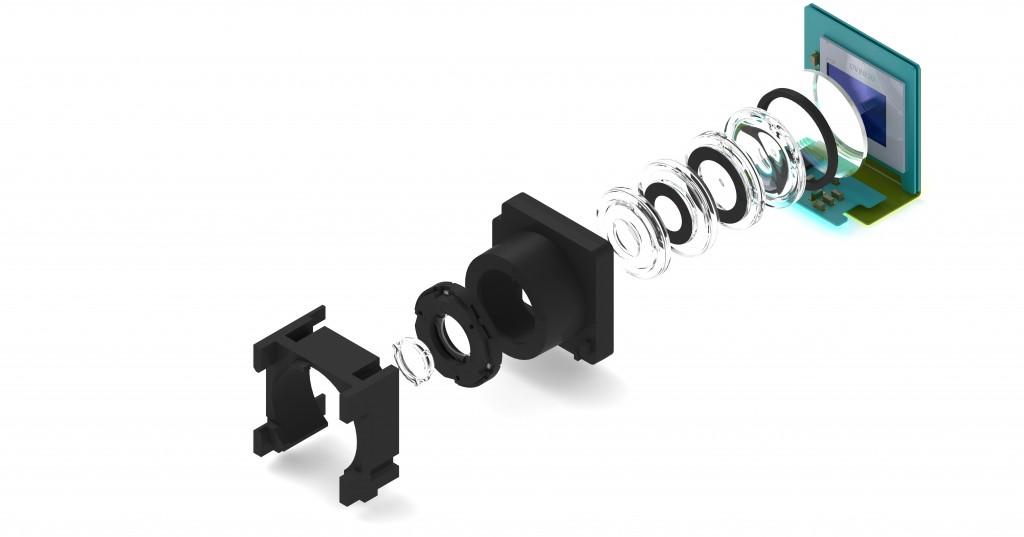 While some may have seen this announcement as a negative that stemmed from the consolidation of manufacturing in Taiwan from a dual China and Taiwan strategy, it’s actually a positive for the company and for the camera ecosystem.

The strategy essentially increases the chances that mems|cam will get more distribution on more cameras.  Also, DigitalOptics continues to control its own destiny by staying in the module and barrel business thereby providing an entire camera solution while focusing on its core value-add IP.  DigitalOptics biggest differentiated value-add is its fast and accurate, mems-based actuator to focus camera lenses and its software that is shipped today in millions of digital cameras.    Finally, this also better satisfies Tessera’s shareholders,some concerned with the investment,  by focusing the investments on their value-add versus lower value-add factories and capacity.

Net-net, this is a win-win all the way around and hopefully we will see a major smartphone manufacturer adopt the technology now that there will be more camera module and lens barrel options.

Disclosure: I conduct research, advise, or consult with multiple smartphone technology companies. I hold no equity positions in Tessera.