Since the Samsung-Apple verdict, Google was silent on their views.  This was surprising, in that this result was one potential outcome, and most companies get well ahead of these coporate talking points.  I suppose Google wanted to lay low until they saw how the press and consumers reacted before throwing an axe into the sea.  Last night, Google finally broke their silence, reported by the Verge.  It was chock full of your expected corporate-speak, but unlike most talking 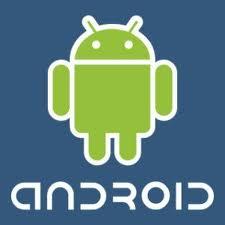 In full, Google says, “The court of appeals will review both infringement and the validity of the patent claims. Most of these don’t relate to the core Android operating system, and several are being re-examined by the US Patent Office. The mobile industry is moving fast and all players — including newcomers — are building upon ideas that have been around for decades. We work with our partners to give consumers innovative and affordable products, and we don’t want anything to limit that.”

Let’s go through this, line by line.

What Google is Saying

Google Talking Point: ”The court of appeals will review both infringement and the validity of the patent claims.”

Translation: This matter is far from decided. We think this ruling or parts of it will get overturned, because these aren’t valid patents to begin with.

Google Talking Point: ”Most of these (patents) don’t relate to the core Android operating system.”

Translation: This verdict isn’t all about Android.  Most of the rulings were made on Samsung’s TouchWiz software optimizations and physical phone and tablet device patents.”

Google Talking Point: ”…. several (patents) are being re-examined by the US Patent Office.”

Translation: We think many of these are non-valid patents and we think the US Patent Office will find some invalid, too….. even though USPO granted them.

Google Talking Point: ”……building upon ideas that have been around for decades.”

Translation: Apple may have improved some of these things in phones and tablets, but they didn’t invent these things.  This is the “prior art” argument and apply to Apple patents like US 7,864,163 for the grid layout of icons.  Windows has icons that align to a grid, right?

Google Talking Point:”We work with our partners to give consumers innovative and affordable products, and we don’t want anything to limit that.”

Translation: If Apple wins, consumers will be paying an Apple tax, and you don’t want that to happen.
So Google is saying a lot, but what aren’t they saying?

One important thing that Google didn’t say was just how far they would go to protect their licensees of Android.  While the Motorola division of Google is suing Apple, Google hasn’t been as clear as Apple has been on just how far they will go.   According to Jobs’s biography, he says, “I will spend my last dying breath if I need to, and I will spend every penny of Apple’s $40 billion in the bank, to right this wrong. I’m going to destroy Android, because it’s a stolen product. I’m willing to go thermonuclear war on this.”  Now that is clarity.

Google, it’s your turn now to provide that same level of clarity.  Will you protect Android and its licensees?