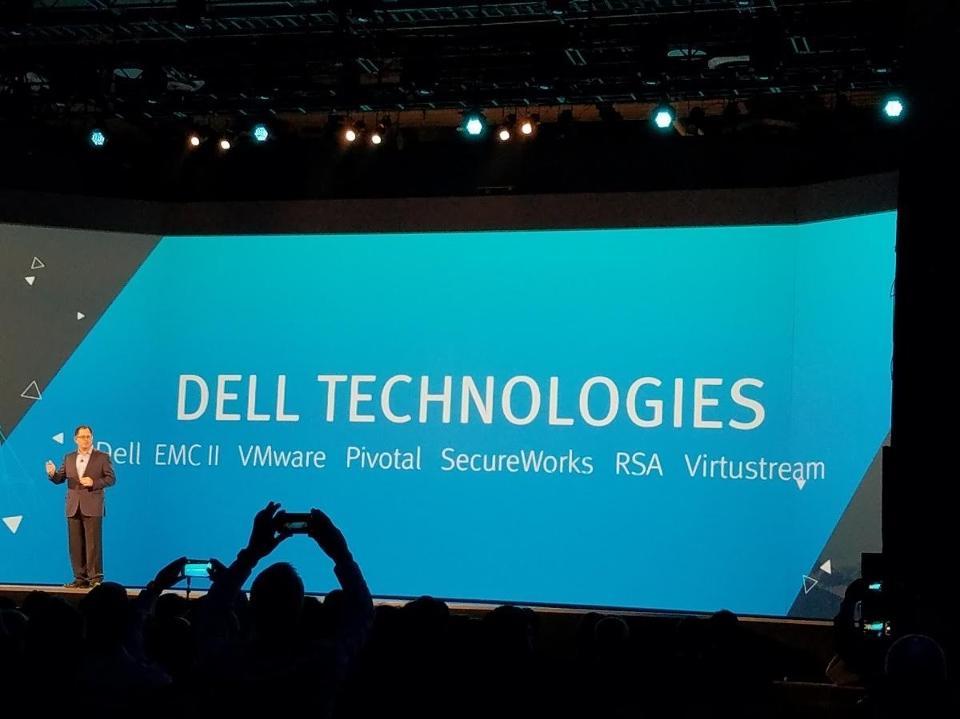 The confluence of mobility, cloud computing and the Internet of Things (Iot) are causing massive increases in the volume of data that needs to be moved, processed and stored by IT. Still, despite this unprecedented acceleration in demand, total vendor revenue for enterprise storage systems has been flat to declining over the last few quarters, according to IDC. Vendors like DellEMC, Hewlett Packard Enterprise (HPE), NetApp, IBM and others are servicing the storage market with on-premise traditional storage systems and server-based storage products. In addition, these traditional storage vendors are being challenged by public cloud storage-as-a-service offerings from the likes of Amazon AWS, Google Cloud, Microsoft Azure and others.

Is the enterprise storage market becoming more of a commodity business, favoring economies of scale?

Is this what Dell sees in EMC?

When you look below the smooth surface of the enterprise storage systems market, some interesting and quite disruptive things are happening that are worth noting.

This shifting demand environment provides a window of opportunity for today’s enterprise storage vendors to make big moves. Dell’s acquisition of EMC now means that the combined entity is by far the dominant player in the storage systems market. Dell and EMC together captured almost 30% of the total revenue of enterprise storage systems in 2Q16 with the next largest vendor, HPE, at just under 18%. This makes Dell EMC a much more formidable vendor, partner and competitor.

But economies of scale are only a first-order benefit in a market with so many moving pieces.

Dell’s strong market position in servers positions them well to capitalize on the aforementioned shift to server-based storage. Dell has also had success in the hyperscale market, which combined with EMC’s storage IP, could be leveraged to capture a bigger piece of the pie in storage systems for this segment. And, looking out a bit further, EMC has captured 40% (up 10 points vs. the prior quarter) of the rapidly expanding all-flash array segment. In addition, both organizations have strong plays in converged systems, another area of growth for data-centric workloads.

But merging two world-class storage portfolios is easier said than done. The new Dell EMC has a lot of storage brands to contend with and positioning these as a cohesive portfolio will be critical moving forward to avoid channel and customer confusion. And compatibility across storage product lines remains a difficult challenge. Most storage systems today have been designed as “islands of data”, which means talking to other systems tends to be a challenge. I believe Dell EMC needs to make some serious long-term decisions on how to streamline its storage product lines, particularly in the mid-tier, with competing brands such as EMC Unity, Dell Storage PS Series and Dell Storage SC Series.

What do the combined forces of Dell and EMC mean to other competitors in the storage space? While Dell EMC undergoes the arduous and often distracting task of merging its business units, others including HPE and NetApp may have an opening to steal some share. HPE has been slowly growing market share over the past several quarters and has some interesting new products that could help continue this growth path. In addition, up-and-coming all-flash array providers like NetApp and Pure Storage have an opportunity for continued growth as the market moves in this direction.

While overall enterprise storage systems revenue looks stagnant, some important dynamics taking place could lead to important and potentially sustainable share shifts amongst vendors over the coming quarters. Traditionally, storage systems have innovated slower than other areas of the datacenter, but this is changing quickly. Those who are nimble and innovative will win, and new market disruptions in flash, server-based storage and cloud storage also offer openings for new players to differentiate. I expect to see some vendors gain market share in the coming quarters by delivering new products that meet IT’s changing needs. I also expect other vendors to get left behind if they don’t evolve quickly enough to keep pace with the market. My colleagues and I look forward to digging into storage market segmentation, key trends and interesting vendor solutions in future articles.