Tomorrow, I leave for San Francisco to attend WWDC. You have probably seen 50 articles predicting what Apple will announce at WWDC. What I’d like to talk about is what I think Apple should announce or discuss at the conference. 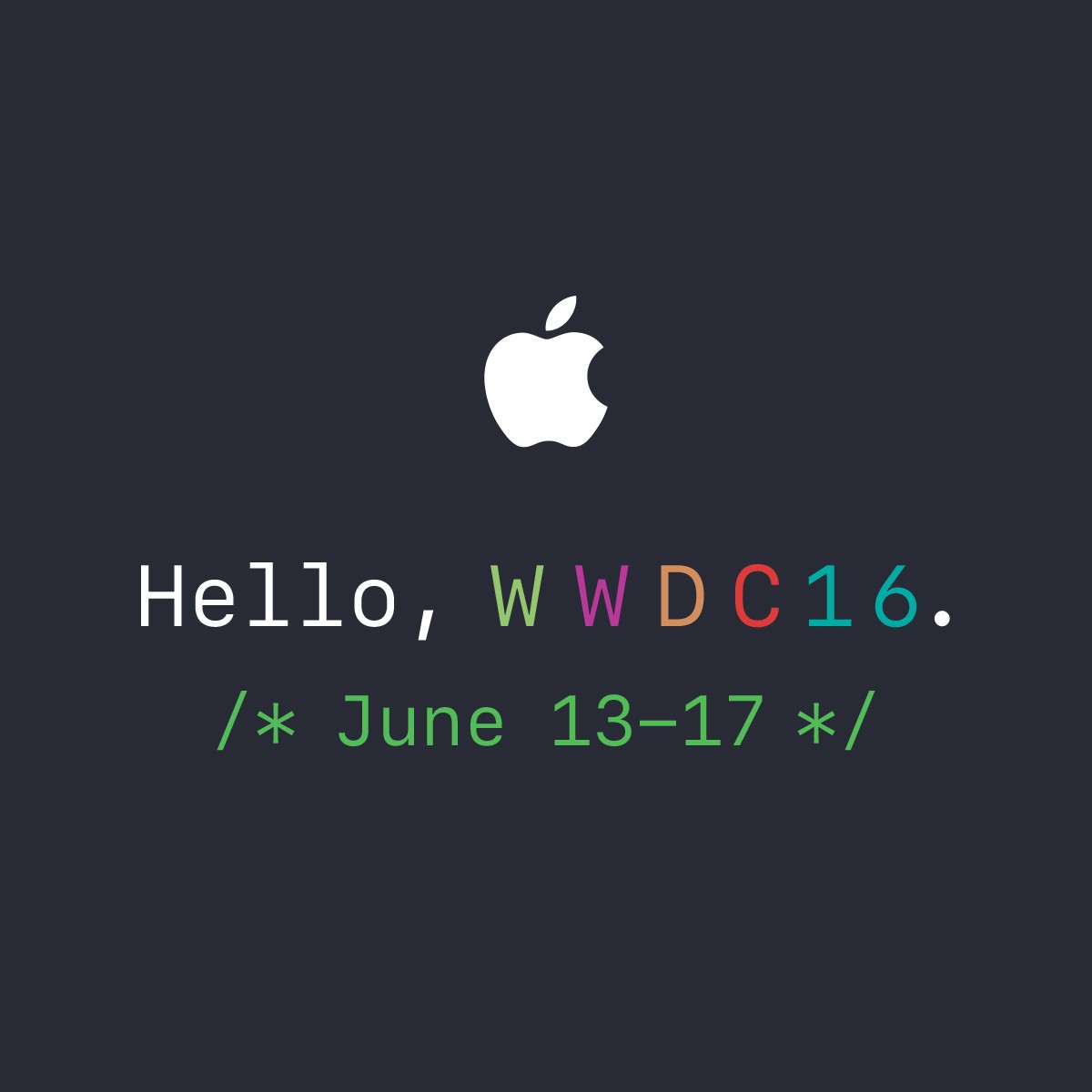 Siri was first out with a mobile agent, but Microsoft Cortana, Google Voice/Now/On Tap and surprisingly Amazon with Alexa all have agents. This is a very tough challenge for everyone as we have seen no one ditch their keyboards. It’s not just one challenge either, it’s three. First, the system needs to determine the words that are said, secondly determine the context of the words  and their meaning and finally getting the right response. At WWDC, Apple should show more in-context capabilities to take consumers to the end of a transaction or request. For instance, engage Siri then engage inside the initial engagement. Search for the restaurant then make a reservation.  Search for movie times then get tickets.

They should also provide Mac integration to provide Amazon Echo-like capabilities and also try to cut off Microsoft at the pass on the Windows PC. The benefit of an agent on a Mac is microphone placement, huge memory and processing capabilities. Agents are already a segmented experience between client and cloud and in this scenario, the Mac client is large and powerful. This is a HUGE missed opportunity for both Apple and Windows PCs.

Upgrade iMessage with bots and Conversations As A Service (CaaS)

Microsoft first, then Facebook then Google showed their hands on bots and CaaS in the past few years. I wrote about Microsoft CaaS here. I’d like to see Apple integrate CaaS into iMessage. This would provide consumer value and defend against a run on the castle which is iMessage. Think of this as Siri inside iMessage with connected services that Siri already has plus an adder to close the transaction. Here is what this could look like….type into iMessage that you want a pizza, iMessage comes back with 5 brand choices, you pick Pizza Hut, then iMessage asks you questions until you order is complete. This uses Apple Pay or the 100s of million of credit cards in iTunes to complete the transaction.

If you have a kid at college or are close to sending one like me, you know that peer to peer payments like Venmo are used extensively. Apple has 100s and millions of credit cards via App Store and iTunes purchases that can be easily used to transfer money. This seems like a no-brainer to me that should have happened a while back, but I can also appreciate Apple’s desire to keep iMessage simple.

Apple significantly raised the stakes with iOS 9. I think it’s important for them to provide updates on app penetration numbers on features that differentiate them or shore the experience up competitively. I’d like to hear numbers for TouchID for password entry, 3D Touch, Metal, deep search linking, split-screen and slide-over multitasking capabilities. I believe the numbers would be quite strong for 3D Touch and Metal, OK for TouchID and a bit weak on dual window and slide-over. Apple’s experience is only as good as the apps that support for their deeper and differentiated features.

I can certainly say that this won’t be announced, but it should. Apple is a premium brand that provides premium experiences. 4K video is a premium experience and Apple TV should have it regardless of the movie services that support it. Why? First of all, the iPhone now has 4K video and it’s hard to display it. Secondly, don’t limit your notion of 4K movie services as a must have for a 4K Apple TV. Even companies like Vizio do a great job upscaling 1080P movies to 4K and they look great. I can appreciate Apple wanting to have a seamless 4K experience with 4K devices and services, but Apple TV should do 4K. While they’re doing this, Apple should also add 4.6 Gig WiFi AD for future AirPlay capabilities directly from a next generation iPhone, iPad or Mac. WiFi AD may not be available en-masse from Broadcom who Apple uses, but has been for a while from Qualcomm with the QCA9500. If you are unfamiliar with WiFi AD, you can check this out. Finally, a new Apple TV should have the latest A10 SoC with faster CPU, GPU and DSP to provide a richer gaming experience.

Finally, Apple could make a huge statement if it could come out with reasonably-priced bundles to enable complete cord-cutting for those where live TV and sports are important. One can watch live sports through expensive all-you-can-eat packages from NFL and MLB, but no good options if you just want your local teams. The same is true of local news channels and even cable news where you must have a cable subscription. Sure, these appropriately bundled video services are like Star Trek’s Kobayashi Maru, but isn’t this what Apple helped solve for music?

Like a 4K Apple TV, Mac enhancements probably won’t be announced, but they should. With USB-C and Thunderbolt 3 plus a hub with external graphics and I/O, Apple could provide super-thin Mac Airs or new MacBooks with unbelievable graphics and I/O capabilities. It could even challenge the need for a MacBook Pro line. Dell has done an extraordinary job with these docks. My Dell Thunderbolt dock through a tiny USB-C cable provides me 5 USB ports, 2 external 4K displays, GigE RJ45, and VGA. Also, imagine AirDrop and AirPlay with 4.6 Gig WiFi AD and with MU-MIMO, the home congestion that could be cleared. If you are unfamiliar with MU-MIMO WiFi, you can check this out.

The Apple Watch is an amazing device and I rely on it every day for notifications and wellness. I have 17 wrist wearables and I only wear Watch and Microsoft Band 2 every day. Watch also has the potential to transform healthcare. To bring in a wider audience, Apple should talk about what it is doing to speed up the experience. Speeding up the experience could take many forms, but include many things including improving hardware, Siri, connectivity to MacBook, leaner WatchOS and/or resident apps. I’ll leave it at that.

Apple has done a pretty good job providing iOS-like features in OSX and vice versa. Just compare OSX’s dock to the key Apple apps on iOS and you will see they are close to identical. Apple really needs to put these efforts into overdrive, though, one way or the other. Inconsistencies still abound and it seems like those could be confusing to a consumer. One good example are apps. Both iOS and OSX have a Twitter app, but OSX doesn’t have Facebook or LinkedIn. Why not? Why can I unlock my Watch via my iPhone but not with my MacBook? Why can’t I take selfies with iMessage on the Mac? Why doesn’t the Mac have Facebook Messenger?

This isn’t easy, but these disparities need to be shored up quickly.

My home is outfitted wth HomeKit-compliant devices and services and I’m happy to voice-control some of them through Watch and Siri. I have many non-compliant devices like Ring, Canary, Echo, Rachio, too, that cannot be controlled by HomeKit. This is indicative of the current challenge is that there aren’t enough choices that are HomeKit compliant. This isn’t driven by a lack of interest on the part of developers, it’s just that complying with HomeKit is difficult, particularly security. You see, HomeKit-compliant devices are encrypted every step of the chain and many times devices require new processors or ASICs to accomplish this.

A great example is Insteon. To get Insteon to work with HomeKit, I had to buy a new $149 hub and my Insteon cameras cannot be controlled from HomeKit. Water detectors cannot either and about 18 other devices are not. While I cannot get an answer direct from Insteon on why this is the case, I believe it has everything to do with security.

Finally, one little fun-fact on Echo compatibility. The HomeKit-compliant hub will not work with Amazon Echo. The consumer has to buy a different hub for that.

Net-net, I’d like to hear how HomeKit is progressing and how Apple is helping to accelerate the ecosystem.

I wanted to end by providing my future wish-list for the next iPhone and iPad. While I believe there will be no new hardware announced at WWDC, I thought given all the talk of the iPhone 7, it’s important to add.

First and foremost, it’s time for Apple to add an OLED display. If you’ve every used them, you will be blown away with the brightness and battery life improvements. Dual camera, one for regular shots and one for far shots would be great as well. This could help Apple even start eating into the entry-level DSLR space. Apple has had the most consistently good camera experience in smartphones and I believe this is a natural, next step.

Wireless is where everything should get interesting. I’d like to see 4.6 Gig WiFi AD for Airdrop and to provide 4K videos to Apple TV to display on the 4K TV. These AD parts are already available, one example being the Qualcomm QCA9500. If you are unfamiliar with WiFi AD, you can check this out. I also think Apple should upgrade to MU-MIMO WiFi to clear home congestion and increase speeds. Again, this technology is already available with parts like the Qualcomm QCA6174a. If you are unfamiliar with MU-MIMO WiFi, you can check this out. Finally there is LTE. I’d like to see the iPhone 7 adopt 1 Gig LTE with 4xCA wireless and different WiFi sharing techniques with a part like the Qualcomm X16. We wrote this up on the X16.

Finally, there USB-C, which Apple really should start embracing to provide improved docking options for the iPhone and iPad. Wouldn’t it be great to have the same I/O on the iPad as you have with the MacBook? You could do that with a USB-C Thunderbolt 3 hub.

OK, this isn’t an exhaustive list, but let me know what you think.