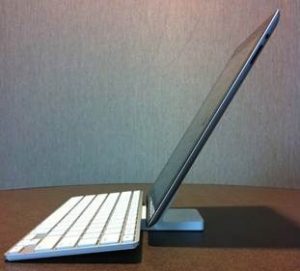 Apple once again delivered a high quality experience with the “new” iPad, aka iPad 3. Like phones, Apple has again managed to deliver enough to stay ahead as they did with the iPhone 4s. The new iPad didn’t deliver a knockout blow to Android, but certainly eliminated many gaps that could drive many premium ($499+) tablet buyers away from the platform. While the new iPad will sell exceptionally well, I’d like to discuss what Apple will need to deliver in the “new-new” iPad, aka iPad 4 to keep their leadership position.

Change What Broke Moving from iPad 2

As I said, the new iPad will sell extremely well, but there were some steps taken backward that need to be addressed: 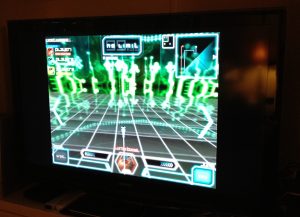 Today, if a consumer wants to display some (not all) of their iPad content on a larger external display like a modern monitor or TV, issues exist. If they connect to an HDTV or to a modern-day monitor that is 16:9 there are huge black bars to the left and right that are not only ugly but limit the amount of data that a user can see on the external display. This is something that even RIM solved with the PlayBook and is primarily a matter of graphics drivers. Microsoft has enabled this for over a decade and Apple should too. This is more of an issue of software drivers and taking on a bit more complexity. If it’s a dev issue, then Apple needs to improve their tools to help developers do this easier.

The current Wi-Fi “n” is OK for web surfing but not for acceptable for wireless mirroring or displaying to an HDTV via AirPlay using an Apple TV. When playing games or displaying video the current implementation just isn’t quick enough. I and others I respect have had issues with stuttering. This can be solved by upgrading Wi-Fi to 60 Ghz. and adding support for WiFi Direct. This combination not only speeds up the connection significantly, but also removes the latency of the wireless router.

The current crop of games for the new iPad is impressive when compared to the iPad 2 but unimpressive when compared to game consoles and personal computers. Neither the CPU nor the GPU has enough horsepower to deliver this kind of experience. Real Racing HD, Modern Combat 3, Air Supremacy, and Infinity Blade 2 are nice for the new iPad’s 9.7″ display but to move up the food chain to challenge consoles and PCs in more graphically oriented games, they have a long way to go. I’m not saying that iPad won’t take sales away from today’s consoles, because they will, but those who want the highest gameplay reality with the use of technical graphics features of tessellation (better geometry, more real) , more textures (more real), physics (more real), AA (anti-aliasing to remove “jaggies”), and consumers are better off with a PC. To move all those frames around, Apple will also need to move to an ARM A15-based solution. I expect NVIDIA to keep their leadership role in tablet gaming and Apple needs to assess whether they continue to build or even consider using NVIDIA’s Tegra line. Apple won’t be able to keep pace as NVIDIA already has the intellectual property to deliver 100X the performance of what is shipping, albeit on much larger and power hungry designs.

Multi-tab browser multitasking is still painful and unproductive on the new iPad. Just open up 5-10 tabs and see what happens. First, when resources have maxxed out, iOS flushes the tab of data and the user needs to reload the entire tab when they return to it. The user returns to a blank, white tab. Secondly, iOS has a difficult time downloading items in different tabs at the same time. This is most likely the result of low memory bandwidth and a weak CPU. The new iPad uses the A5X which includes a dual core ARM A9-based processor which just isn’t up to the task. I’d like to see Apple use either NVIDIA’s Tegra line or even Intel’s Medfield to help fix this. If Apple wants to roll their own silicon, they will need to go to ARM-based A15 architecture, dual or preferable quad.

The current iCloud is incomplete as I point out here. Apple, at least for productivity, needs to complete the solution. Today, users need to go through gymnastics to sync their docs between the phone, tablet, and PC/Mac. There is a seamless link between iOS devices but breaks when it comes to the PC and Mac. Files do not automatically appear and update in the Documents folder as they should. Instead users need to open the document from iCloud in the web browser, edit on the PC/Mac, then copy back to the iCloud on the web This is suboptimal and Apple knows it and I expect this to be fixed at least by the new-new iPad. (Note: Technically these aren’t changes need to be made to the iPad, but the Mac and PC software.)

As I sit and write this on my iPad with the Zagg keyboard, I really would like for Apple to take the convertible configuration more seriously as opposed to throwing it out to the peripheral makers. While better than nothing, the Zagg implementations and others are very clunky, and are, well….. peripherals and not well integrated. Apple should take what Asus has done with the Prime and Slider then perfect it. I can imagine a $699-799, 12mm thick iPad slider configuration. When the user wants a keyboard they slide it out and when they don’t need the keyboard, slide it on and use as a slate. Apple, while currently the tablet leader, cannot get caught sleeping as Microsoft with Windows 8 convertible designs.

This convertible configuration would benefit Apple in many ways:

Imagine how much time we waste logging into our devices. I am dumbfounded that this hasn’t been solved yet but understands the challenges, mostly technical. You see, to have accurate results, two elements are required. First, you need to upgrade the camera (s). Higher resolution, stereoscopic cameras could be used to capture a 3D view of the head and face. Those cameras should be higher resolution to capture skin and hair details. This helps to keep from someone fooling the device with a photograph of a person or using a mask. Finally, the new-new iPad would need enough “burst-mode” processing and memory bandwidth to do all of this in two tenth of a second. This wouldn’t impact battery life as it only maxes out the CPU, GPU or DSP for a very short time.

This same technology could be used to turn the iPad into a better multi-user, coffee table appliance that all the family members could share. For example, when my son grabs the iPad to play a game (which he often does), I don’t want him to get access to my client emails and accidentally delete one.

The new iPad, aka iPad 3 will sell in droves, potentially twice as many as the $499 predecessor in the same timeframe. The fact that it will sell well doesn’t make it perfect by any stretch. It can and must be to continue its dominance at the $499+ price point. If the past is a guide to the future, Apple is making some of the final design and capability decisions right now on the new-new iPad and Apple knows better than everyone that they must continue to have at least “triples” to stay ahead of Android and Windows 8. The competition is more focused and more experienced and I expect a much tougher for Apple with Windows 8.