The wearables hype is at an all-time high as every week, it seems some new wearable is announced by a major company or a handful people on Kickstarter or Indiegogo. So far, the larger players include Google, Samsung, Qualcomm, Sony, Intel and Google (nearly Lenovo’s) Motorola. Google recently announced Android Wear, Samsung launched their second generation devices at MWC, and Intel just acquired Basis. I wouldn’t be surprised if Apple and Microsoft jumped into the fray soon. What is very apparent, though, is that horizontal wearables have a long way to go before they will be a mainstream consumer buy. For the next few years, I believe a vertical, focused approach is the way to go with wearables.

It’s difficult to count how many wearables I have used. I am an industry analyst and unlike most reviewers, it’s not getting that review out within 3 hours of launch that’s important, but about living with them. I need to really “soak” in the experience to truly empathize what a user might do for weeks after they’ve purchased the device. It’s hard to count the wearables I’ve lived with but let’s give it a shot. I’ve lived with Google Glass, Samsung Gear Fit, Fitbit Flex/Force/One, Polar FT1/FT4, Basis B1 (Intel), Sync Burn, and Pebble. OK, 11 wearables. If there’s one major thing I have taken away from all of this is that a vertical, focused approach is the way to go as opposed to a horizontal, “good for everything” approach, which I believe is three to five years away for the mass of consumers. Here are the primary reasons that “horizontals” will have a major challenge:

Fitness/wellness vertical wearables even having a challenge

Even fitness, health and wellness wearables haven’t completely cracked the code yet on their single/few task to do fitness things right. The heart rate monitor is probably the most flawed feature. The laser-based heart rate monitors rarely get heart rate above 130bps which is exactly when you need them to be accurate.  Some wearables remind you to be still when taking a reading , which is silly when you are running or swimming.  Others have you wear an uncomfortable chest strap or hold your finger on the watch for five to ten seconds. You try to run or swim and touch your watch at the same time as you are huffing and puffing.  Resting heart rate is interesting, too. If my resting heart rate is 82 is that high, low, something else? Shouldn’t the cloud be telling me something?

Sleep readings are peculiar, too. So you tossed and turned 21 times last night. My sleep rating is 86%. Is that normal? Should I see a sleep doctor? Good advice is hard to come by.

So if fitness/wellness wearables are having their challenges, what does that say for horizontal wearables that need to do even more things well?

From my Google Glass experiences, I can say that Glass is the most socially awkward technology device I have ever used. Funny, first thing my wife said to me when she saw me wearing it was, “OK, great, another thing to get in between you and I”. Ouch. When I walk around with Glass I get two reactions- disgust or amazement, there’s no in-between. People seem to love it or hate it. I understand both sides. The “haters” don’t like the thought that you may be filming or recording them or paying attention to something other than them. The “lovers” just think it’s cool, something they’ve never seen before. Boys “loved” Glass, most everyone else “hated” it so far. 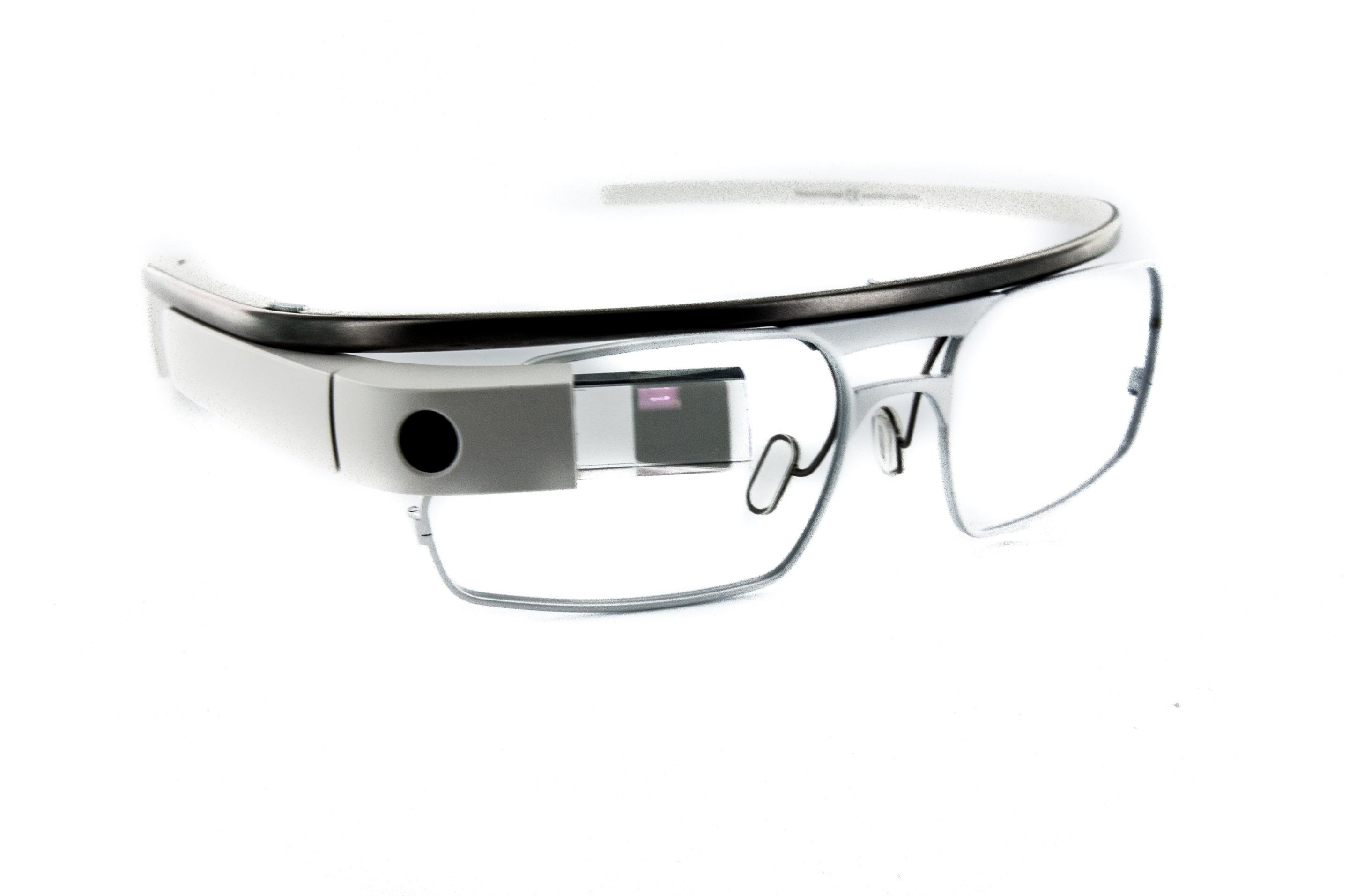 Then there are wrist wearables. If you think that they are less intrusive than a phone, think again. Let me pose a question to illustrate this. When you are talking to someone, what does it mean when that person looks down at their watch? It typically means they’re bored and looking down to see what time it is to see if it’s time to go yet. So when I look down tat my Samsung Gear Fit when I am receiving a notification, I am very much sending an “I’m bored, can I leave” message.

It took cellphones about 10 years to be accepted at the dinner table and bedside, so I don’t have a reason to believe it would take any less time for wearables to blend in.

When it gets down to it, many wearables are duplicating most of the functions of a smartphone, only it’s placed on the wrist or your face. I can see the value in fitness, health and wellness wearables, but I strongly question the Gear Fit 2 and Glass approach where you can take phone calls, take pictures and videos, listen and view the news, get driving directions, and post to social media. And I believe most consumers will question this as well, particularly because the quality of the experience is so low at this point in time. 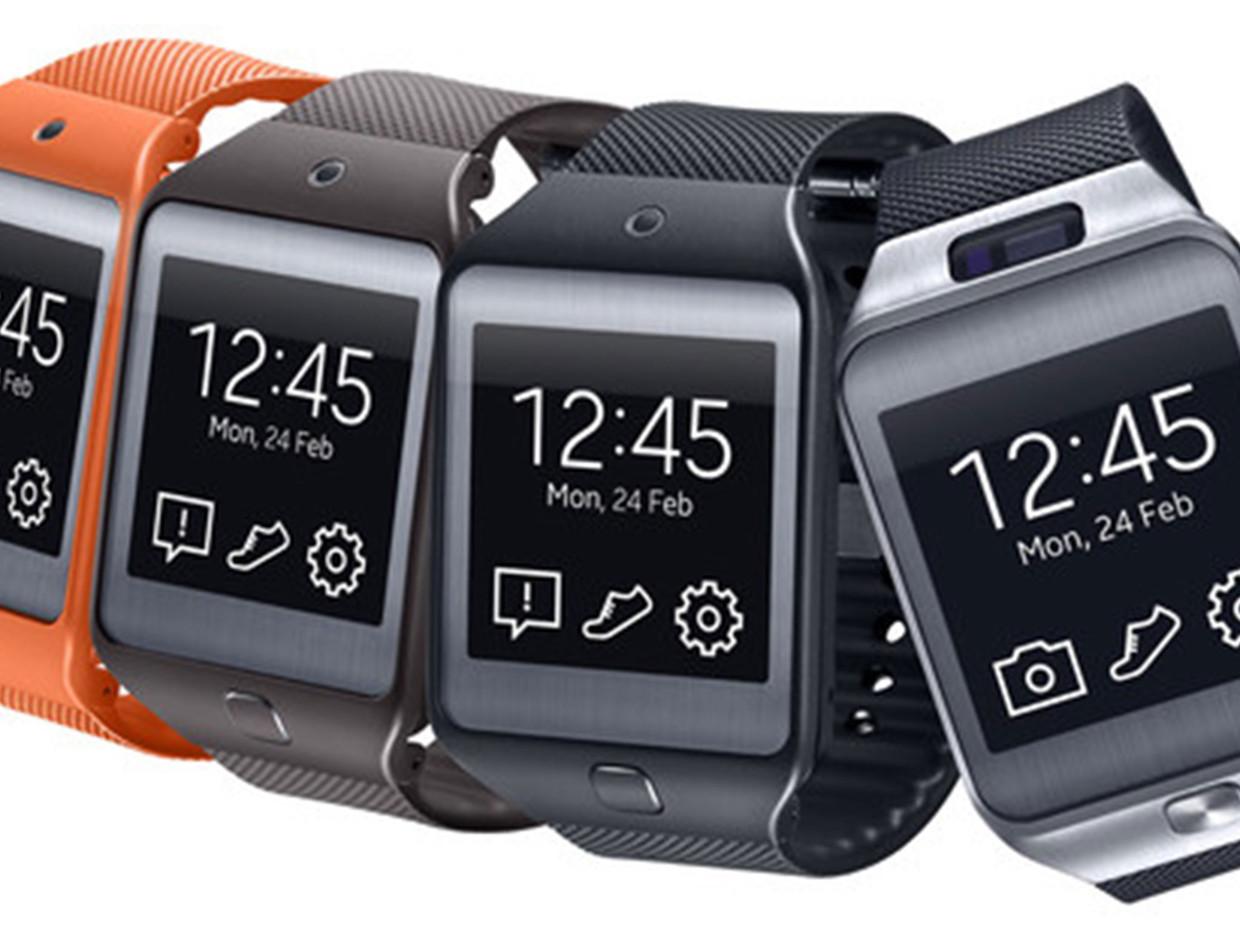 For horizontal wearables to get traction, they will need to do new things, not just copy functions of the phone, or at least make them a whole lot more convenient.  How about:

When you blend the wearables utility with battery life, the equation stinks, except for the Sync Burn with a one year life. I get personally 5 hours active use with Google Glass and reviews peg the Samsung Gear 2 at 2 days heavy use. Most all the other watches get 4-5 days of battery life. All of these wearables should get at least a week of battery life to gain mass acceptance. Why? They are a hassle to charge. Today, they require an expensive wireless charging peripheral or some funky, proprietary cable. Charging, if it’s a hassle, can’t be a daily chore to gain acceptance. 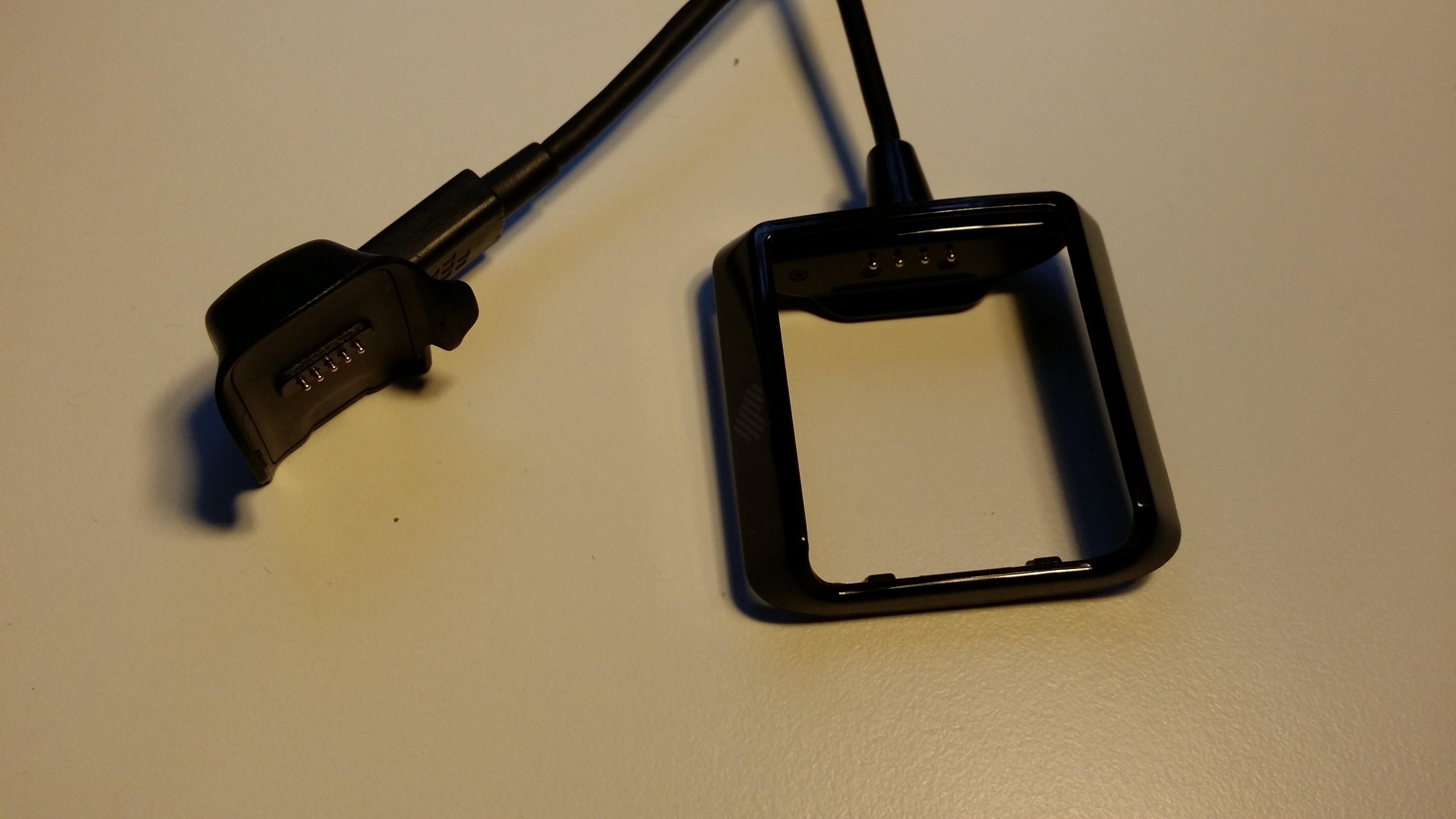 With my testing,  no single unit worked well in every lighting situation. This makes sense, as it took smartphones around a decade to achieve the proper “nit” level. The Samsung Gear Fit display is barely readable in sunlight. The Toq is great in direct sunlight but has a long way to go in the dark. The B1 is great in sunlight, good in the dark, but is very, very rudimentary and monochrome like a 40 year old digital watch. Therefore, to make a very good horizontal wearable, it must be color and work well in both sunlight and the dark. This is a long way off. 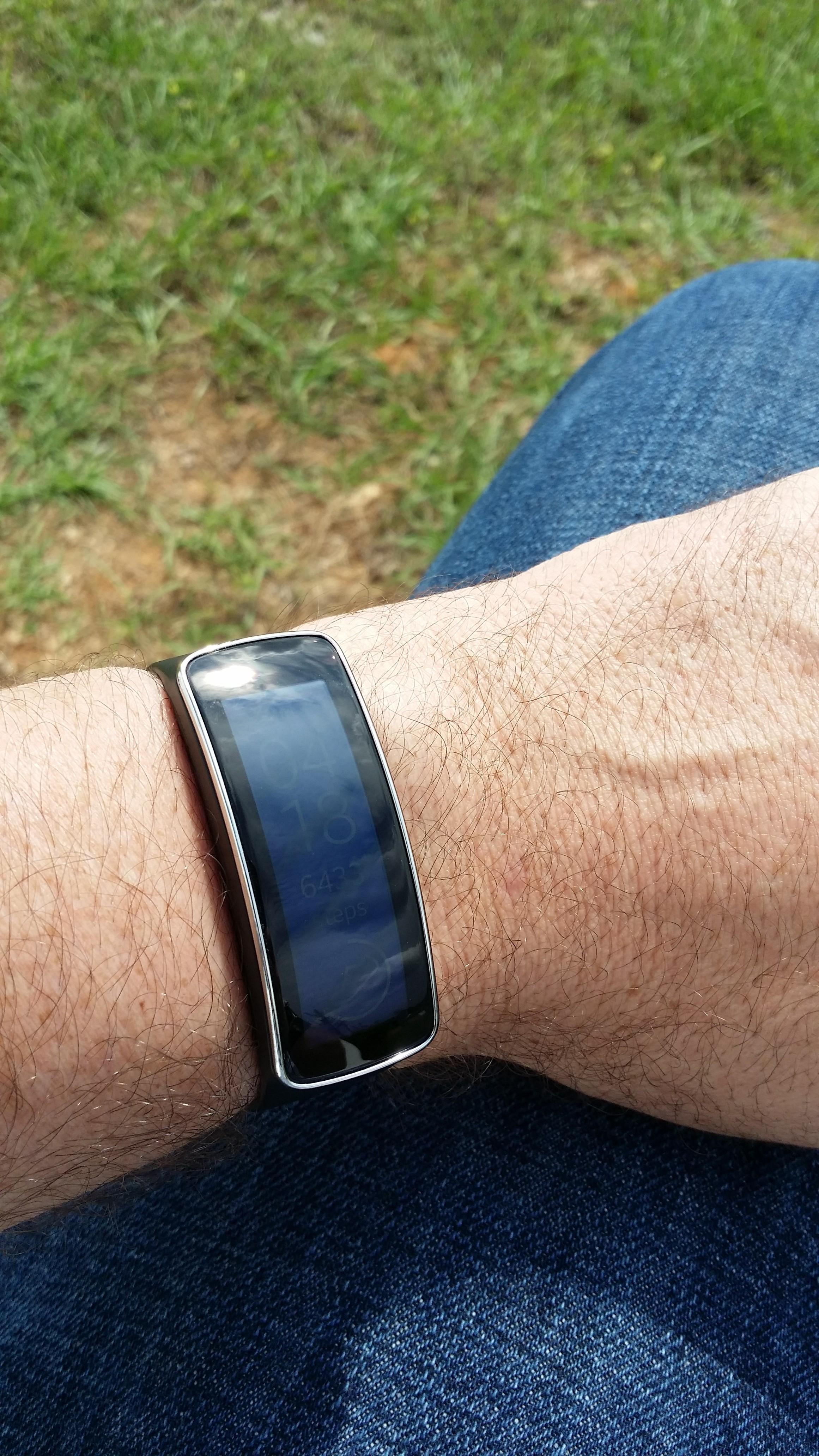 While you can get a decent fitness wearable as low as $99, a horizontal wearable will cost you today between $299 for a Samsung Gear 2 or $1,500 for Google Glass. These prices work for the technology early adopters, but are much too high to get any real traction with mainstream consumers. The price needs to be more like $149-$99 and all the issues need to be solved above to get mass market lift-off.

Let’s face it, most wrist wearables outside of a fitness context look nerdy. They look nerdy for a few reasons. First, less people wear watches than they did 20 years ago, so seeing a non-fitness watch looks a bit out of place in many circles. Some of them are very thick, too, like the B1 and even the Gear 2. I think Sony gets it, as they have miniaturized the device and come up with 100′s of ways to make it blend in with the wearer’s fashion sense. As the “utility” issue hasn’t been solved for horizontal wearables, it demands that the fashion issue be answered or they won’t gain mainstream traction. I applaud the efforts of companies like Intel, Sony and Apple who know this needs to be solved and are working with the fashion industry to solve this.

To be very clear, I do think there is a market for highly focused, vertical wearables that do one or two things great. These are wrist wearable verticals like fitness, well-being and health and even face wearables like Glass for military, law enforcement, EMS, healthcare, maintenance, assembly, design and transportation. What will be challenged are wearables that attempt to do what PCs, tablets and phones do, which is many different tasks. It will take vast improvements in social acceptability, utility, battery life, displays, price and style to make these horizontal wearables as pervasive as phones.

Horizontal wearables are a long way off from mass consumer acceptance.