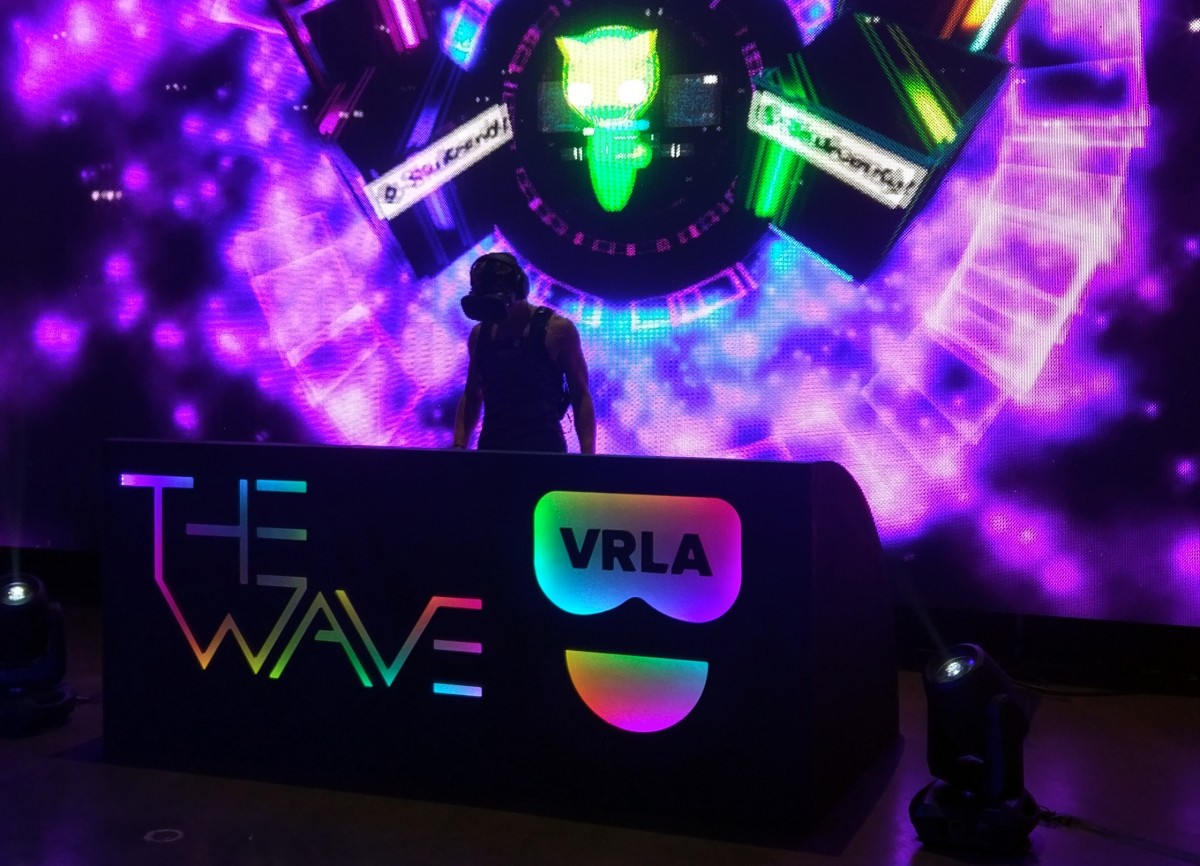 VRLA’s Summer Expo was the biggest they had ever had; by their own measurements there were over 6,000 attendees and they actually had to turn the event into a two-day experience. I attended the VRLA Summer Expo last weekend, and I gained some valuable insights about where VR content is going and where VR content is moving. The show kicked off with a series of major announcements including the VRLA founders announcing their own project’s release which is a VR movie creator called Mindshow that allows creators to import assets into VR and create VR movies.

Following Visionary VR’s announcement, Hewlett-Packard (HP) showed off their Omen X VR backpack which I had the opportunity to try. VR Backpacks are a niche product, but they have many applications that desperately require high performance untethered VR which is simply something that does not exist today and likely will not exist until VR headsets like the HTC Vive and Facebook’s Oculus Rift become wireless. Following that, Advanced Micro Devices (AMD) came onstage to make two major announcements, they announced a $683 Cyberpower PC available on Amazon.com and a partnership with Awesome Rocketship to build VR experiences in movie theaters as supplementary experiences to the actual films.

This last announcement in my opinion was probably one of the biggest announcements at the show, because it signified that next step of VR where Hollywood starts to get seriously involved. Sure, the likes of Stephen Spielberg, Robert Stromberg and other A-list Hollywood directors are starting to get onboard with VR, but there needs to be a revenue opportunity right now until the industry starts to adopt VR as a medium for blockbuster movies. Studios can use these supplementary VR experiences to generate additional revenue for themselves and the movie theaters while also strengthening the branding, narrative and emotional connection that viewers have with the film.

In addition to these announcements, HTC also announced Viveport which is HTC’s own marketplace for distributing non-gaming VR content. HTC partnered with Valve to create the HTC Vive, however Valve’s Steam Store doesn’t quite fit all of the non-gaming experiences and applications for the HTC Vive and VR in general. As a result, HTC is creating Viveport to create a home for all of those VR experiences and apps that really don’t have anything to do with gaming. This is a huge thing for the industry, because it creates a single place where both HTC Vive and Oculus Rift users can view non-gaming content and experiences. Additionally, it creates a revenue stream for HTC outside of the HTC Vive itself and doesn’t make them solely dependent on hardware margins.

There was no shortage of VR content to try out at VRLA, not much of a surprise when you consider it’s THE VR conference to attend in LA, the creative center of the US for content. Lots of people in the music, gaming and movie industry that live in LA area excited about VR, and LA is the perfect place to have a VR event like this. Some of the most notable experiences that I saw at VRLA were a VR rave where participants had a Subpac backpack and headphones on and a VR headset or 3D glasses to watch a DJ using an HTC Vive to DJ in VR. 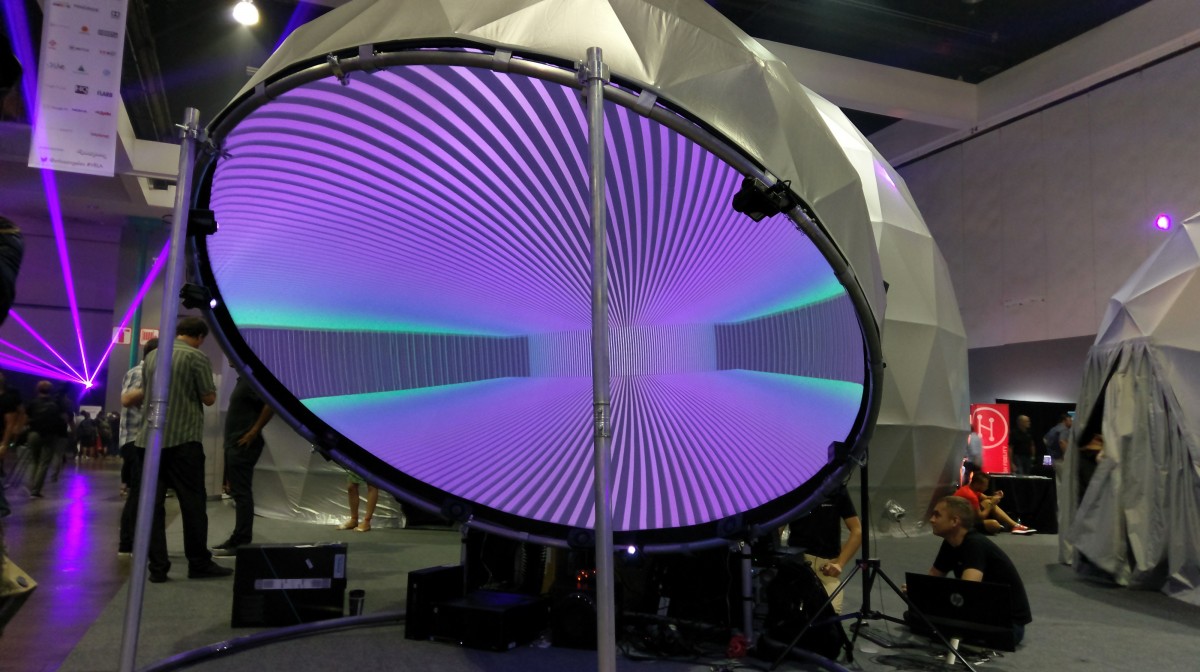 I also had a chance to view content created by Android Jones in 360-degree domes and in VR that was some of the trippiest content I have ever seen. There was plenty of other content there too, like a rollercoaster simulator with articulated movement as well as a VR trike that I rode around which could be used for VR go kart tracks and the like. There were even educational applications like a VR typing game called Lazer Type which was very good and engaging. I even got a demo of a technology that uses puffs of air as feedback in VR so you can feel when explosions happen and even feel heat when there is any in the game.

VR cameras were also not to be missed at VRLA with companies like Panacast, Nokia Ozo, Google, GoPro and AMD showing off various 360-degree cameras and camera rigs. There is no shortage of camera equipment to go around for creators to make quality 360-degree and VR content. However, the quality of footage still has a way to go, and companies like those at VRLA are making drastic improvements in a very short period of time. I have already seen some very high quality VR content this year, so I expect more to become available next year as funding for new projects starts to spin up.

VRLA certainly improved my view of VR content in ways that E3 could not. VR is going to be a very powerful medium for storytelling and immersion and many in Hollywood don’t want to be left out. VRLA has shown that VR entertainment is more than just games and that we may even have more VR experiences than games in the near future.