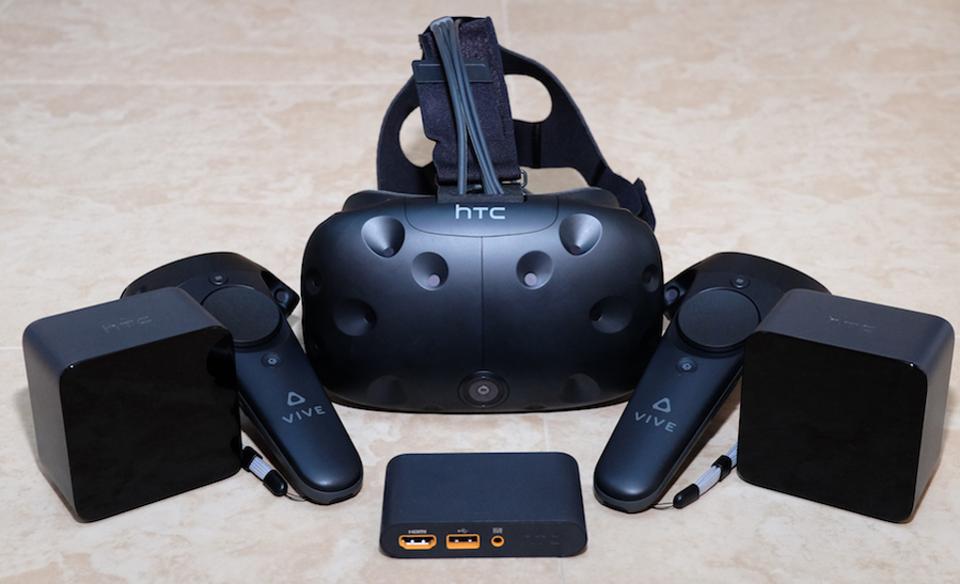 I previously warned against setting expectations and valuations too high with VR. While 2016 was the year that many of those sky-high expectations crashed and burned, 2017 saw things beginning to turn around. Here’s my take on the progress made in the industry this past year.

Initially, consumer applications were expected to drive VR into a multi-billion-dollar industry—while that may still eventually prove to be true, the industry needs to mature first. Part of that maturity is getting enough headsets out in the wild so that developers can profit off the content they create. The ability to make a profit is especially challenging for the developers who make AAA content, because they have higher costs that they need to recoup quickly. As a result, many of them have stayed away from VR. However, some publishers like Ubisoft have gambled on VR with support from companies like Facebook’s Oculus and Sony . Exclusives were primarily how the first consumer content was created, so that the companies paying for development got some return on their investment in the long term.

Right now, most of the volume in consumer VR is being driven primarily by Sony’s PSVR platform, which runs on the PS4. Currently, there are roughly 2 million PSVRs in the wild and counting. As of this month, Sony has sold over 70 million PlayStation 4 consoles, so there are still a lot more potential customers of Sony ’s PSVR (currently selling at a very attractive holiday price of $189, bundled with a game and camera). Sony is trying to seed the market this holiday season, with a PS4 and PSVR combo going for less than the original $399. Oculus did the same on the PC front, with its $349 summer price cut—the company was able to sell a lot of units and significantly narrow the gap between itself and HTC  Vive.

For that matter, I believe that Oculus’s summer sale is what started to turn the tide for consumer VR in 2017. In 2016, an Oculus Rift with Controllers would run you as much as $800 when purchased separately. By the summer of 2017, you could get the same hardware bundled together for $349. In addition to that, HTC dropped the price of its Vive system to $599 and is currently bundling its $99 deluxe audio strap and $50 steam gift card for the holidays for free. These price cuts are what enabled the VR industry to finally ship 1 million units (between HTC Vive, Rift and PSVR) in a single quarter.
Progress in professional and enterprise VR

While all that craziness was happening in the consumer segment, the professional and enterprise VR market continued to grow rapidly. Enterprise VR is slowly beginning to gain attention from the broader market, as I wrote about back in August during SIGGRAPH. The software and hardware developments this year have helped significantly elevate the position of VR in the enterprise. Furthermore, investments are continuing to roll in for location-based VR experiences around the world. Earlier this year, AMC cinema group invested $10 million in Dreamscape Immersive, and committed another $10 million to fund VR content (including opening six VR centers in North America and the U.K.). These are in addition to the IMAX VR centers that have already opened to much fanfare in Los Angeles and Toronto.

Location-based VR alone won’t help prop up the slow growth of consumer VR, but the introduction of high-resolution professional grade headsets like Varjo’s headset (due out in 2018) will help. In 2017, Varjo showed showed enterprises that there will soon be enterprise-grade VR headsets that match the needs of business users and applications. Varjo is not alone—StarVR is already operating in the enterprise-only space and supplies some of the headsets for location-based VR solutions. The business was originally set up as a joint venture between the game studio Starbreeze and the computer manufacturer Acer . However, Acerhas since taken over the company and is running it as a business-focused VR solutions provider.

Microsoft jumps into the game

2017 also heralded the arrival of Microsoft ’s Windows Mixed Reality headsets. Windows Mixed Reality didn’t make much of a splash, and still has a lot of room for growth as a platform—I believe Microsoft will likely need to relaunch with its next batch of Mixed Reality content. It seems as though Microsoft has ceded the game part of PC VR to Valve, with its support for Steam VR inside of Windows Mixed Reality. I think this is a good thing for both Microsoft and Valve, so both companies can focus on their respective strengths and which users they know best. The downside is that there’s currently no way to visualize Excel tables in VR or make VR PowerPoints. Microsoft ’s VR strategy for the Xbox is still a mess, and it is leaving a lot of opportunities on the table that Sony is getting the jump on, and building an even bigger and more relevant user base. Microsoft  has a long way to go in VR, but I believe the introduction of Windows Mixed Reality was a step in the right direction.

The first half of 2017 was a bit of a struggle, with the industry still trying to shed a lot of doubt and uncertainty leftover from 2016. However, VR really came alive the second half of the year, with a lot of headsets and content making waves. The holiday season, with all of its cost-saving deals, will likely be the cherry on top in regards to hardware sales, unit totals, and content sold. It will still be some time until we know the final 2017 figures, but I suspect they’ll surpass many people’s expectations—setting the bar fairly high for 2018.