One year ago almost to the day at Computex 2011, Intel introduced Ultrabooks to the world. The first generation of Ultrabooks was nice, but they were also homogeneous (exception Dell XPS 13) and very expensive, limiting access to many demographics. So are things any different a year later? After seeing what Intel’s Ultrabook partners launched so far at Computex, it’s only fair to characterize it as impressive. Design wins and choice don’t guarantee sales, but you cannot have sales without it. OEMs at Computex launched some serious innovation with new form factors and usage models while lowering price points which I think deserves a deeper look. It also gives us a good indication how far Intel has come and where this is all going. 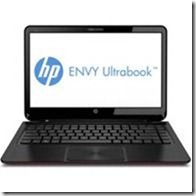 First generation Ultrabooks came with 13” displays. Display size is one of the most important purchase criteria and the fact is, consumers like varying display sizes to match their primary use case. Generally speaking, those who want to travel prefer smaller displays and those who want to replace desktops or do more content creation prefer the larger screens. Here are a few examples:

Most Gen 1 Ultrabooks came with a 13″ display with 1,366 x 768 display resolutions. That is still the case today on average, but if consumers want more, they can get HD resolutions. As a reference, the highest supported MacBook Air resolution is 1,440 x 900, 48% less detail than full HD. 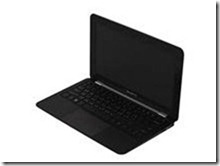 Even though the first Ultrabooks were light, OEMs are even challenging each other on weight. This is a good thing because in the future because when Windows 8 and convertibles arrive, these systems need to be a lot lighter as to operate as decent tablets. Here is the lightest, or at least the lightest claimed:

Machined aluminum is nice, but it also exactly what Apple uses. That’s not necessarily a bad thing because it looks upscale, but in some ways unoriginal and also expensive and heavy. OEMs have gone out of their way to be different in this with chassis materials. Here are just a few that I think deserve highlighting: 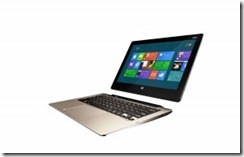 Touch didn’t make a lot of sense with Windows 7, but Windows 8 changes all this. As I am an avid tablet + dock user, I am constantly trying to touch my Ultrabook display. As long as the display doesn’t push back as it is being touched, I think it will work well. Even better will be convertible designs.

While manufacturers aren’t indicating these are officially Ultrabooks, they are very exciting:

Original Ultrabooks came with Intel HD 3000 graphics. Second generation Ultrabooks come with HD 4000 graphics which, while improved, just won’t cut it for everyone. Discrete graphics attach ratesin Western Europe, China, and Russia are all above 50%, so the need is there, and the new Ultrabooks deliver. With Nvidia launching the GeForce GTX 680M yesterday, things will be getting even more interesting. Discrete graphics are not available on the Apple MacBoook Air. Here’s what consumers can order today:

First generation Ultrabooks were 100% consumer-focused. As we are one year into the Ultrabook initiative, commercial and even enterprise-grade solutions are available: 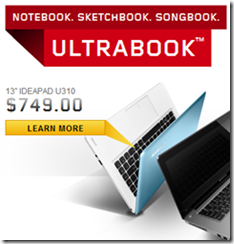 Premium price points aren’t necessarily a bad thing; just look at Apple. BUT, if you don’t have Apple’s brand, then as an OEM in the short-term you will need to live with lower volumes. Generally, the opening price point for the first gen Ultrabooks was $999 and for second generation, this will be much lower. Intel and their partners invested in alternative chassis designs, hybrid hard drives, display technology and the inclusion of Core i3 processors to lower opening price points. One important point to keep in mind is that these same, lower-priced Ultrabooks still provide the minimum acceptable bar of experience on vectors like battery life, responsiveness, fast resume, and built-in security features. Here are just a few: 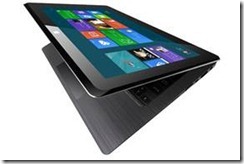 So have Intel and its partners come a long way in a year? Absolutely. In one year everything has changed; from design diversity and differentiation, user interfaces, improved usage models and price points. These are all good future indicators for solid sales, because in the end, this is exactly what consumers really want. To be clear, design wins don’t guarantee sales but you cannot have sales without them. The traditional notebook market will continue to grow but I believe many consumers will choose to pay a bit more for an Ultrabook as they are looking at a better experience for a $100-200 increased investment. In many regions and demographics, that isn’t a lot to ask for, but in many, it’s not. For those who need a new notebook, want a tablet, but cannot afford both, I believe many more will choose an Ultrabook than ever before. As touch and convertibles become more pervasive and more affordable given many of the huge Intel touch investments, even more consumers who want it all will choose a touch Ultrabook. This will be an interesting 12 months, that’s for sure.