Two weeks ago, Dell offered me the chance to try out one of the first Latitude 13 7000 Series 2-in-1s right off the final prototype line. What is significant about Dell’s new business-class 2-in-1 is two fold–it is the first Latitude branded, or commercial grade 2-in-1 they have developed, and also one of the first systems ever to sport Intel’s new 14nm Core M processor. As every product I use eventually bares its soul, the 7000 did, too. This isn’t a product review, but rather my thoughts and implications on the Dell Latitude 13 7000 Series 2-in-1 and Intel Core M. Let’s start with a little PC market background first.

Over the last two years, PC market growth overall had been in the doldrums, driven in part by the sluggish economy, consumers spending more of their disposable income on new tablets and phones, but also Microsoft enabling enterprise IT to stick with Windows XP. Microsoft finally shot XP and enterprises upgraded en masse to Windows 7, but the conversion isn’t complete. With the global economy rebounding, businesses have actually picked up their PC spend, a welcome sight to the PC ecosystem.

Over those two years, PC makers like Dell and processor maker Intel didn’t stand still. They were investing in ways to motivate business users to upgrade. Dell, as an example, worked very hard to add touch capabilities and make business notebooks a lot thinner, lighter, more reliable, with better battery life and performance. Intel had a lot to do with the thin, light, touch aspect with Ivy Bridge, Haswell, their massive touch investment, and of course, very unique Intel vPro technologies. Now enter the Latitude 13 7000 with the Intel Core M processor.

The Latitude 7000 is a 13” business notebook first, but its display detaches to become a 13”, fanless tablet. In notebook mode, the 7000 acts like a regular notebook with premium features like backlit keyboard and 4G,LTE options. But why on earth would a businessperson need or want tablet functionality too? It’s simple, and it comes from a few years of research. 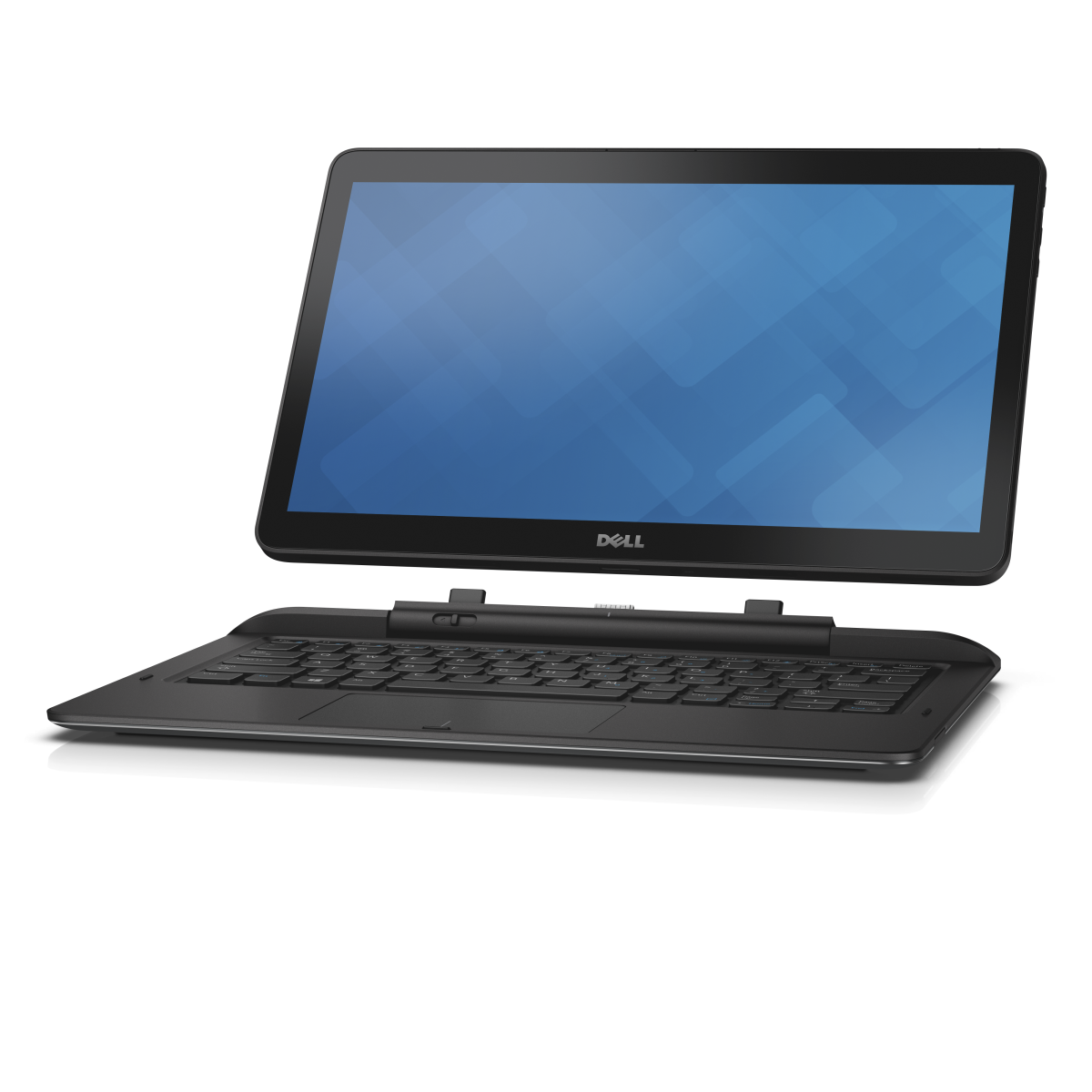 You see, we now work in a world where no single compute model fits all, lean back and lean forward, and Dell is flexing to meet this need. There are times when a businessperson wants to just take that tablet to the meeting, lean back in their chair, pay attention and take notes. They’re chilling, not necessarily “on-stage” in presentation mode. Other times they want to deeply engage another person in what they are doing and hand them the tablet. Think designer. Back at the hotel or on the airplane that same employee wants to watch a movie, read the news, or scan social media. The 7000 also offers a docking station which I personally used to configure a tablet-extended desktop setup using an external 25” digital display, 4TB external storage, multi-function printer, large, wireless keyboard and mouse. The 7000 is the corporate Swiss Army client device.

Consumers have been able to have this 2-in-1 capability for a while, but corporate options were limited, based on a few factors. Performance at a specific battery life metric were historically key objections to larger 2-in-1s. The best large, 2-in-1s with enough performance to run an uncompromised MS Office experience or a full PC browser really well lasted maybe four hours on battery. With Intel’s new, 14nm, 4.5 watt TDP Core M, Dell stretched that to 7-8 hours in tablet-mode and 12-13 hours with the tablet+keyboard (notebook) mode. While the Core M idles at a mere 500 Mhz., it “bursts” to 2.0 or 2.6Ghz. with two cores and four PC-grade performance threads, (depending on the model), giving users the needed performance when they need it.

Another 2-in-1 enterprise objection was security, manageability and durability. Well, the 7000 is locked down like the proverbial Fort Knox. It comes standard with Dell Data Protection (Security Tools, Protected Workspace) and Optional Encryption. It’s also FIPS validated with a TPM version 1.2, and Dell offers an optional FIPS 201 compliant Contacted Smart Card Reader, Fingerprint reader, and Contactless Smart Card with NFC. While this may sound like gibberish, it means a lot to government institutions, financial institutions, hospitals, and companies maniacal about protecting their secrets and IP. These are standard features in these segments and they won’t procure systems without these features. The 7000 also comes optional with Intel’s bevy of vPro technologies, including Intel’s systems management framework.

As for durability, the Latitude 13 7000 Series 2-in-1 is built like a tank. It’s not built to compete with the iPad Air, it’s really designed for industrial use and comes backed with a three year, on-site warranty. While I didn’t do a formal impact and vibration test, I was impressed that I could throw the 7000 across the room (really, sorry Dell) around 10 times and it didn’t break. It’s designed from the start to be more durable, which makes it larger and heavier than a consumer tablet, but similar in size and weight to today’s 13” consumer, thin and light notebook. Simply put, enterprise IT won’t deploy systems that they think have the chance to become maintenance or replacement nightmares.

As you can tell, I am pretty excited about the Dell Latitude 13 7000 Series 2-in-1 for enterprises who want to provide their users with one device, notebook first, to serve many different detachable use cases. For the first time, I feel that the performance, battery life, durability and security is finally there for enterprises to at least test and deploy devices like this for heavy duty productivity usages. I applaud both Dell and Intel for their efforts.