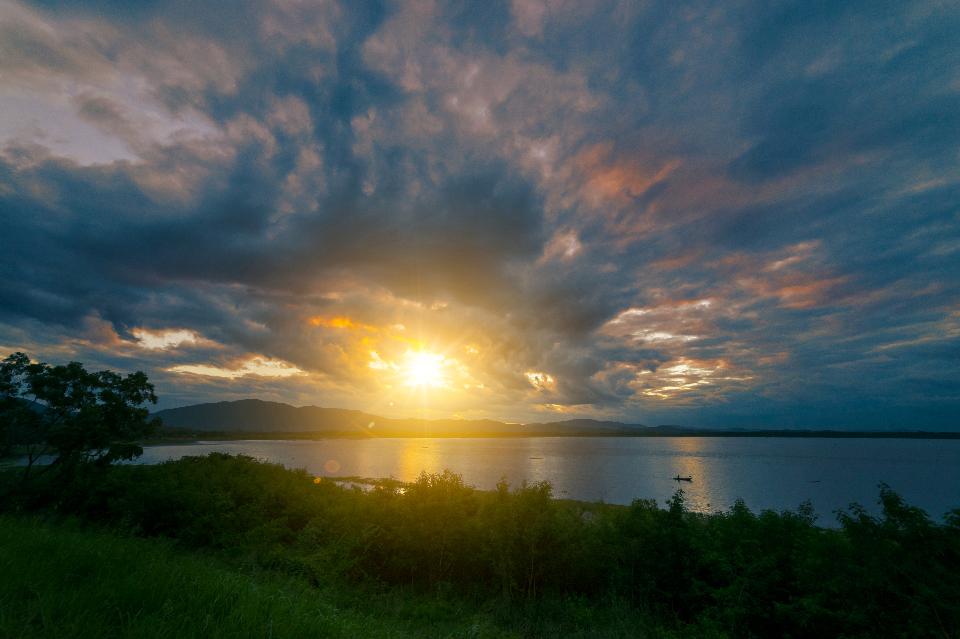 I have worked in tech for over 25 years in products, strategy, marketing, and as an industry analyst I have seen many varying approaches to determine what service and product experiences to create. All tech companies consider technology, customers, macro trends, profits, cost, supply chain, timing, etc., but all focus in on one of those variables. Google, I think it’s fair to say, prioritizes technology over everything else. Wal-Mart prioritizes supply chain. Others predict what customers will want without asking them, using instinct. Others talk to customers to predict what they will want most in the future.

The PC industry has gone through many up and down cycles and I’m glad to see where they are right now, in what I’ll call the “Windows 10 Era”. No, the industry isn’t the boom times of the 90’s or 00’s with double-digit growth in a time without smartphones, but a more mature time where companies actually have to segment and prioritize the customer. The irony is that while we’re not in the boom times, I can argue there’s more innovation going on than ever, and that’s really good for the industry.

It’s not like smartphones or tablets are setting the world on fire. Tablet sales have been down double-digits for multiple quarters. Where has the biggest tablet growth come from? 2-in-1 PCs! Smartphones are flat, too, as it moves more into a replacement or feature-phone upgrade market.

I have seen the PC ecosystem sub-segment the marketplace more finitely, focus more on delivering experiences people just don’t buy, but enjoy as well, and pay attention to the details. I’ve seen companies listening to customers now more than in the last five years than the previous ten years. Personally, I have been a pain in the butt nitpicking every issue on every Windows PC I have used the past five years I can say they genuinely care. I couldn’t say that five years ago.

What I wanted to do was share some of the top, recent PC industry examples of how some in the PC industry are actually listening to customers and what those companies did with it. I’m not going to go through the specific and detailed “nuts and bolts” research techniques used, but rather product and feature examples with some color of how they got there.

Microsoft Windows 8 was the road to Windows 10 and we’re all glad we’re here. It’s not by accident that Windows 10 is so much better than Windows 8, it’s by design and came from a new way of thinking. I can personally attest to that.

I think the best example of this was the Windows 10 Insider Program. I am in the program alongside 5M others to essentially critique and give kudos to Microsoft on every feature on every alpha and beta build of every Windows OS across PC, tablet, Xbox and phones. While Microsoft analyzes petabytes of information about how people use Windows, they believed for Windows 10 that actually getting direct feedback from millions of users was important.

Jeremiah Marble, Director of Windows Marketing told me in an email, “We can and do look at hundreds of pages of data to analyze trends and source key findings; however, there is no substitute for interacting with an individual. No one knows – or understands – how one uses technology better than the person using it.” The Windows 10 Insider Program is the ultimate tool for whiners like me and 5M others to help improve the experience for others.

Windows Hello is another good example. After using Windows Hello to securely unlock your PC by looking at your face and retina, many people’s reactions were “wow and why didn’t anyone do this before.” It took a complete Windows re-architecture to securely accomplish it and unlock it fast. What seems like quick magic as the user is logged in is some very sophisticated code and hardware to pull it off. I am told that an incredible amount of human factors testing went into determining the exactly how it should be implemented.

Microsoft invests tens of million into researching its users and experiences and I believe Windows 10 is a good testament to that investment. I’m excited to see what the new Creators Update brings to the Windows platform. I am certain to be giving the company feedback!

You may expect in Intel’s line of business, they don’t do a lot of end user research. I mean, they make chips, right? Intel actually does a tremendous amount of end user research and I have personally met with the team. And it’s a large team with a big budget. You see, when you’re investing $10B in a fab 3 years before a chip comes out, you need to know what direction consumers will go and cannot rely on anyone else. And when you spend as much as they do in marketing, the same thing holds true.

The best, recent example for is the work Intel did on 2-in-1s which, as I said before, are the growth spot known as detachable tablets and convertible PCs. Many years ago, Intel shared research with me that said consumers want maximum portability and versatility in a single device. The answer ended up being 2-in-1s, which I consider a success. I think it’s important to give credit to Intel for betting the farm on touch notebooks and 2-in-1s and investing 100s and millions to make it happen. Of note, I have seen Intel’s robots doing system responsiveness testing with high-speed cameras to truly measure “good” touch and “poor” touch. They then funneled all their findings to their PC OEMs to help with their systems.

Unknown to most, Intel does a lot of end customer research.

Dell has done an excellent job with the XPS notebook line. They were the first Windows PC player to commit to a premium notebook line after the Apple MacBook Air came out. It took a commitment at the highest level of the company, leaders like Jeff Clarke, because the spreadsheet never works out and says “yes”. I believe one thing that made XPS successful was the commitment to the premium audience and an attention to detail.

I had the chance recently to chat with Donnie Oliphant, Dell’s Director of XPS Product Marketing, with Dell 29 years, and he said, “we want to deliver the ultimate customer experience with XPS on day two as we do day 200”. That stuck with me, because as an ex-product guy, I know you can make design tradeoffs to be great on day one and horrible down the line. It’s such a simple statement yet so effective.

Probably the best recent Dell example of driving customer needs I’m familiar with is the Infinity Edge display on Dell’s XPS 15. Their Infinity Edge Display, which literally has no bezel and is based on IGZO technology, didn’t even exist a few years ago. It was literally a joint development between Dell and Sharp. The benefit of this display is that you can make a notebook very narrow. In the same space you could put a 13” or 14” notebook before, the Infinity Edge enabled a 15” display notebook. It also looked really futuristic, like one would expect way out in the future. Dell was driven by early intuition and research in this case, but then did more research to determine acceptable customer trades-offs in focus groups.

HP does a ton of research on their products, but what strikes me as one of the biggest, recent commitment to the customer is that they’ve dedicated an executive who spends most of his time outside of the company talking with customers and customer influencers to bring insights back inside the company to drive real change.

I had a conversation with Mike a few months back and we were chatting about HP’s re-entry into the high performance gaming segment with OMEN after being out of it for a while. He talked about research they did with performance and enthusiast gamers to help drive their design focus.

The first was performance, and Mike commented in a way only Mike can say, “our customers have made it clear that if we don’t nail performance they will nail us in reviews”. Therefore, minimum launch criteria were just that-it doesn’t go out the door without great performance benchmarks. This sounds straight-forward, but for a company that didn’t dedicate itself to the enthusiast gamer, this is different. Another was “upgradability” which gamers defined as maintaining or upgrading performance over time. Many in the industry scoff at this but these gamers actually upgrade their CPU, RAM, graphics and even hard drives to attack the latest AAA title. This too must sound very straight-forward, but if performance and enthusiast gamers aren’t your serious target, you wouldn’t engineer for this as it costs you in other areas.

One of the things I most admire about Lenovo is the willingness to take some risks to actually test out concepts they had researched before-hand, take them all the way to market, then test in-market. Lenovo pioneered the idea of a convertible Windows PC with the sub-brand Yoga and many have followed. Some may think this came out of technology looking for a solution, but it actually was driven by research the company had done on future usage models and designs. Imagine the guts it took to bring Yoga out with Windows 8.

Many generations later comes the Yoga Book of today, and Lenovo shared some of their research findings with me on it via an email on some key consumer insights that drove them there. From an in-house research study on their consumer customers, they found nearly a third of consumers use a digital pen or stylus with their tablet. They said they drilled in with Microsoft and realized that “the process of writing and drawing helps to reframe content – making it more memorable and better suited for conceptualizing, prototyping and brainstorming.”

Their consumer research said that today’s tablets can be hard to work with while traveling and pens can be inaccurate as well.  So they created the Yoga Book with its “instant halo” keyboard and dual-use stylus that writes on paper and then onto the screen. The pen holds real ink tips onto a piece of paper covering the multi-use keyboard panel, or as a stylus when applied straight onto the panel like a traditional electronic pen. I’ve tried it for 30 minutes, it’s very cool, and drawing on it is natural because you are drawing on paper!

I haven’t done a long-term test with Yoga Book buy am looking forward to it.

I don’t believe the PC industry would be innovating nearly as much or be as customer-focused as they are today without the mobile industry sucking the oxygen out of the room for a few years. Everyone should give a tip of the hat to the mobile industry. But oh what a difference a few years make. The smartphone market is huge but has stalled, tablets are in free-fall and tablet growth areas are PC-based or PC-like. Tablets are now a smaller unit and revenue market than PCs. The general consensus is that Windows 10 is good and PC OEMs are listening so much more to consumers. I can personally attest that PC makers are making many good decisions as I press on them and get the right reaction back.

I want to be very clear on something. No one including me thinks the PC experience is perfect, but the great thing is that the industry knows it. I think this new-found passion for perfection and detail can only lead to better improvements in the PC ecosystem.

If the industry can connect the dramatically improved product experiences to the marketing and trial, could we see a consumer PC resurgence? Tough to say, but I am very confident in a commercial 2017 refresh driven by security hardware and Windows 10 which could drive consumers in an ironic twist. It’s up to the PC industry for the holidays to make their case to the consumers and at least they now have the goods.