Nvidia today announced the Tegra 4i, a smartpone chip with an integrated LTE modem on the same physical die.  This is a follow-on to 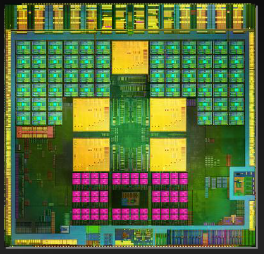 the Tegra 4 that was announced at this year’s CES 2013.  Nvidia is making some very bold claims about the Tegra 4i versus Qualcomm’s Snapdragon 800, and while there are no 3rd party benchmarks yet substantiating the performance and efficiency claims, if Nvidia does deliver as promised, they could have something very unique for smartphones.

Today, Qualcomm is the only mobile phone SOC designer who currently offers an integrated LTE solution and they have historically led in different and new communications standards.  Qualcomm also have one of the few ARM architecture licenses, meaning they can optimize their CPU solution as long as they adhere to the ARM instruction set to assure app compatibility. Nvidia has an architecture license for the 64-bit v8 version going forward.  Qualcomm took advantage of integrated LTE in 2012 and were rewarded by their unique offering.  Phone makers, however, rarely like one dominant supplier and that’s where the Nvidia Tegra 4i and the Icera i500 modem come into play.

Let’s dive into the Nvidia Tegra 4i and run down the spec list:

With the Tegra 4i, Nvidia will become the only other supplier in 2013 to offer an integrated LTE solution. Integration can mean lower power, lower cost, and smaller package and this is a big deal in itself.  The bigger deal are Nvidia’s performance and efficiency claims and estimates versus Qualcomm’s Snapdragon 800:

What is absent are GPU, usage model, application and power benchmarks which will need to come later.  Nonetheless, if Nvidia’s estimated do stand true and the synthetic numbers do translate to real-world  usage models, then this is a real step forward for Nvidia. Timing is another area where Qualcomm appears to have an advantage.  Qualcomm said its new silicon would ship in phones in Q3 and Nvidia in Q4.  If this stands true, Nvidia is risking it schedule-wise for the holiday selling season.

So what do we make of the Tegra 4i?  If Nvidia can deliver the goods with an integrated LTE solution at the estimated perfomance levels which extend to real-world usage models, they will have raised their game in smartphones and have the ability to take some share.  Smartphone SOCs are a competitive business, in particular, with continued vertical integration by smartphone makers like Apple, Samsung and Huawei, low-priced SOC vendors like Mediatek delivering the low end, and Intel with a major mobile chip on its shoulder.  Regardless, Nvidia has raised the smartphone SOC stakes for 2013.