Yesterday, the US and European regulatory agencies approved Google’s acquisition of Motorola.  Specifically, Google is acquiring the smartphone and set top box assets and of course, the vital intellectual property Google 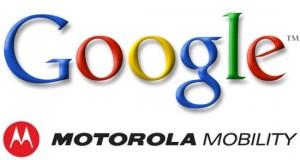 needs to protect its Android  smartphone licensees.  Ultimately, the Motorola smartphone brand at Google will pay the ultimate price for the IP and capabilities it will provide to their new owner.  As we have seen play over and over in high tech, you cannot directly compete long term with your own customers long-term.  The Motorola smartphone brand at Google will unfortunately need to die for Google to realize its Android aspirations.

Apple redefined a quality smartphone experience and the company is being rewarded deservedly with market share, market cap gains, but most importantly consumer loyalty.  One strategy Apple uses to deliver their experience visions is to very tightly integrate software and hardware.  Apple defines their desired smartphone experience three to five years out and the corresponding software and hardware building blocks required to deliver it.  Silicon is the longest lead time block and this why they develop their own applications processor, the Apple A-Series.

Essentially Apple combined their long history of device and operating system core competencies with a newly-developed hardware component capability to deliver the most desired smartphone experience.

This left Google in a very difficult position. Google, at its core, is a web services company and this is about as far away from Apple’s competencies as one can get.  Google responded with what you would expect in the industry; partnering.  Their initial strategy was to setup an evaluation process to choose a lead silicon architecture for a specific Android OS version, choose an ODM supplier, then build a Google branded or sub branded phone.  What launched were the G1 and then the Google Nexus.  This seemed smart at the time in that Google could build a phone with the best specs and experience they thought were important then their partners could follow in behind or beside them.

The result was a high degree of market share, but not due to a superior experience.  Google’s meteoric rises was due to manufacturer proliferation, higher end hardware specifications, were more carrier friendly than Apple, and many times a lower consumer price.  Unlike a superior experience which builds loyalty, none of the variables that led to the Google share increase are defendable.  Google needed an answer.

In addition to needing to protect their Android licensees, Google needed to remove a layer between them and the consumer. Google realized that to compete head to head with Apple on a combined hardware, software and services basis, they needed to directly have this capability, and fast. So they bought Motorola’s smartphone assets and IP along with set top boxes.

The industry erupted with what you would expect; a need to understand how Google would now work with their Android licensers with whom they now compete. The Android customer list is long. Here are many of the top players: Samsung, LG, Sony, Huawei, HTC, ZTE, Casio, Sharp, Acer, ASUS, and Lenovo.

Now Motorola, a Google company, will be fighting against their own Android licensees inside the carriers and  for the consumer’s heart.

Google was very quick to try and calm those concerned.  CNN’s Mark Milian’s report of Andy Rubin’s response said it concisely: “Andy Rubin, Google’s head of mobile, said during a Google conference call in August announcing the Motorola acquisition that the new unit will be run as an independent business. As for preferential treatment regarding lead devices, Rubin said Motorola “will be part of that bidding process.”

This sounds nice but is far from the realities of competition and history.

Co-opetition Not Same as Direct Competition

Google is saying Motorola will be on an equal footing with all of the other Android licensees with confidential information flow, software bits, support and marketing.  This is at the same time that Google intends to have the tightest hardware and software integration that requires very private long lead planning sessions that go out years into the future. Will Motorola and Samsung be part of that process? I think not.

Motorola will be the only handset provider sitting at the table with the Google Android team. If Motorola doesn’t have a seat at the table then Google fails to deliver tight hardware and software integration goals.

I have heard that the Motorola and Google deal is the traditional hi tech co-opetition we see every day.   Factually, it’s very different. Co-op petition happens when competitors have to work together in different fields to achieve their goals. For example, Intel has to work very closely with AMD and Nvidia to make sure its platforms are compatible with their discrete graphics card. Intel doesn’t have a discrete graphics card business with and I certainly believe that if Intel did, their relationship would be very different thatn it is now with AMD and Nvidia.

Google cannot have it both ways and something must give up something.  To best illustrate this I developed the likely scenario of how things play out.

Here is the step by step scenario I see playing out:

This may all sound pessimistic, but think about other potential examples in different industries and gauge your reaction. Imagine how PC OEMs would react if Intel bought ASUS. More PC OEM business would shift to AMD.  Or what if Samsung bought T-Mobile? How excited would AT&T or Verizon be to carry a full line of Samsung handsets?  We all know the answer to that. Google will get what they needed; the IP and hardware knowledge but will fail to replicate an Apple experience.  The Motorola-branded handset will be sacrificed in the learning process.