One great thing about a tech industry in transition is that manufacturers amp up the amount and breadth of the products they announce.  2012 was a transition year for PCs, smartphones, and tablets, and there were so very many great options to choose from.

My selection criteria for my favorite, significant products was simple: 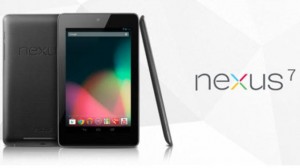 display, NVIDIA quad core Tegra 3 silicon, and Android Jelly Bean.  The tablet leveraged Android’s phone ecosystem, not Android’s anemic, 10″ ecosystem.   The most significant thing the Nexus 7 brought to the table was “feel.”  It felt great, almost as good as iOS, through the “Butter” enhancements, and that is something Applehad the advantage on for literally years over Android.  I still use my Nexus 7 on an almost daily basis.

I was a daily user of my iPad 1 and iPad 2 so it made sense to explore the iPad 3.  Even though it was thicker and heavier than the iPad 2, I bought one because of the Retina Display.  The display was simply awesome, particularly for a near-sighted person as I.  The iPad 3 also ushered in the beginning of the public “graphics wars”, where Apple mistakenly went after NVIDIA’s Tegra 3 using some synthetic graphics benchmarks. This made Apple look weak and defensive and NVIDIA look strong.

My kids are now the primary users of the iPad 3.

The best stand for the iPad 3 was the HumanToolz iPad Stand, which equaled the iPad in design and mechanical craftsmanship.  The forged aluminum stand fits like a glove through a combination of connectors, magnets and pads, and enables the user to use the iPad in about any angle or configuration.

I was an advocate for hybrids and convertibles way before it was cool in 2011, and am still one today.  The Dell XPS 12 is a touch Ultrabook whose display swivels to become a tablet.  Make no mistake, as in the name, the XPS 12 is an Ultrabook first, tablet second.  Mine sports an Intel Core i7, 8GB RAM and 256MB of flash drive storage, so it’s no lightweight on performance and, like any Macbook, it’s a bit heavy, between an Air and Pro.  As a tablet, it is heavier of course than a tablet-only device orMicrosoft Surface, but until 2014, you can’t have everything.

The Razr I is the first big-brand phone with Intel-inside and with a unique industrial design.  The phone was fast and got really good, if not great, battery life.  Some of the unique things I noticed was just how fast the phone was on basic tasks and just how precise it was on speech to text and web browsing, things that are important to me.

The Razr I proved many things for Intel in mobility:

The Razr I wasn’t perfect as it supported 4G HSPA+ (not LTE), did not yet have Android Jelly Bean, but is on its way (up to Motorola), and I’d like a little better camera.  The Razr I is one of three phones I carry.

I got this late in the season so I’ve only had a few weeks with it.  The reason it makes the list is its camera and overall experience.  The camera, quite frankly, is the absolute best I have used so far.  Low light really is amazing, and unlike my iPhone 4S pics, doesn’t white out while using a flash.  Its physical optical image stabilization is part of the magic, the other part is finely tuned software connected to its sensor and ISP (Image Signal Processor).   The overall experience is elegant, and in my opinion, more elegant than on iOS, but then again more limiting, too.  True multitasking is something of a black box as you’re not quite sure what is happening or can happen in the background.  I never noticed a single lag which I will attribute to Qualcomm silicon, Windows Phone 8 integration, and the minimal allowable multitasking.

The only major downside is the absence of some of my “front-page apps” without replacements like TWC TV, WatchESPN, Instagram, Pulse, Sugarsync, TripCase, and Expedia.  The Lumia 920 is one of three phones I carry.

Like the 920, I got HTC One X+ late in the season, but it deserves to go on this list because it “feels” like the fastest phone I’ve ever used and it has really good battery life.  If the phone sounds familiar, it is.  It’s basically the HTC One X with NVIDIA quad core Tegra 3 clocked at 1.7ghz instead of a Qualcomm Snapdragon.  Ironically in a chip sense, it does include Qualcomm LTE wireless.

What do I mean by fast?  If you’ve used Android, you know that more things you allow in the background, more widgets used, your phone starts to bog down.  I loaded the HTC One X+ to the absolute max and it didn’t skip a beat.  Very impressive.  With LTE in Austin, I got 53Mbps down on AT&T, which blew me away, too.  With all the speed came good battery life, too.  HTC claims on their web site that it actually gets “up to 50% better battery life than the HTC One X”.  I am skeptical about sweeping claims like that as I want to see the details, but the phone did deliver very good battery life.  The HTC One X+is one of three phones I carry.

This ultrathin came in last week, so I haven’t been able to take it through its full paces, but I am initially so impressed that it makes it on my list.  Why?  Think brushed aluminum, thin, light, great battery life, instant-on, AMD Trinity quad core APU, AMD discrete graphics, 1080P IPS touch-display with Windows 8, gesture touchpad, back-lit keyboard…. affordable.  You get the idea.  I will drill down into this the more time I spend with it, but this is a very nice laptop.

So these are my favorite, most significant products that I have used in 2012.  Products that brought something entirely new to the table and ones that provided a good or great experience.  I would love to hear your comments below.