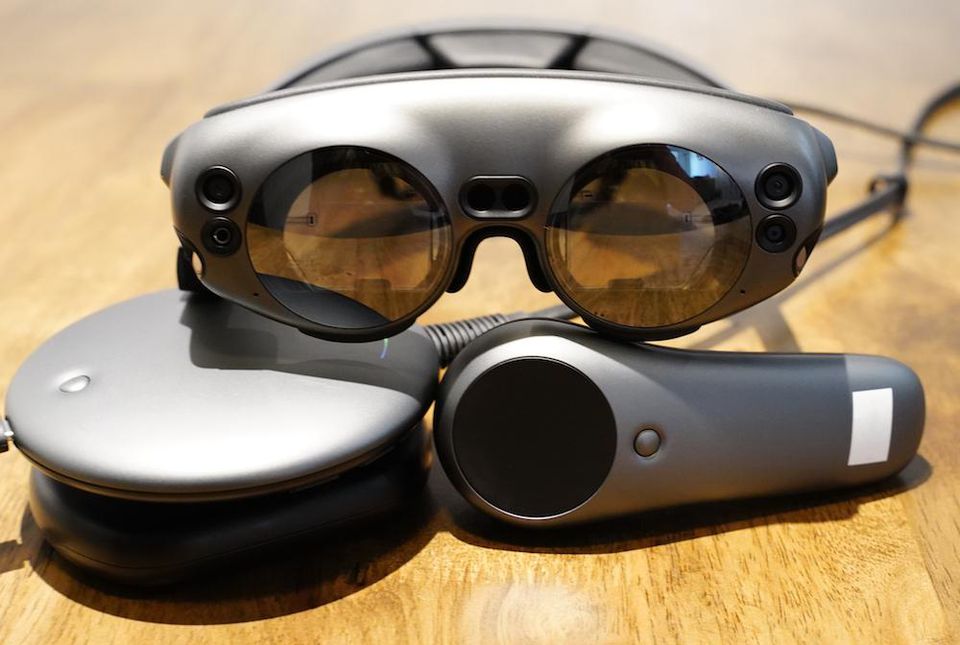 I want to start off this brief by saying that I’m a huge proponent of AR and VR and I don’t want to come across as a naysayer. It’s important to note that mistakes have been made by all players on the scene at some point or another, and what really matters is whether or not a company learns from its mistakes and bounces back. Today I want to talk about the Magic Leap One, Magic Leap’s much-awaited and over-hyped augmented reality (AR) headset. I got a chance to try out the headset for a couple of days, and I’ve formed some opinions of the company, platform, and hardware that I would like to share.

To date, Magic Leap has raised by far the most money of any startup in the immersive computing space. However, Magic Leap’s approach to developing its headset and platform is both time and capital intensive, since it seeks to do almost everything in-house. This fundamentally puts limitations on what Magic Leap can accomplish with its capital and resources. Sure, it’s got over $1 billion, but it also has a lot more expenses than other companies. On the other hand, Apple , Facebook , Microsoft, and Google have way more resources and are more willing to acquire and license technologies where it makes sense. While Magic Leap’s valuation may make it seem like a giant, its biggest competitors could easily spend an equivalent to the startup’s valuation in a single year on their XR ambitions.

Magic Leap’s first mistake was that it hyped its product beyond what it could deliver. It spent far too much time and effort trying to make the technology look cooler than what’s actually possible today. I’m talking about those consumer-facing YouTube videos that the company published showing off the capabilities of its headset. Perhaps Magic Leap should have spent less time and resources trying to impress celebrities and other influencers with the headset and more towards getting it to a place where it doesn’t look like early-2000s futuristic Oakley goggles.

Snark aside, the Magic Leap One looks like a slightly sleeker Hololens—a set that is multiple years old. This is virtually an eternity in a bleeding edge market like immersive computing. Hololens also has the benefit of having integrated compute built into the headset. Magic Leap didn’t do that, opting instead to put the compute inside of a clip-on wired hockey puck which has active cooling inside. It could be argued that putting the compute into a separate piece of hardware helps reduce head strain and improve performance, but I suspect that Magic Leap just isn’t there yet in terms of the technology necessary to make it fully standalone. Different companies appear to be taking different approaches to AR and VR compute placement, and with AR glasses you generally have less space to work with than VR.

Still, first impressions have been mostly positive about the Magic Leap One itself, with people saying it has a wider FoV than the Hololens and good image quality.  My experiences support these impressions. The headset still has a relatively narrow FoV compared to other VR headsets (like StarVR, with its 210 degrees of FoV), but I have seen some developers cleverly address these limitations with their well-designed applications. Nevertheless, the FoV does not match the experiences that Magic Leap teased in its promotional videos. Microsoft made this same mistake with Hololens and left many people disappointed. Magic Leap isn’t doing a lot of outreach, although is holding its LeapCon developer conference on October 9th and 10th and I’m sure we’ll hear more about it there.

At a price tag of $2,300, I won’t be putting the money down for a headset of my own. The expensive pricing is another major thing Magic Leap is getting wrong—perhaps the company is having supply or manufacturing issues, but regardless, it is on track to repeat Google Glass’s mistake of being too expensive for consumers’ tastes (and we all remember how that turned out). I believe that Magic Leap needs to make this development headset as affordable as possible to enable as many developers as possible to build apps for the device and platform. Frankly, the consumer version of Magic Leap One needs to be better looking and smaller, as well as considerably cheaper. Companies like Oculus just seeded headsets to developers to ensure that they had the opportunity to make apps. Making developers pay for the Magic Leap One, let alone making them pay $2,300, means that only the larger more well-funded developers will get a chance to develop for Magic Leap. Another thing to note is that Microsoft’s Hololens was never pitched as a consumer product while Magic Leap still is. This disparity is going to be a hard one to explain when the starting price for Magic Leap is a prohibitively expensive $2,300.

With Microsoft already rumored to be working on the next-gen Hololens, it makes it very difficult for a developer to go for a Magic Leap One. Microsoft’s mixed reality platform is more mature, with more developers and enterprises using it. Magic Leap, in my opinion, has not yet provided a value proposition that encourages developers to build applications for the headset or platform. Perhaps Magic Leap will provide more details at its developer conference this month. Sure, there’s a lot of excitement around the headset itself and what Magic Leap can do, but I believe it’s failed to really energize the full XR ecosystem. This is a shame because it seems that the developers who can actually afford a Magic Leap are quite happy with the platform. Perhaps word of mouth will help the company out a bit here.

I believe long-term that Magic Leap will have a much more refined and capable version of the Magic Leap One for consumers, but that might not matter if it can’t get developers interested and invested in what it is offering. I’m hearing murmurs that other headsets are far along in development already. If this is just Magic Leap putting out a development headset for development’s sake, then the company should be clear about the future roadmap for a consumer headset. Being secretive only gets you so far, and frankly it’s only really worked out well for Apple.

I believe that Magic Leap needs to be successful for the market not to implode, but the company has seemingly repeated a lot of mistakes made by others. It is reassuring that it is actually shipping a product people are happy with, but my concern is that Magic Leap has over-hyped its product far beyond what it is actually capable of delivering. I am very bullish on the whole XR spectrum, but I’ve been pessimistic about Magic Leap since Day 1 because of the high expectations the company set for itself. Now the company has to show how it’s going to increase developer engagement and get a consumer headset ready to ship. I’ll be watching closely for this at LeapCon later this month.