Apple’s iPad has had quite an impressive run in consumer and business markets.  In fact, the iPad reshaped the entire direction of the PC and application market.  For years, it was the only game in town in consumer until the 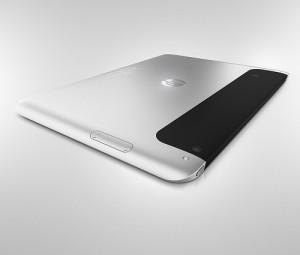 Amazon Kindle Fire and Google Nexus 7 showed up, which reset tablet expectations and drove Apple to introduce the iPad mini.   The enterprise situation was similar, but it took a lot longer for viable alternatives to the iPad to show up.  Driven by the combination of Intel’s Clover Trail SOC and Windows 8 Pro, HP, Dell, and Lenovo have recently introduced enterprise tablets with enterprise value propositions  that have the ability to limit Apple’s growth in this space.  While I have written a detailed whitepaper here, the following is a short synopsis.

While Apple provides no hard data on exactly how many iPads they have shipped to enterprises, they have been very communicative about how many enterprises are testing or deploying iPads.  In their Q2/2012 earnings call, Tim Cook reported that 94 percent of the Fortune 500 and 75 percent of the Global 500 are testing or deploying iPads. For a product that’s only three years old, this is impressive.

The iPad’s enterprise test or deployment penetration makes sense when looking at the previous 22 years of Windows tablets.  Introduced in 1991, Windows tablets were heavy, thick, expensive, fragile, and required a pen to operate.  A few niches like medical and retail picked them up, but they never received mass enterprise appeal.  I can personally relate to this because for nearly two years, I used the iPad, then iPad 2 and 3 as my primary productivity device.  By primary, I mean I spent the most hours in front of it taking notes during briefings and writing papers.  I first used the ZAGG keyboard case then moved to Logitech’s solution.

Deploying enterprise iPads aren’t a walk in the park, though.  They require new security, provisioning, management, deployment, repair and service investments, resources and training.  Enterprises were willing to deploy iPads because the CEO and departments were screaming for it, and nothing in the Windows world came close to the thin, light, 10 hour battery life and responsive iPads. Heck, they couldn’t even print and enterprises love to print.  Like enterprise PCs in the late 80’s, the CEO and department heads won the battle.

For the last three years, both Intel and Microsoft have been working on core technologies, namely Windows 8 and the Clover Trail SOC to meet the needs of enterprise and the end users.  Windows 8 Pro starts with a touch-first experience and a desktop experience for legacy apps that require the precision of a mouse and keyboard. The Intel Atom Z2760, aka Clover Trail, enables a fanless tablet experience that gets up to 10 hours battery life and is compatible with both Metro touch apps and Windows 7 desktop apps.  The combination of the two enabled HP, Dell, and Lenovo to introduce tablets that provided the consumer-friendly features of the iPad while allowing enterprise IT to use the same security, provisioning, deployment, management, service, and repair processes and tools as their Windows 7 PCs. These are tools like WinTune and SCCM.  Windows 8 and Atom devices also provide compatibility with millions of hardware peripherals like printers, mice, keyboards, cameras, receipt printers, fingerprint readers, etc.

Only recently available for enterprise pilots, HP, Dell and Lenovo have really developed a “best of both worlds” approach to their enterprise tablets.  While I have many more details here in a white paper, here are some highlights:

As you can see by the data above and you can find in detail here, HP, Dell and Lenovo have all managed to equal or surpass the iPad in consumer-friendly features while maintaining PC compatibility and compliance for security, provisioning, deployment, management, support and service.  Windows 8 has its issues, but I expect many to be addressed in the next 12 months.

So does this mean the iPad will wither away and die in the enterprise?  No, absolutely not.  It means that the iPad’s uncontested enterprise run is over and Apple will need to raise their game even higher or lose mind-share and market share.  Since the iPad never had viable competition for years and now they do by vendors who are enterprise experts, only a fool could surmise that it won’t have an impact.

Apple does great, no, phenomenal, in markets where they have a three year lead, but where it gets more difficult for them is where others catch up, and in this case, surpass Apple on a few critical vectors.  Apple is still #1 in consumer tablets but their share is declining precipitously to Android vendors.  The iPhone 5 is the best-selling smartphone but they have lost their overall lead to Samsung.

Given HP, Dell, and Lenovo’s focus in enterprise, it could be a very rocky road for Apple in the enterprise in a few years, particularly when you know what is on the Intel’s SOC roadmap and factor in improvements to Windows 8.

If you want more details, you can download the white paper on this topic here.