Many announcements from game publishers, developers and hardware partners have come out Game Developer’s Conference (GDC) 2016 in San Francisco this week. One of the biggest that got less attention than it deserved was the growth of Crytek’s VR First initiative and their partnership with Advanced Micro Devices (AMD). Both AMD and Crytek have been pioneers in virtual reality (VR), pushing VR as a future use case for their products at least for the last year, if not longer. So, it seems natural that Crytek and AMD have announced a partnership as a part of Crytek’s VR First initiative. 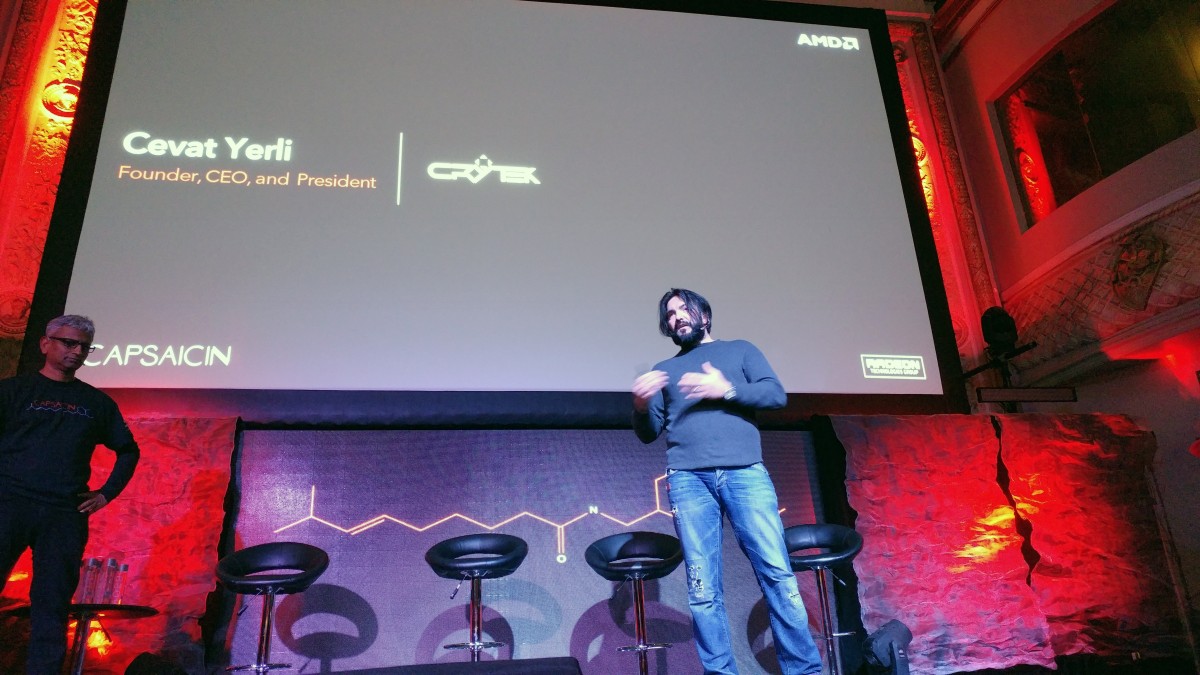 Crytek’s VR First initiative was announced in January with the first participant being Bahçeşehir University in Istanbul. The initiative is designed to help game developers and 3D artists gain valuable experience and connections with the VR industry using CryEngine to create next-level VR experiences.

As of this week, the list of participating universities has expanded. Crytek added University of Southern California (USC), Purdue, Rochester Institute of Technology, Vancouver Film School, University of Florida, Carleton University and CSU Monterey Bay. This now brings the list of VR First universities to 8 in a short time, increasing CryEngine’s reach. Offering CryEngine V for free (announced this week) isn’t enough. Crytek also needs hardware partners to help them supply the universities with the right equipment to make great VR content with their engine.

One of the biggest pieces of that pie is AMD’s involvement in Crytek’s VR First initiative. Yes, the VR First initiative does have other VR industry leading partners like Razer/OSVR, Leap Motion and Facebook’s Oculus. However, two of them are mostly HMD manufacturers and the other only provides an interface device. AMD brings something different: the horsepower to make VR creation possible. More importantly, AMD just announced their new Radeon Pro Duo graphics card, which is squarely aimed at the content creators Crytek is trying to help.

What makes AMD’s involvement so great is that they have been pioneers in VR, creating technologies like Liquid VR and supporting the growth of independent VR conferences like VRLA and independent VR developers. Many of these efforts have been spearheaded by AMD’s Corporate VP of Alliances and Content Roy Taylor and his team. AMD has been a leader in VR, and partners and press are starting to take notice. Having a card like the Radeon Pro Duo and making it available to developers in universities also means that developers will already start building games with multi-GPU in mind.

AMD’s and Crytek’s strategy with the VR First initiative reminds me very much of what NVIDIA did in the early days of CUDA. It plants the necessary seeds at the university level so that people graduating from the universities teaching VR programs are using CryEngine and AMD Radeon. People grow familiar with technologies and tools when they first learn how to use them. If those tools and technologies are good, then they eventually drive the entire industry in that direction. NVIDIA did it by teaching CUDA in universities, and CUDA has been a wild success. I think Crytek and AMD can accomplish a similar result together in VR, especially considering the high quality of Crytek’s engine and AMD’s hardware and drivers.

AMD and Crytek look like a winning combination, and the VR First initiative, if successful, can become a catalysts for industry change. It would not be unreasonable to assume that other universities are waiting to join the VR First initiative and that we could see this program grow in ways that neither company could have ever imagined. If VR First becomes the standard for VR in universities, we could see some serious changes in what engines and game hardware are purchased in the future.