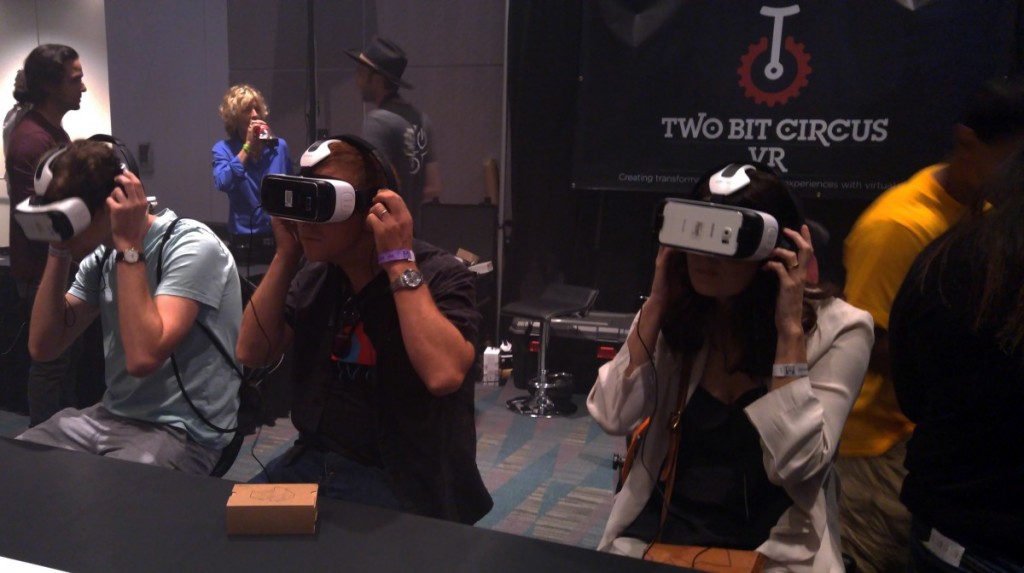 Ever since Facebook acquired Oculus to the tune of $2 billion, Virtual Reality (VR) and Augmented Reality (AR) have attracted interest. VR is getting a lot of attention because of support from the hardware, ISV, middleware, and investment communities. Since 2010, VR has gotten a total of $800 million in investment, with $300 million this year alone. Some investments are being driven by grandiose expectations, but I think VR is going to take time to saturate the market—if ever. I want to preface this article by saying I am a huge proponent of VR. I believe VR has the potential to fundamentally change how we do many things today. However, I believe that expectations and valuations could hurt VR if they are set too high. This year, I’ve studied various reports from different firms, including investment banks, and realized that many don’t know how much VR is worth or will be worth.

One report by Juniper Research forecasts 30 million head-mounted display (HMD) shipments by 2020. That expectation includes a projection that 3 million HMDs will ship by 2016 driven by video and gaming use cases. My biggest problem with this projection is that there is no one combination of players that can ship 3 million units. Even taking Oculus, Sony, Samsung Electronics, and HTC/Valve and all their HMDs into account, the prices and volumes simply won’t be there for 3 million units in 2016.

The reality will be much closer to 1 to 2 million units in 2016, and most of those will likely be Samsung Electronics’ Gear VR headsets, since the latest version will be shipping for $99 and be compatible with all of Samsung’s latest high-end phones. Oculus doesn’t have the manufacturing capacity or the price point (around $400-$500) to drive enough volume to help reach 3 million units. The same goes for the Vive; they aren’t targeting to make it a high volume product. While we don’t know the price yet, we know it’s going to be more than the Oculus Rift and that will affect volume on its own, not to mention the fact that you need quite a bit of space to set it up. Sony and Samsung are the only two companies that really have the knowhow to potentially ship enough units to hit the million mark. They both require users to have their ‘base’ hardware (PS4 or Galaxy) to use their hardware, which locks down their max market size to however many PS4s or phones they’ve sold. We don’t know what kind of attach rates consumer VR headsets will have, but we do know that price is a major factor; the price of the PlayStation VR will likely be close to the price of the PS4 itself, which is not a good thing for volumes. An initial investment in PlayStation VR could cost $700, even with PS4’s recent $50/£50/€50 price reduction.

Sony has shipped 30 million PS4 consoles, and the experience on the PS4 is actually rather good. Sony likely has the best developer base to work with on PlayStation VR, followed by HTC and Valve. But we probably won’t see Sony ship PlayStation VR headsets in the millions until 2018. The same is very likely true for Oculus as well, but I’ll cover that in another report. 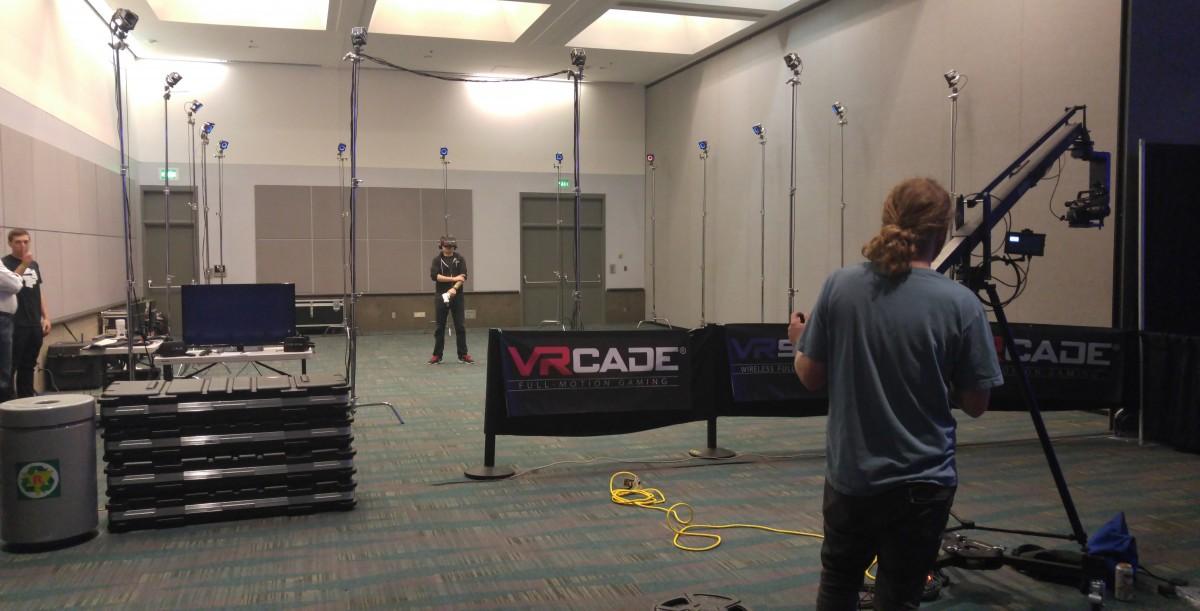 A Business Insider report talks about the upcoming VR ‘sales explosion’ with a 99% CAGR from 2015 to 2020. They expect VR shipments to create a $2.8B hardware market by 2020, up from $37M this year. They claim that VR headsets are fairly low-cost in the consumer electronics category, and that should help drive adoption and make some allusion to smartwatch prices. That was in April. In September Deutsche Bank predicted a VR TAM of $7B by 2020—significantly bigger than other estimates—with more than half of that somehow coming from advertising. They also predicted Oculus to gain $600M in revenues from VR headset in 2016. The report states that the these figures represent nearly half of the global desktop VR market and that Facebook stands to earn approximately $100M through paid downloads, in-app purchases, and subscriptions through the Oculus app. However Oculus is unlikely to break 1 million units in 2016 especially if their price is $400 to $500. Oculus’ unwillingness to give a firm price is hurting them and VR as a whole, because it makes it hard to estimate sales and revenue. It’s understandable to keep their competition guessing, but if they are the true market leader, price shouldn’t matter as much.

Oculus recently disclosed that they’ve sold out of their DK-2 headsets and shipped a total of 118,000 since its debut over a year ago. And yes, while the DK-2 is supposed to be a developer’s kit, many consumers bought these as well, so we can get a pretty good idea of where these headsets are shipping and where VR is popular. The expectation that Oculus can increase their shipments of the consumer version by more than 10 fold over the DK-2 in the first year is extremely ambitious, and even 10 fold is generous. An Oculus Rift VR headset is going to require a computer costing around $1,000 to run smoothly and to deliver the proper VR experience. Someone looking to jump into VR on a PC will have to spend $1,500 (Oculus’ own words) to get the proper VR experience. This barrier-to-entry is pretty high, and even for PC gamers a $400 to $500 component is neither a quick nor easy decision.

Credit Suisse predicts Oculus will ship 5 million units in 2016 at a loss on each unit. They expect Facebook’s revenue to grow around $1.5B mostly on the growth of the Oculus Rift and earnings-per-share (EPS) to shrink due to the losses attributed to Oculus’ shipments. If Facebook and Oculus do plan to ship the Rift at a loss, then Oculus’ Rift headset is really closer to $500 in cost. Their projections are based on an ASP between the $99 Gear VR and $400 to $500 Rift with an ASP of $350, which is also pretty generous especially considering that the industry consensus is that mobile volumes will heavily outpace PC deployments like the Rift and in consoles like the PlayStation VR. At $99, the Gear VR has the highest hopes of shipping the most units and giving Oculus, Samsung, and VR as a whole a fighting chance. At $99, it can be bundled easily, bought easily, and is considered more of an accessory that users could obtain. It is also a lot easier to manufacture in volumes than the Oculus Rift and has a pretty big installed base of Samsung’s 2015 Galaxy phones. If Credit Suisse is going to bundle Gear VR with the Rift, then their ASPs should be much lower and they probably still won’t crack the millions. The best chances that VR has to even come close to the earlier figure of 3 million units in 2016 will likely come from Samsung Gear VR and competitors to Gear VR. 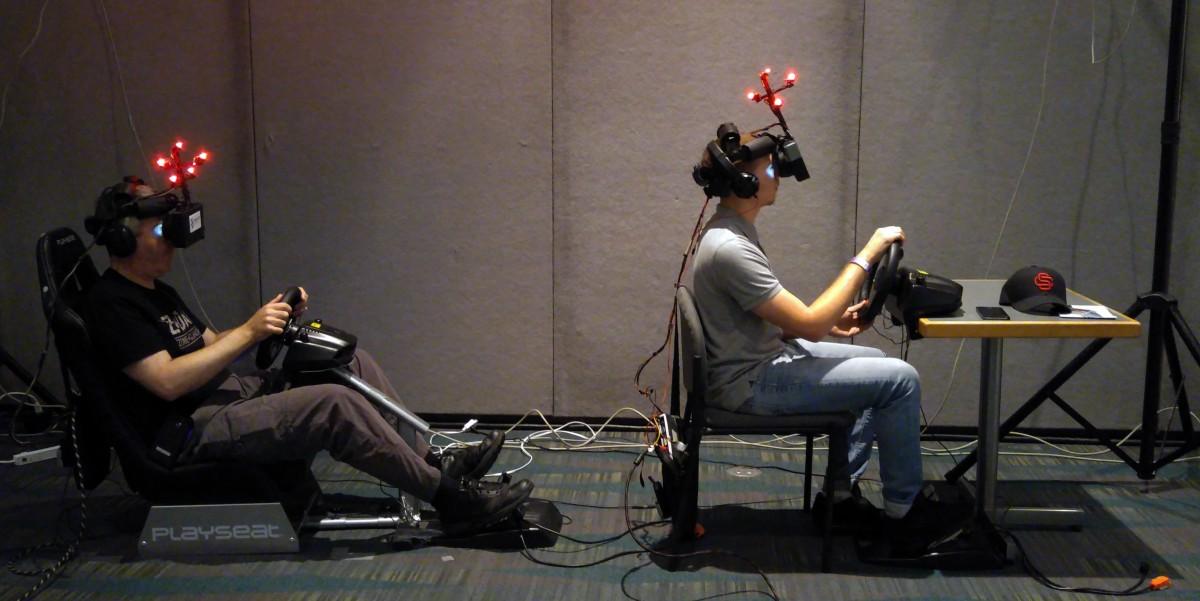 What VR needs right now are realistic projections with realistic expectations. Mark Zuckerberg even talked about dampening expectations and timelines during Oculus Connect 2, saying “Now this is going to grow slowly.” Which goes exactly in the face of what Credit Suisse projected about Facebook’s Oculus VR growth. Growing from 100,000 units to 5 million units is not realistic or slow by any measure, and Zuckerberg is right. There will certainly be a huge amount of growth, but the truth is that we’ll probably see closer to 1 to 2 million units shipped by Oculus between the Gear VR and Rift, best case scenario. There are others in the space other than Oculus, Samsung Electronics, HTC/Valve, and Sony, but the reality is that Oculus, Sony, and HTC/Valve are leading the VR industry and are all on pace to ship in 1H 2016.

Next year will be huge for VR. Countless games, experiences, and platforms will launch and make 2016 the transformative year for VR. The true VR race begins in 2016, and there’s plenty of reason to be excited. But the industry needs to check its exuberance and make sure that short-term lofty expectations don’t drive the industry backwards. VR has a bright future, of that I have no doubt, but I think it will take longer than we would like to achieve.