In my many weekly conversations with industry insiders we discuss Intel’s chances in mobility markets, specifically smartphones. Few people are betting against Qualcomm and for very good reason in that they are entrenched at handset vendors and their 2012 roadmap, at least on paper, looks solid. What few are discussing is how Intel will pick up market share. My last column on Intel’s smartphone efforts outlined what Intel needs to demonstrate quickly to start gaining share and getting people to believe they can be a player. Now I want to take a look at why I believe Intel can and will pick up relevant market share over the next three years.

This isn’t Intel’s first time in mobility. Intel owned XScale, an ARM-based mobile processor that was in the most popular WinCE devices like the Compaq iPaq, one of the more popular Pocket PCs. XScale products even 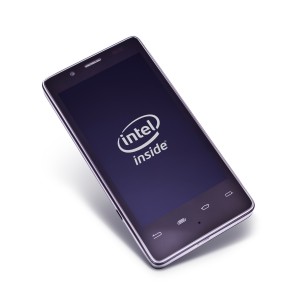 powered Blackberrys for a time as well. Intel sold the entire XScale mobile application processor business to Marvell in 2006 for $600M. This move was driven by Intel’s desire to focus on X86 designs. What followed were some failed mobile attempts with Menlo and Moorestown, two low power, Atom-branded processors that made their way into MIDs (Mobile Internet Devices). It appeared that Intel would make grand announcements with big names like LG for smartphones then nothing would happen afterward. Things are very different with Medfield. Handsets are at China Unicom in testing for Lenovo and Motorola announced their handsets would be at carriers for the summer.

Medfield is a huge step forward in design and integration for Intel. First, it combines the application processor with I/O capabilities on a single chip. This saves handset makers integration time and board space. Secondly, it is paired with the Intel XMM 6260 radio based on the Infineon Wireless Solutions (WLS) acquisition. This increases the Intel revenue BOM (Bill of Material) and also helps with handset integration. Finally, Intel has embraced the Android mobile OS in a huge way with a large developer investment and will provide optimized drivers for Medfield’s subsystems. This move is in contrast to their MeeGo OS efforts that didn’t go anywhere. Intel has even gone to the effort to emulate ARM instructions so that it can run native apps that talk directly to ARM. These apps are typically games that need to be closer to the hardware. This is a very good start for Intel, but as I tell my clients, if there are 10 steps to mobile silicon success, Intel just successfully crossed step 3.

Intel made some very serious headway with Medfield, but it is a very competitive market out there. According to IDC, in Q4 2011, Apple and Samsung combined to garner almost 50% of the smartphone market. As I pointed out in my previous column, Apple already designs their A-Series processors and I don’t see that changing. I expect Samsung with the exception of the very low end to lean into their own Exynos silicon. Nokia at 12% Q4 smartphone share is tied to Windows Phone and Qualcomm at least for the short term. Struggling RIM doesn’t need another variable to worry about with their muddled operating system strategy and is currently tied to Qualcomm. Finally, HTC is rumored to tie up with NVIDIA on its Tegra platform on the high end. Who does this leave for Intel?

For Intel in the short term, with Motorola and Lenovo on-board, this leaves private label for carriers, LG, Sony, ZTE, Huawei, Kyocera, Sanyo and a very long tail of small manufacturers. The long tail will be a challenge for Medfield until Intel waterfalls the products line to be cost-competitive with lower end models. I expect Intel to start waterfalling products down in the end of 2012.

Why Intel Could Succeed

While I outlined the many challenges, Intel could very well succeed in the space longer term. First, the phone marketplace is a rapidly changing market. Not only have there been tremendous share shifts in the last two years, but feature phones are migrating to smartphone market resulting in exploding growth.

Operating systems are clear from shaking out. Microsoft will not go gently into the night with Windows Phone and will invest what it takes to be successful even if it takes another Nokia-like investment to own another platform. I also believe once Microsoft starts gaining share, they will devote resources for X86 on Windows Phone 8 or 9 platforms. They see Intel as successful with Medfield and the WINTEL alliance could be brought back from the dead. Long-term, I do not believe Samsung will be happy licensing someone else’s operating system, particularly with Apple’s integration and experience success. I expect Samsung to do one of three things, possibly two; increase investment in Bada to a point that it can compete with Android in a closed environment, embrace webOS, oe lean heavily into Tizen. Marketplaces in dynamic change are an opportunity for newcomers, even companies worth $140B like Intel.

One other important factor that hasn’t fully played out is “carrier versus handset-maker” dominance. Up until the Apple iPhone, the carriers dictated terms to the handset makers. Every carrier who has adopted the iPhone has taken a gross margin reduction. This doesn’t mean they made a bad decision; they had to carry the iPhone. That carrier margin reduction money is going to Apple and not the carriers. Carriers are strategizing how they can regain that dominance going forward and I believe Intel will part of those plans. Intel has the capability to partner with an extremely low cost manufacturer or ODM an entire solution, white label it to a carrier and provide a competitive Android experience. I expect a few key announcements this month at this year’s Mobile World Congress.

Of course, we cannot forget about Intel’s technology. According to tests run at Anandtech, Intel’s Medfield is competitive in power at 32nm LP so you must assume that it only gets better at Intel’s 22nm 3DTri–Gatetechnology. Intel will roll Atom into 22nm in 2013 and 14nm in 2014. This is all the while in 2012 TSMC is at best case at 28nm and GLOBALFOUNDRIES and Samsung is at 32nm.

I define success as the ability to reach a relevant level of profitable business that supports the desired brand goals. For Intel, this doesn’t need to be 80% like they have in the PC market, but needs to be a profitable 20%.

What this Means for Intel, Qualcomm, Texas Instruments, and NVIDIA

Over a period of three years, Intel will start to take market share from Qualcomm, Texas Instruments and NVIDIA, albeit very small in 2012. As Intel integrates wireless, moves to 14nm, and waterfalls their offerings to lower price point smartphones, this makes much more competitive to handset makers and carriers. I expect Huawei, ZTE, or a major carrier to go big with Intel in 2013 which will make a huge difference. One thing to remember about Intel; unlike others in the marketplace, Intel also captures the manufacturing margin TSMC and GLOBALFOUNDRIES makes and the design margin ARM earns. While Intel has a long way to go in proving themselves, they have the start they never had before at a time to take advantage of the mammoth growth in smartphones. Never count Intel out of any market, no matter how many times they have tried and failed.