I attended Apple’s special event at the Bill Graham Civic Center in San Francisco today and wanted to share with you some of my thoughts and highlights that came out of the event. 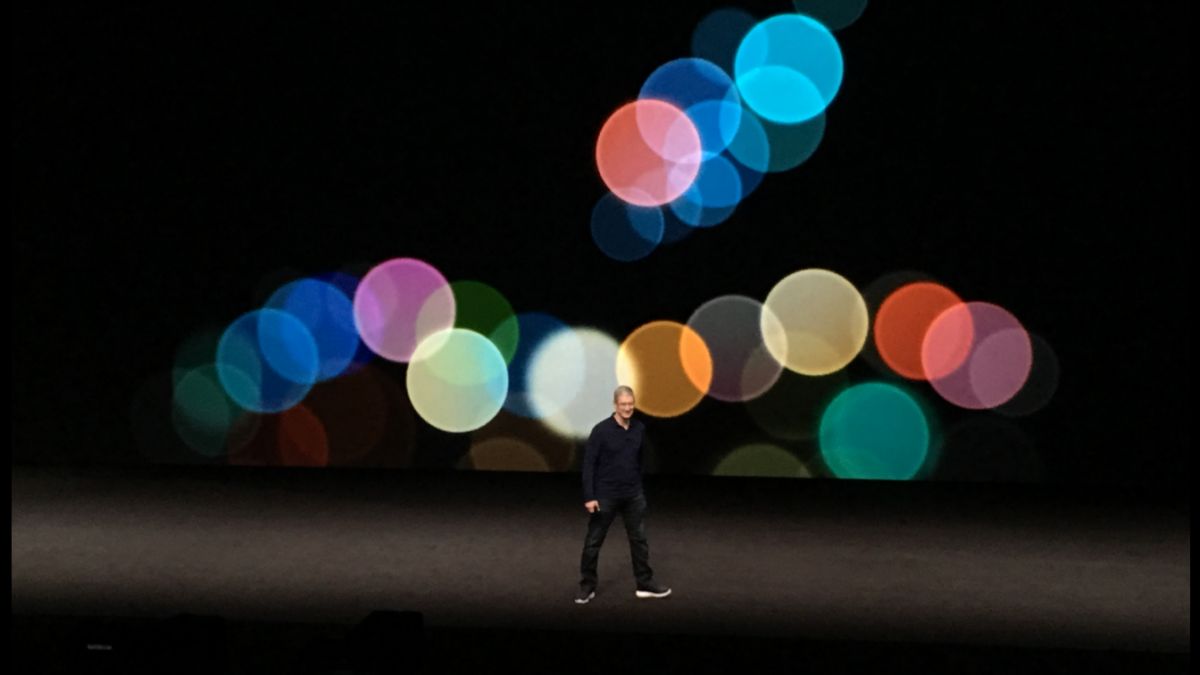 Apple is the #2 market share watch brand by revenue only to Rolex , this is very impressive and will likely silence many of the critics. With Series 1 and 2 plus watchOS 3, Apple did everything they needed to do with Watch to eliminate or reduce many if not most of the current objections and take the experience to a better level.

If Watch performs as quickly on users wrists as it did on stage, and now with an even lower opening price point with Series 1, GPS and 50m waterproof capabilities, I predict Watch sales will improve dramatically. Most of the current Watch owners are “early adopters” and the next wave could be 10x the size of that market. This is what the new Series addresses, that next bigger wave of “early majority”.

iPhone 7 and iPhone 7 Plus

The pundits were wrong. Apple 7 and 7 Plus was a major upgrade, not a minor one, with every major subsystem improved. Apple upgraded the display, Taptic engine, cameras, lenses, sensors, flashes, ISP, CPU and GPU, storage, battery life, the home button, speakers, LTE, headphones, water and dust resistance ratings.

The camera was the biggest upgrade and I like Apple’s decision on the iPhone 7 Plus to make the second lens 2X optical (not digital) telephoto and improve every part of the camera subsystem including ISP (image signal processor), lenses and sensors . I believe the new iPhone 7 Plus camera could be a true game changer as I can argue it now competes with entry DSLRs.

What can’t be forgotten is that battery life improved by two hours with all the new features. This will be a bigger outside of the US. in particular as I believe it has been an objection and a feature for competitors to rally around.

I believe Apple did enough to keep the base happy with upgrades and arguably did enough to attract some Android users. The iPhone 7 is a completely new phone, not a small upgrade.

This is the biggest architectural shift with Apple’s Ax line of processors they’ve had in years. Instead of two cores that spin up and down depending on needs, they have four cores, two for heavy workloads and two for light workloads. Apple says they are getting a 40% bump depending on workload over prior generation (A9) and based on my testing of past processors, Apple’s claims end up being accurate when I test them.

The A10 Fusion Processor isn’t ARM Holding’s big.LITTLE as Apple’s architecture has shared caches and a separate controller to minimize latency during switching. I have no reason to believe that the A10 won’t be the highest smartphone SoC out there. I’m confident on the CPU side, but we’ll have to see on the GPU side of the house. When I get it, I will test it, and let you know.

Apple has a history of removing features, a minority screaming, and then everyone applauding them for it. I think that will be the case here, too. Apple has provided a free, in-box bridge to the “past” with an mini-DIN to lightning dongle, the “present” in the form of in-box Lightning EarBuds and a nod to the future with AirBuds. I predict few defectors if any due to the replacement and we’ll all be laughing about this in a year…. and enjoying AirPods.

Bluetooth headphones and headsets provide a sub-par experience and consumers know it. Apple is the company who attacks big experience issues and from what I experienced with AirPods, they did it. They fixed Bluetooth headsets. AirPods connect consistently, are truly wireless, stay in your ear and are easy to charge and harder to lose that other Bluetooth headsets. They also automatically sync over iCloud to the Mac, iPad and Watch. I think Apple has a real winner here. $159 may seems steep, but you will pay that and more for a pair of decent Bluetooth earbuds.

In summary, I believe that Apple across iPhone and Watch did more than it needed to keep their diehard fans interested and even more. I believe the sleeper hit will be the Watch as it hits a new demographic they haven’t really hit yet.