A device’s user interface improvement sometimes gets taken for granted, that is, until it completely changes the game, as was the case with the Apple iPhone. PCs are no different as we are moving into a more touch-dominant world. Large, multi-touch touchpads and displays are changing the way we use our PCs. The touchpad and fingerprint authentication businesses have been two big businesses for Synaptics, but have until now remained fairly separate. Synaptics has already introduced many innovations to the TouchPad space (after creating it) with their touchpads, ClickPads and ForcePads. They have also extensively introduced a breadth of fingerprint sensors over their history and after the acquisition of Validity, they’ve been able to really push fingerprint authentication into mobile. Synaptics’ own fingerprint authentication technology, Natural ID, is a natural competitor to Apple’s Touch ID originally introduced in the iPhone 5S.

Apple’s Touch ID has driven the rest of the industry to really take notice and to start to coalesce around fingerprint authentication as a form of fast and secure authentication for multiple purposes. Touch ID is fast, secure and easy to use with its 360 degree touch capability. All of this interest helped motivate the creation of the FIDO (Fast Identity Online) Alliance which was launched in July of 2012 and is an effort on the part of OEMs and financial institutions to create interoperability between different platforms. One of the board level members of the FIDO Alliance also happens to be Synaptics along with Alibaba, ARM, Blackberry, Qualcomm, Microsoft, Bank of America, PayPal, Discover, Google, MasterCard, Lenovo, Visa, Samsung, RSA and many more.

The Synergy of Two Technologies

Synaptics’ new SecurePad technology takes Synaptics’ industry leading touchpad solutions and integrates their Natural ID fingerprint authentication technology to seamlessly bring security into the notebook space. This allows for the SecurePad to be available in Synaptics Touchpad, ClickPad or ForcePad design touchpads meaning that any and all OEM needs can be addressed.

This means that SecurePad brings a multitude of benefits to the notebook form factor from added security brought to the platform to the ease of authentication, power savings and overall BOM savings in build costs to the OEM. 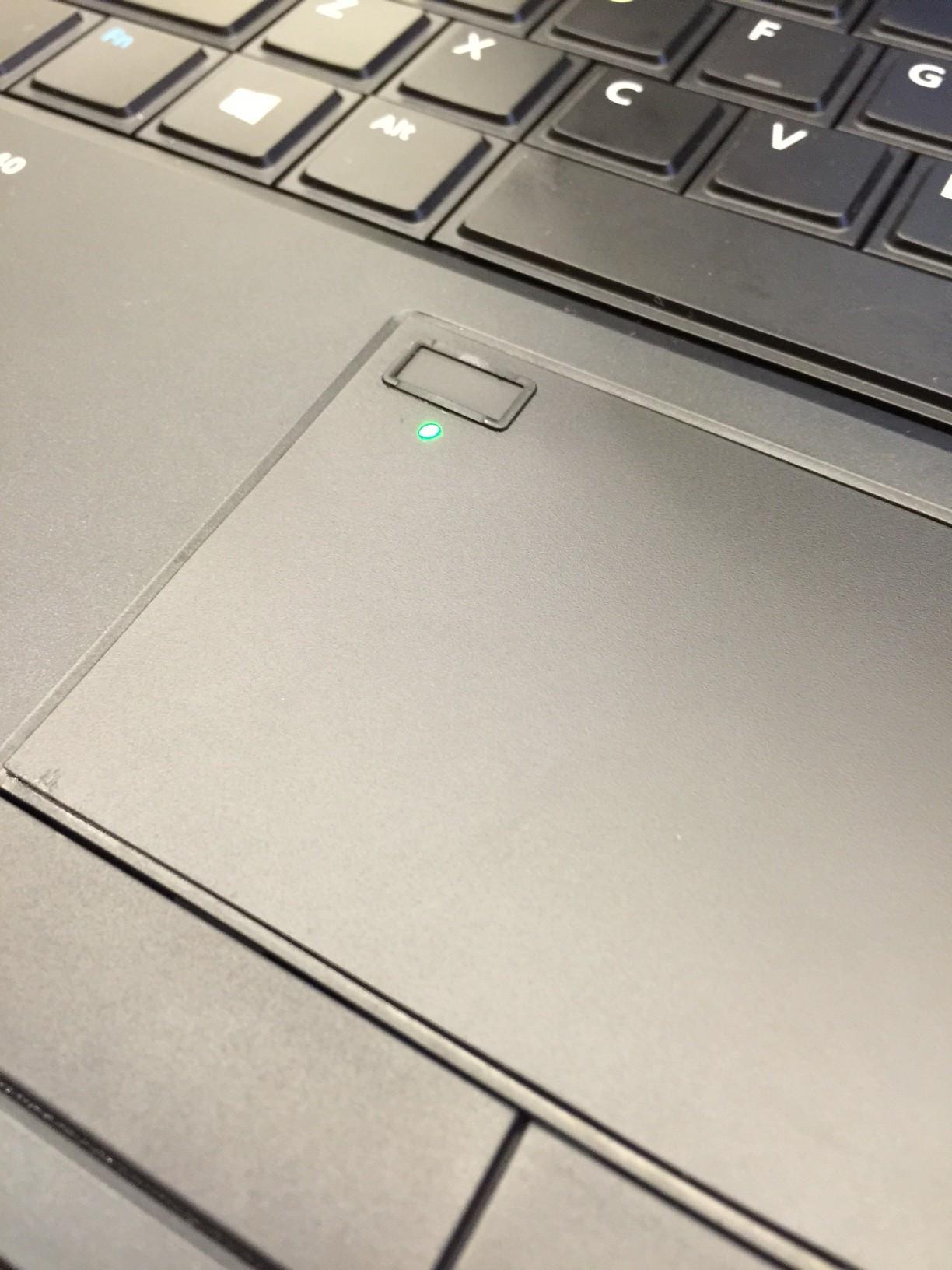 The SecurePad seamlessly integrates the use of a fingerprint reader into the touchpad without any major changes to the design of the touchpad or the notebook around it. Synaptics explained to me that they did extensive research and testing and concluded that the best placement of the fingerprint authentication Natural ID sensor would be in the upper left-hand corner of the touchpad since that is one of the least used parts of the TouchPad by most of their users.

The area of the SecurePad taken up by the fingerprint sensor is only 4mm by 10mm, which is generally a very small part of the overall touchpad’s size. The SecurePad also allows for authentication from virtually any angle in 360 degrees, meaning that you do not have to be properly aligned with the sensor to get the ‘perfect’ swipe. This makes the overall usability of the fingerprint authentication far better and more user friendly, which should encourage more OEMs to adopt it for a whole host of uses.

Also, OEMs will no longer have to spend money on separate fingerprint sensor modules and fitting them into their current designs. Having two sensors in a single part of the notebook means less complicated tooling and fewer cables, capacitors and connectors as well.

The FIDO Alliance and Synaptics’ membership illustrates that fingerprint sensors are finally becoming a recognized and relevant hardware component of the software and eCommerce ecosystems. This means that now users can abandon the password authentication regimes that they have at home and at work and adopt far more simple and user-friendly fingerprint authentication. Now users’ financial files, personal documents and even photos can now easily be secured by their software without needing to remember a password for each.

This also means that electronic signatures like DocuSign can become even easier to use and could gain even more broad adoption than they already have. But electronic authentication via fingerprint sensors isn’t simply limited to signing documents and passwords for websites and applications. There is also the ability, with FIDO, to securely access financial data like banks, eCommerce and payment services like PayPal and Alipay.

Because Synaptics’ SecurePad is FIDO Alliance compliant, it also is capable of enabling one touch eShopping, which translates to the idea that one click shopping is no longer just an Amazon feature. Now people can enable one click or one tap/touch purchases from their notebooks simply through a fingerprint sensor. No retailer or credit card company is going to want to turn down faster, easier and more secure transactions, especially not companies like MasterCard, Visa or Discover all of whom are already major members of the FIDO Alliance.

Improved Ease of Use and Performance

Because of the secure authentication and seamless integration of the SecurePad, the overall experience for users is improved mostly in terms of how quickly they can use their devices and how much time they save logging into services, websites and even into the device itself. This is accomplished because Synaptics’ solution is designed to offload the acquisition and authentication from traditional slower and more power consuming methods. By doing this, they both save significantly more power when the device is in a sleep state.

Synaptics also offers OEMs to include optional LEDs in order to give users visual feedback of their fingerprint sensor’s activity. After all, most users like to get some sort of visual verification of most types of authentication, be it by PIN, password or fingerprint scan. And as stated earlier, the fingerprint sensor portion of the SecurePad can be placed virtually anywhere depending on where the OEM wants to place it which may vary by manufacturer, model or region.

SecurePad Gives Back the Most Valuable Asset, Time

Thanks to all of these improvements in terms of ease of use, it should make fingerprint sensors a more attractive differentiating feature for OEMs which will ultimately sell one of the best features of a fingerprint sensor. The amount of time savings it will bring, no longer needing to type, and then retype passwords or passphrases.

The added security is a welcome feature in today’s virus and phishing prevalent world, but anyone that has used Apple’s Touch ID on an iPhone knows that the time savings of good fingerprint sensor authentication compounds significantly over time. After all, most people enter passwords at least a dozen times per day and that’s a lot of time saved per day alone, not to mention the added security.

With the number of solutions that Synaptics is bringing to market with SecurePad it is merely a matter of time until fingerprint authentication is the standard in most notebooks. Obviously, ISVs and services will need to catch up with the capabilities of the hardware, so it’s likely that the first adopters will be enterprise-heavy OEMs like Lenovo and Dell and possibly Hewlett-Packard. The enterprise client space is desperately starving for an easy to use and properly integrated fingerprint solution and this is very likely going to be it.  Finally, OEMs also have an opportunity here to broaden their role in the eCommerce ecosystem by working with companies like PayPal, MasterCard and VISA to integrate their services into their devices and get their own slice of the eCommerce that SecurePad and easy to use fingerprint sensors afford.