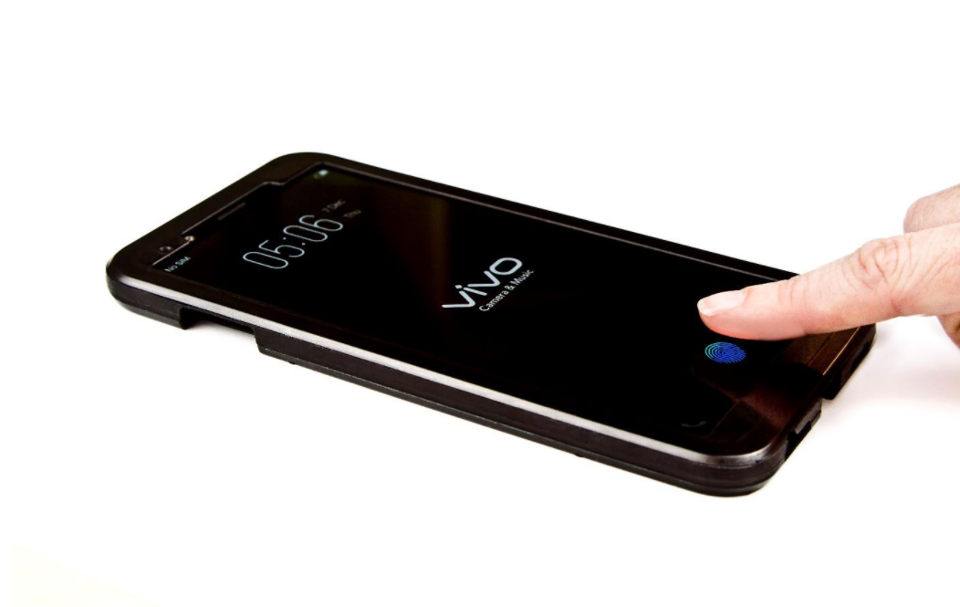 If I had to put my finger on one specific set of technologies that accelerated the surge of mobile growth, it would be advancements in smartphone UI. Capacitive touch gave smartphones their smooth, finger-based feel, fingerprint sensors made the phone more secure (and also removed friction to buy goods), 3D face and iris scanners are giving us even more input choices, and now we are seeing voice-based UI smart agents popularized in smartphones.

Tuesday, Synaptics made an announcement with Vivo that I believe improves further on the smartphone UI experience. Synaptics announced it has figured out how to manufacture, in high volume, an integrated fingerprint sensor in the smartphone display that operates in a fast, secure, manner. This is something that many sensor and smartphone companies have had a very hard time figuring out, so this is big news. It is big for Synaptics, but even bigger for the smartphone industry and consumers.

The new Synaptics Clear ID FS9500 family of fingerprint sensors look impressive. They are designed for smartphones with the very popular “infinity” OLED displays found in most premium phones like the Samsung Galaxy 8 or Apple iPhone X, and activate in the display only when needed, saving battery. Just pick your phone up, touch the display where you see the illuminated fingerprint, and it will automatically unlock the phone. Then the fingerprint icon then disappears and can be customized based  OEM customization.

One of the obvious user benefits of the sensor is that users do not have to reach around to the back of the smartphone to open it up, either getting a misread or touching the camera lens. The rear sensor was one of my only complaints in my Forbes reviews on the Samsung Galaxy Note8 and Galaxy S8+. Also, it eliminates the need for a top of display “notch” used for Face ID on the Apple iPhone X.

The new sensor operates by one-touch, high-res optical scanning, through full glass, and, interestingly, through the display itself.  It should be able to perform under virtually any condition that could befall a finger—be it cold, wet, dry… you get the picture. Optical scanning is different from other technologies like ultrasonic ones announced last year. This sensor is actually a CMOS image sensor, less than 0.7 mm thick, similar to what a camera uses. The OLED display illuminates the fingerprint, the sensor scans it and sends it back to the phone’s processor (or host or application processor, depending on your preferred term) to be matched. The sensor is also sturdy—both scratchproof and waterproof since it is protected by glass. Unlike 3D facial recognition, like Apple’s Face ID, Synaptics says Clear ID is twice as fast, doesn’t require user to be in line of sight and works well in bright light. I hear that Clear ID is two- to three times less expensive than Face ID, too, so cost is a consideration. 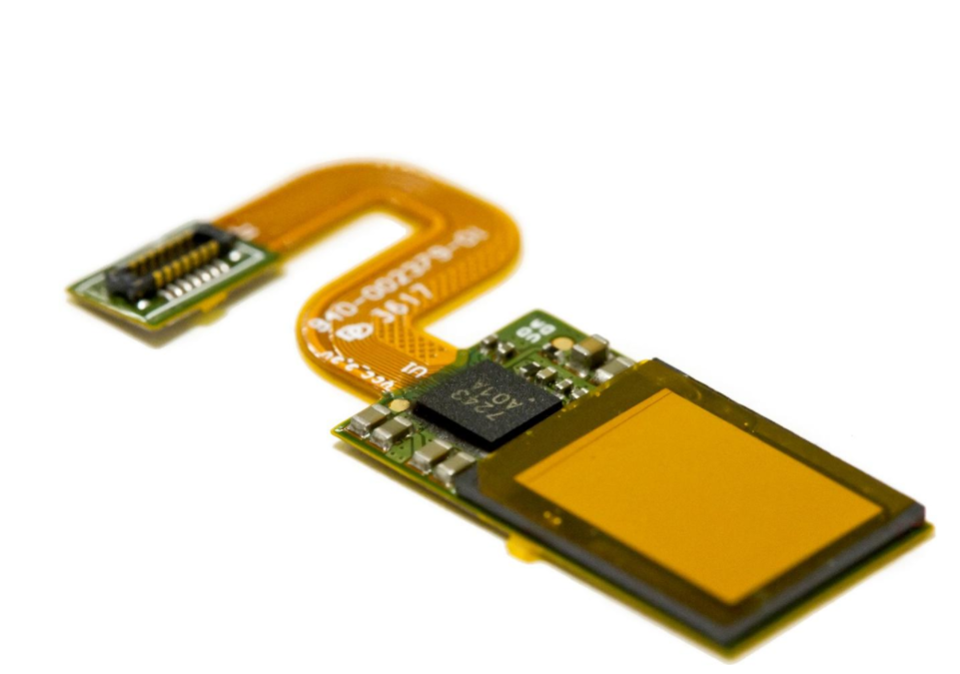 The Clear ID sensor is a CMOS image sensor and is 1.5mm thick

Synaptics made a good point in their Clear ID announcement—that security is not sacrificed in the name of speed. Unfortunately, some sensors do sacrifice speed over security. I outlined a few major fingerprint sensor hacks here. The sensors are equipped with SentryPoint technology, which Synaptics says will give smartphone OEMs a vast range of highly secure authentication features. Security depends on the phone maker’s implementation but Synaptics offers Adaptive Quantum Matcher (adaptive fingerprint template matching) and authentication, PurePrint anti-spoof technology, and SecureLink—a combination of TLS protocol support, ECC authentication, and AES encryption. Unlike some other sensors, Clear ID supports encryption on the sensor to encrypt data going to a host processor. This sensor looks like it will be very difficult to fool.

Available first on Vivo smartphones
On Tuesday night, I got the chance to use a pre-production unit from Vivo and test Clear ID in-action. In case you are unfamiliar with Vivo, the company is one of the top five smartphone vendors on the planet according to the IDC Q1 2017 Tracker. The company slipped one notch in Q2, but based on their India performance, is expected to re-take that spot.

The Clear ID experience was fast and simple- I pressed the right side button to wake, a fingerprint image illuminated at the bottom of the phone, I touched it, and it let me in. I am expecting  Vivo to modify the experience, so I just have to “hold to wake” so I do not even have to use the button.

As I said previously, manufacturability of in-display fingerprint sensors has been an industry issue. This is why you have not seen them in stores in the past.  Some sensor types have had an issue in bonding the sensor to the display without affecting the sensor performance. Some implementations may require a special display design. Clear ID uses standard optical bonding processes. Synaptics says it is expecting the total 2018 market for in-display sensors to be 70M units  That shows the huge potential for this technology right out of the blocks.

Synaptics also announced Tuesday two new additions to its OLED display driver IC (DDIC) portfolio—the ClearView R66455 and R66451. The two new offerings offer a variety of new features, such as processing for rounded corners and notch cut-outs, smooth dimming technology, and support for extra-long displays. From a performance standpoint, Synaptics’ OLED capabilities are being enhanced with flexible gamma control, HDR support, and the company’s patented sub-pixel rendering technology. While these announcements take the backseat, in my mind, to the new Clear ID fingerprint sensors, they look to be strong additions to Synaptics’ DDIC portfolio.

After using Clear ID on the pre-production Vivo smartphone and learning more about the technology, I am very excited for the arrival of Clear ID on even more smartphones around the globe. I’m also interested in seeing given Clear ID, how the industry balances standard fingerprint sensor versus in-display versus 3D face sensing.  Synaptics has removed major design and implementation barriers, and it would be great to see this on the next premium Samsung, Apple, Motorola and LG smartphones. The Vivo announcement gave credibility to the announcement, and Synaptics’ 70M unit market projection shows the potential.

If you are like me and asking, “how did Synaptics do what the largest technology companies were not able to do,” I have thoughtfully considered this. Synaptics does one single thing as a company, and that is human interface products and technologies, and Clear ID is arguably its fifth generation of fingerprint readers. Human interface experiences are what the company specializes in, and it does this extremely well.