Computex historically had been a show that focused on the PC market and over the years has added smartphones, tablets and datacenter infrastructure. There was still a lot of PC content and that included offerings for the gaming enthusiast. So was no surprise that Computex 2015 is the show where Synaptics showed off their progress in the gaming market with their new capacitive touch gaming keyboard and gaming mice with fingerprint sensors. I discussed this back in March during GDC when Synaptics announced that they would be going in this direction, and it seems that they’ve gained some momentum.

Back at CES 2015 in January, Synaptics showed off a concept with Thermaltake that made use of their capacitive touch sensors in a gaming keyboard. That concept has progressed quite a bit since then and is officially being launched as the SmartBar and being used in the Thermaltake Poseidon Z Touch gaming keyboard. The concept has come quite a way since it was originally shown to us at CES and gone are the “rigid zones” and many more features have been added to the software to make the SmartBar technology more useful. The SmartBar is much more flexible in terms of customization and gesture recognition and has more capability when it comes to macros as well. 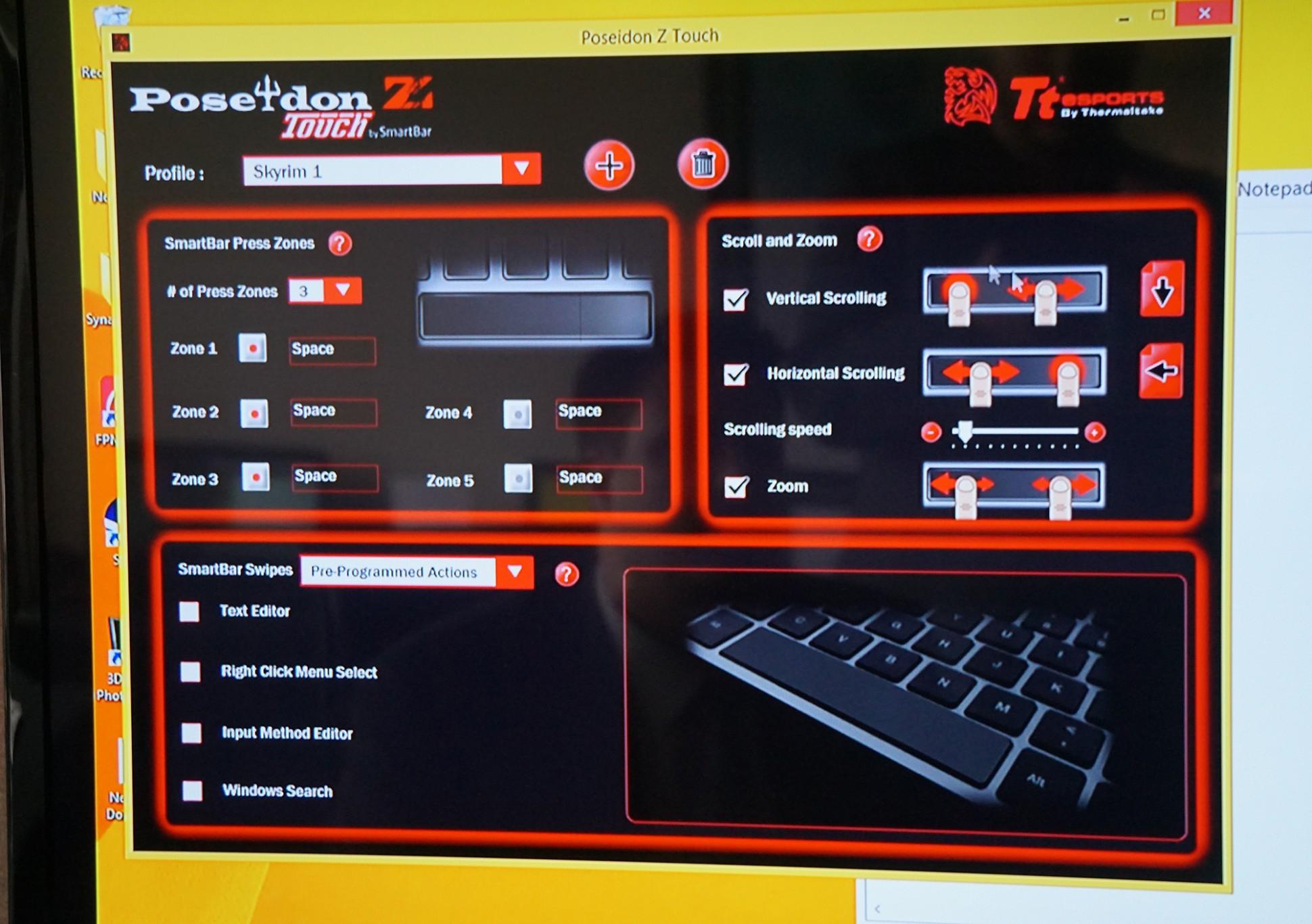 One OEM, ThermalTake, has adopted the SmartBar technology and I suspect that there will be others that may look at this technology as an attractive way to differentiate their gaming keyboards from the competition. After all, nowadays everyone has RGB and mechanical keyboards and differentiation between gaming keyboards is now pretty difficult to do. With a SmartBar, some keyboard manufacturers could forego having macro keys and use the SmartBar instead. This enables a more compact gaming keyboard without any loss of functionality as macro keys usually add quite a bit of size to a keyboard.

Ever since Synaptics showed their concept mice with fingerprint sensors at GDC the company has been talking to mouse manufacturers about implementing this technology. As I had previously mentioned, there are a lot of uses for a fingerprint sensor in a mouse, especially in gaming and with the added security features of Windows 10. And once again, it gives mouse manufacturers an opportunity to differentiate their product and add a premium feature that their competitors simply don’t have. And because Synaptics’ fingerprint sensor technology has gotten so good, there is no longer any need to swipe your finger in order to get a finger print ID. A simple press or movement of the finger onto the sensor is now enough, which vastly improves the experience and enables such applications. 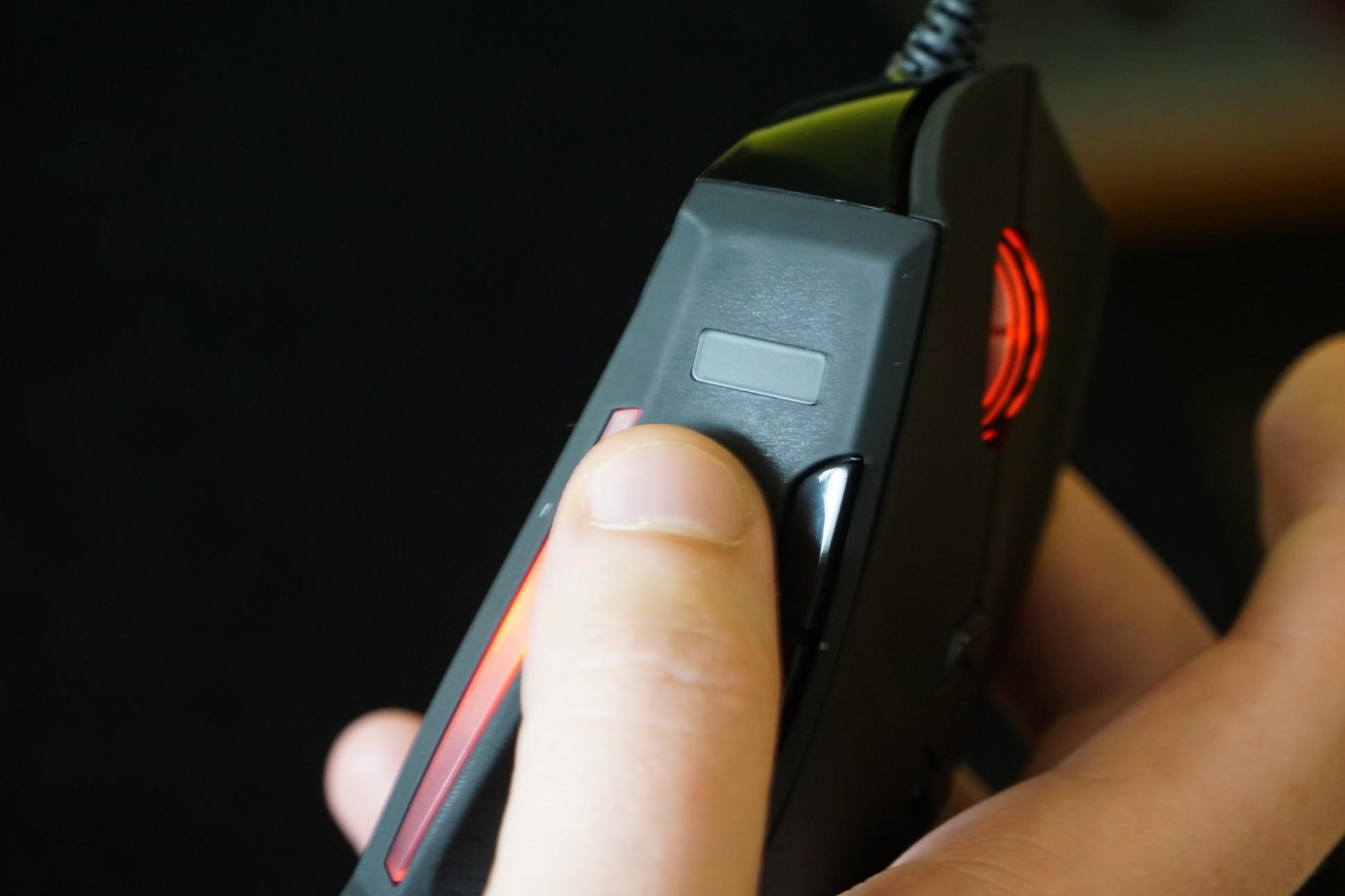 Synaptics has brought multiple ODMs and OEMs onboard with their Natural ID fingerprint sensor technology. These include LiteON and SolidYear as well as gaming brands EVGA and Thermaltake, I would expect that more names will be added to that list by the time the holiday shopping season rolls by. This is especially true if you consider that there’s a continuing push towards free to play games which constantly require authentication to approve in-game purchases. If anything, these free to play game developers and almost any micro transaction-enabled game should promote these mice without end. The introduction of Microsoft Windows 10 could assist as well given that biometrics is built into the operating system, not a “bolt-on” or afterthought. 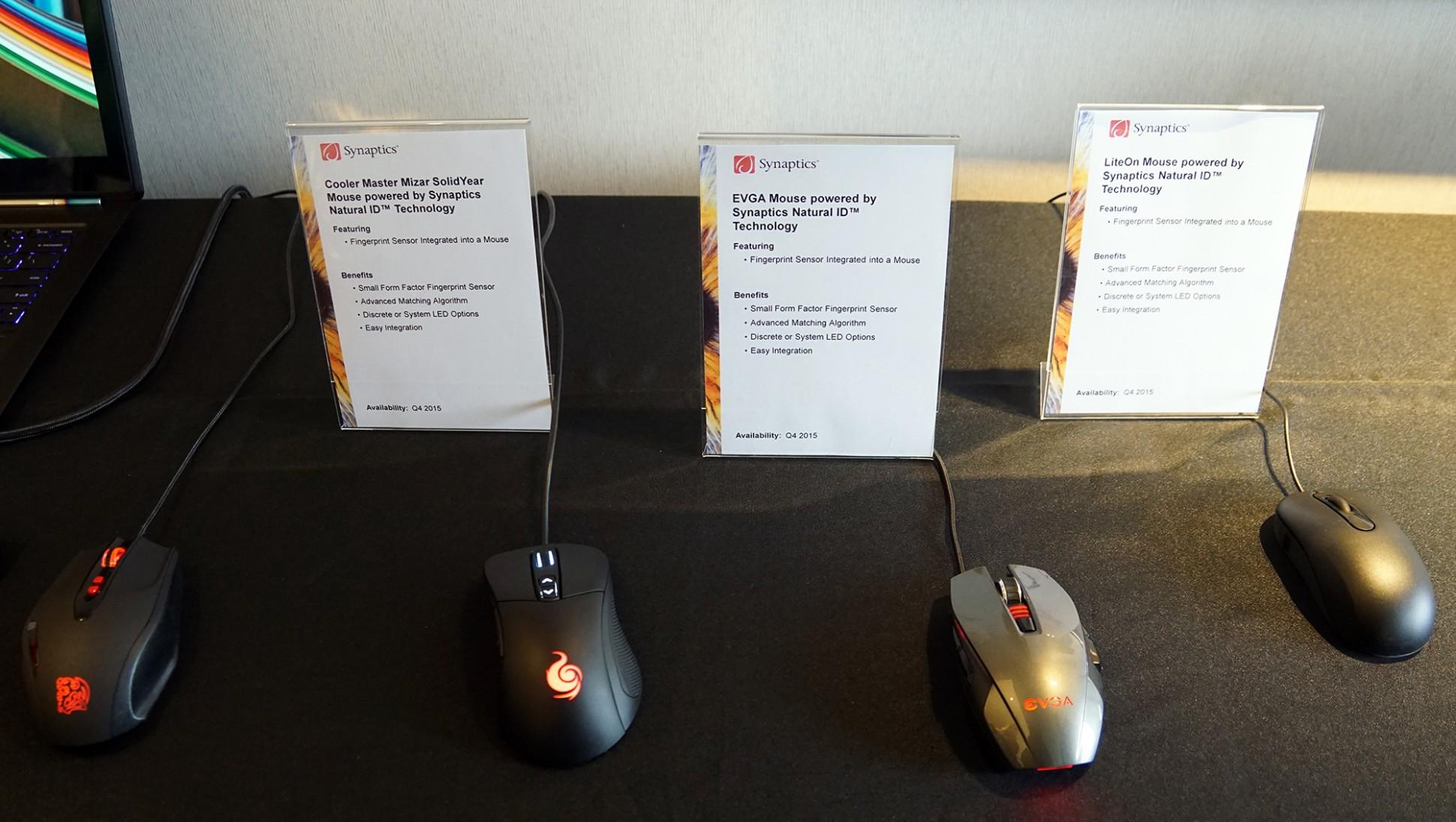 Synaptics is starting to show some real progress in their expansion into gaming technologies. The company has traditionally always been a PC-focused company and then moved into mobility, but they never really were involved in gaming until now. When such new concepts are introduced into the market, they take some time to gain traction and I suspect that will be the case for Synaptics fingerprint sensor technology in gaming mice as well as their SmartBar technology for gaming keyboards. While the SmartBar technology appears to be more of a niche application, having a fingerprint sensor on a mouse almost seems like a no-brainer in the world of eSports, online betting, free to play games and online shopping. I would expect to see more and more mice with fingerprint sensors in the coming months and years.