Samsung Electronics has had a tough going lately. They’ve been losing smartphone market share to Apple at the high end and to local heroes at the lower end. It’s not all doom and gloom though, as their chip business, which had been losing lots of money, has been doing well recently. A lot of that had to do with memory and manufacturing Apple’s A8 SoCs in my backyard, Austin, TX. I believe more challenges are ahead, though, as Samsung has created a new set of cost issues with the Galaxy S6 and S6 edge, which could impact their smartphone competitiveness in the future. A little background first…

There has been a lot written lately about Samsung’s use of their own Exynos applications processor (AP) and modem in their latest crop of smartphones, the Samsung Galaxy S6 and the S6 edge. The news factor here was big, particularly because Samsung Electronics previously used Qualcomm for APs and modems in their hero phones. While Samsung routinely moves suppliers in and out of products, and in fact, had already used their own APs in other phones, that this was happening in North America at AT&T was viewed as a big deal. Qualcomm’s CEO directed attention to it as well, when he publicly announced they had lost a very large customer. I think many thought there would be a big cost savings moving away from Qualcomm for the AP and modem.

Last week, Arik Hesseldahl at Recode penned an article on an IHS teardown study on the Samsung Galaxy S6 edge. It said that Samsung added $34 of cost to the Galaxy S5. IHS was quoted saying that, “The bottom line is that this phone costs less than an iPhone to buy, but it costs Samsung more to build.” That was a surprise to just about everyone. The S6 edge is a big improvement, but to cost more than the iPhone 6 is astounding. Within this IHS revelation is that not only is the phone more expensive to make, but so are the home-grown Exynos SoC and modem. One would have thought that would have been a savings, right?

When you separate out the AP and the modem, Samsung still has a $4 disadvantage to Apple, even with its non-custom, off the shelf ARM CPU and GPU and custom modem. Apple uses a custom CPU, semi-custom GPU and a discrete Qualcomm modem. So why did Samsung do their own AP and modem if they’re not cheaper? It’s simple, actually, and it’s all about filling a leading-edge, $7B fab in Austin, TX.

It all starts with Apple, as many things do. Samsung manufactured many of Apple’s SoCs that went into iPhones and iPads. In the A8 generation, Apple moved SoC production to TSMC, rendering the Austin fab redundant. Samsung had to fill it with something, so they decided to fill it with 14nm Exynos APs. What made that decision even easier was that Qualcomm’s 810 moved away from their custom Krait core, meaning that Qualcomm no longer had the CPU core performance advantage it once had. The modem decision was a similar one, too, as Samsung needed to chew up capacity. I think Samsung also thought they would get some huge power savings or performance boost on their phones, too, using 14nm, but that isn’t evident in reviews. 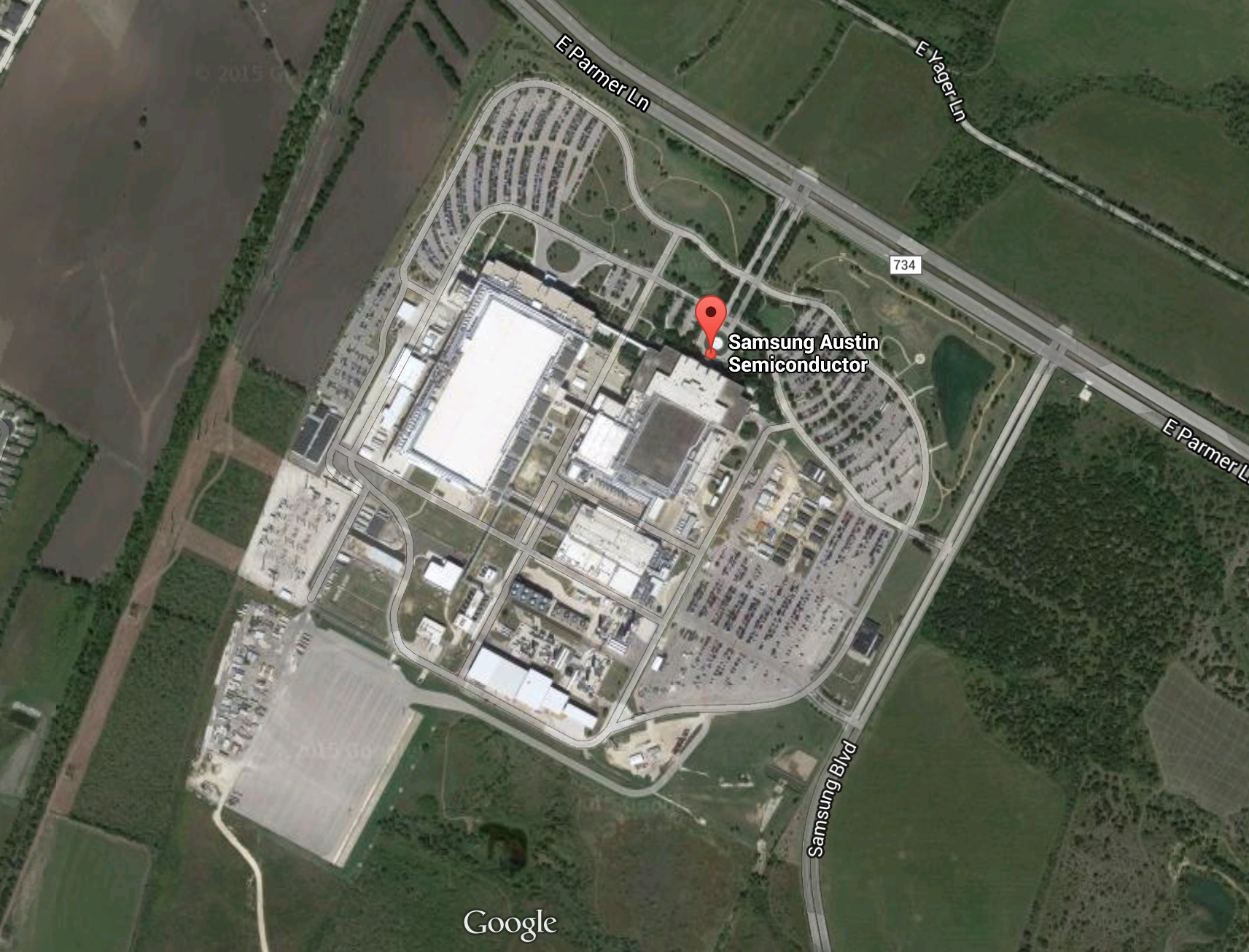 “I believe that Samsung’s decision to do their own AP and modem could be tactical and momentary.”

Let me share my thesis. I’ll focus on cost for this, but there are feature and performance reasons, too, as I’ll address in another column.

As Samsung has a leading edge 14nm fab in full production, I see Apple moving back to Samsung to manufacture their SoCs for their A9 generation. This will eat up most of the capacity in their Austin fab. While GlobalFoundries was setup on the same Samsung process, I hear the New York fab is not where it needs to be to guarantee burst capacity. Joel Hruska at ExtremeTech has a nice article providing some details around this. If the Austin facility were full, then Samsung would have less of a motivation to use their own Exynos to fill it.

The other thing to look at is scale. Even if Samsung built every phone with Exynos and their own modem (which they don’t today), they would still be at an estimated 4:1-3:1 volume disadvantage to a vendor like Qualcomm. This drives a huge cost delta out of the gate, particularly when they have to apply development and test resources across the lower volumes. Qualcomm estimated at their financial analyst day that it takes one million test cases per modem family to get approval and compatibility. That can’t be cheap. And can Samsung afford to really invest to get leading edge modem features like carrier aggregation, LTE broadcast, and LTE over unlicensed spectrum in multiple countries? Qualcomm and Intel have shown this capability at shows like Mobile World Congress, but not Samsung.

Cost could be a future issue, too. While Samsung has a $4 disadvantage today to Apple, it could be even worse compared to other tier 1 Android and local hero competitors like LG and Xiaomi who would probably use Qualcomm’s future 820 SoC, saving an additional $7.50 per SoC due to integration of the modem and other peripherals on the SoC. You see, it’s cheaper when you are integrating everything onto one piece of silicon and I estimate that $7.50 difference is comprised of not having to have discrete memory using an integrated modem, voice activation and noise cancellation, connectivity and other low power integrations.

14nm won’t be leading edge in the near future as TSMC should be shipping production mobile SoCs very soon. This eliminates most of Samsung’s process advantage. As is the reality with race between TSMC, GlobalFoundries and Samsung, very rarely do any of these fabs keep a lead for long. I must note that Intel has always been ahead of all of them. Remember when TSMC was the 28nm darling? Remember when a GlobalFoundries site won “fab of the year”? Fab advantages shift back and forth and I don’t see Samsung leading the next wave in step with the next node or process.

In summary, while Samsung has used their own AP and modem in many countries with the latest crop of Galaxy S6 and S6 edge smartphones, I think this is a tactical, momentary decision. On a cost basis, I don’t believe Samsung will be able compete well doing their own AP and modem as they lack the scale to drive the right costs or cost basis for R&D. Filling the Austin fabs with Apple products will make the decision to go back to a merchant silicon provider even easier. As I alluded earlier, cost is just one of the issues, features are another, but I’ll leave that for another column.