In the smartphone world, a few features generally are used to differentiate a phone’s specifications. Those are generally screen size, processor speed and CPU core count, camera resolution and possibly battery size. However, one equally relevant component in the smartphone equation is commonly neglected in the spec comparison charts, and that’s the network access speed based upon the modem. Some OEMs in certain regions discretely show which LTE speeds their phones support, some disclose three clicks deep which standards the phones supports and not speeds, but the truth is that it is not generally part of the standard discussion.

“I think that is a big issue as one of the most important features are not being well communicated.

Just recently, one critical aspect of the modem’s speed has become whether or not it is capable of carrier aggregation or CA for short. The ability to bond multiple carriers (or bands of spectrum) together through carrier aggregation enables a phone’s modem to best make use of their carrier’s network and get the best possible speeds and user experience. CA also helps solve one of the biggest upcoming problems in wireless, which is the ever expanding need to serve higher and higher bandwidth video traffic due to higher and higher resolution displays and cameras.

When LTE networks were originally built around 2010 with single carrier designs, people barely used any mobile video and even if they did, it was generally at a lower resolution. Nowadays, carriers are struggling to keep up with the demands of mobile video with the explosion of video applications like Snapchat, Periscope, and messaging and photo applications like Facebook, WeChat, WhatsApp and many more. These applications, combined with the increased resolutions of displays and cameras, has only increased the amount of data that carriers need to be able to deliver to users’ devices and transmit across the network. And the truth is that it isn’t going to stop any time soon with the latest flagship phones like the LG G4 having a display resolution of 2,460 x 1,440 and 4K video capture capabilities. 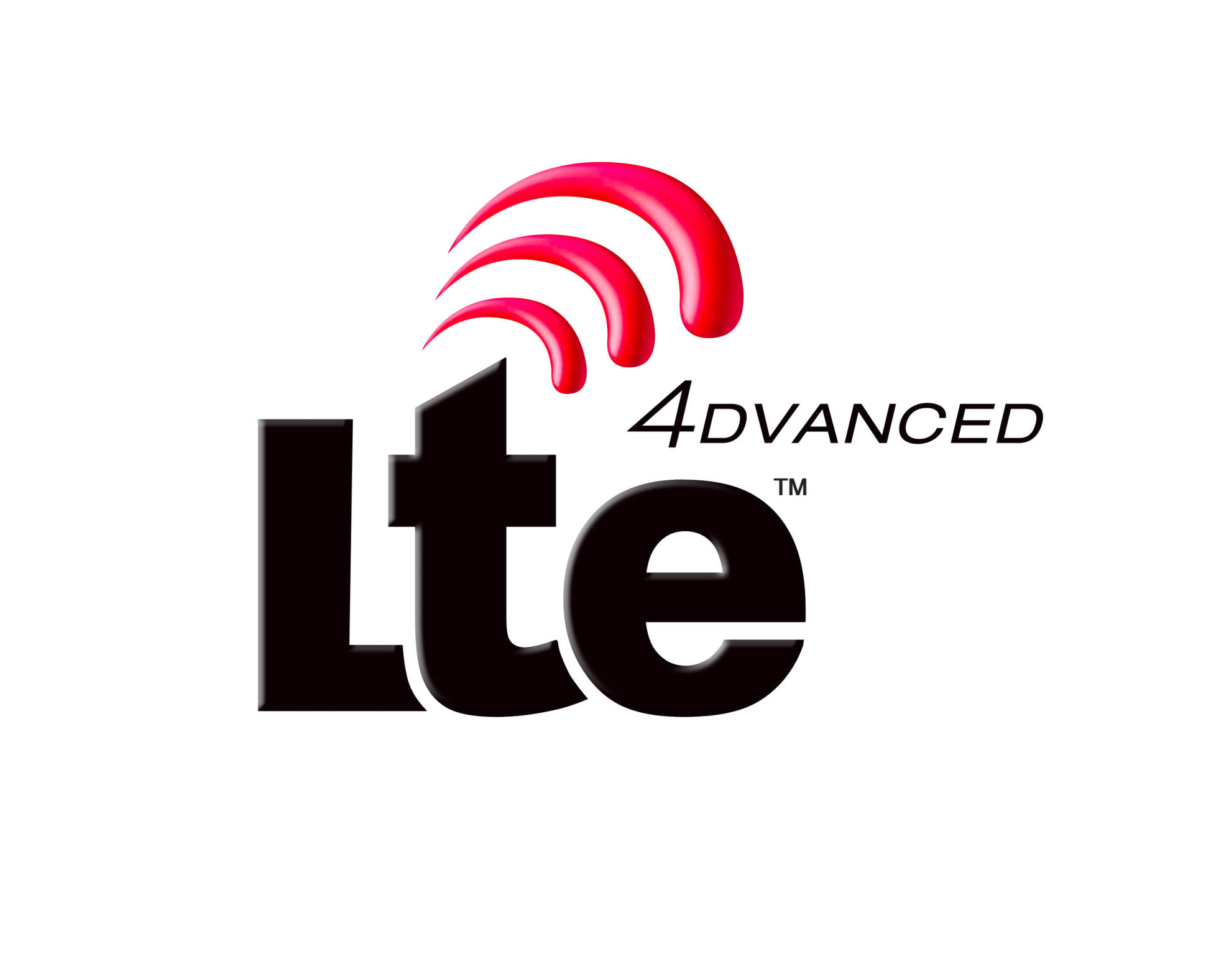 The expectation is that more and more 4K content will be uploaded from smartphones and shared online or with other smartphone users simply because the file sizes are enormous and users likely will not be able to infinitely store their content on their devices. This phenomenon, combined with the growth of social media means that people always want to share their experiences, and in this case those experiences are slowly becoming high definition and high bandwidth. As a result, video content will drastically increase the need for faster networks and added capacity. Additionally, as 4K content creation from studios increases in frequency, it will start to stream to consumers via services like Netflix, if the carriers data caps allow it. As of right now, however, 4K content is very rare and generally locked down to certain hardware platforms (Sony TV, Samsung TV, etc). Even so, the burden of increasing 1080P and 1440P content on networks continues to increase and the need for fast and consistent bandwidth is never ending.

While the theoretical maximums of 450 Mbps, 300 Mbps and 150 Mbps do sound great for LTE-A and CA deployments even considering the 4K video stress, remember, the bandwidth is total for a specific cell and is shared across many different users.  Additionally, there is a general acknowledgement that many carriers in larger countries generally will not be able to deliver such speeds on a national scale to all customers. However, even if users do get a fraction of those speeds, there are still added benefits to Carrier Aggregation, especially in non-optimal conditions. Regardless of network conditions or backhaul capability, when CA is introduced it improves the overall network capacity by between 60 and 100% depending on the amount of carriers used in the aggregation. This means that not only does CA bring speed improvements, it also means the network can handle more load at the same time as delivering those faster speeds.

In moderate to weak signal cases where CA is compared to single carrier LTE, with only 10 MHz blocks of spectrum users are able to see more than 100% increases going from single carrier to 2x CA and 3x CA. A cell edge user could see speeds more than triple due to trunking efficiency when going from a single carrier up to 3x CA, while a median signal user could expect to see similar improvements as well. This means that users minimum threshold for performance increases significantly, making the user experience vastly better.

Networks are already starting to support CA and LTE-Advanced

The next step towards the evolution of wireless technology is the implementation of LTE-Advanced, also known as LTE-A. This evolution of the 3GPP LTE standard is simply the next step towards 5G and will likely serve consumers alongside technologies like WiFi Link aggregation and possibly LAA LTE until 5G rolls out in the next 5 years or so. In order to support LTE-Advanced devices the networks will need to support CA and as a result will be able to deliver speeds up to 450 Mbps compared to a single carrier, which can only support a theoretical maximum of 150 Mbps. Also, keep in mind that right now, Carrier Aggregation is up to 3 carriers and 450 Mbps, but there is potential for even higher speeds as CA is designed for up to 5 carriers. Although, being able to own five different blocks of 20 MHz spectrum would likely be an impossible task in most places, which is why there are technologies like LAA LTE.

Currently, the fastest modems are Qualcomm’s X12 series Category 10 LTE modems which actually utilizes three different carriers, or bands of spectrum, in 20 MHz blocks of spectrum to achieve 450  Mbps speeds. Additionally, since the X12 is a Cat 10 modem, it can support CA in the uplink as well, doubling the uplink speed to 100 Mbps from the standard 50. Carrier Aggregation is also one of the many reasons why many carriers around the world are acquiring as much spectrum as they can.

There are currently already 64 carriers around the world that already have launched with LTE-A and CA and there are dozens more testing or on the way to launching as we speak. Many of these carriers will look to device makers to implement the appropriate chipsets in their devices to enable the best possible performance and experience on their networks. After all, carriers want devices to work best on their networks so that they can claim the best speeds and experience for their customers. Carriers like China Telecom and Sprint areusing a combination of TDD and FDD LTE in their networks and look to carrier aggregation to help them bridge the gap between the two technologies and improve the quality of the experience enabling speeds of up to 260 Mbps (150 Mbps 20 MHz block FDD @ 1.8 GHz + 110 Mbps 20 MHz block TDD @ 2.6 GHz).

Companies like Qualcomm and Intel are leading the CA charge for LTE-A chipsets and are enabling some face melting speeds that only seem like they are beyond our comprehension for mobile. Currently, Qualcomm has carrier aggregation in five of their modems, which nearly represents all of the modems that they are shipping. Those include the X5, X7, X8, X10 an X12 modems with the X8 and X10 being integrated modems inside of their chipsets and X7 and X12 being discrete modems. What’s even more interesting is that Qualcomm is including CA even in their Snapdragon 620, 618 and 425 chipsets, meaning that they believe that CA will be so important that they want it to proliferate through most of their product tiers, enabling their partners to deliver CA at affordable price points.

While Intel does not currently have any LTE integrated parts quite yet, they do already have some LTE-A chipsets that support CA and are already shipping in devices. Intel has the XMM 7260 series, which supports 2x CA with Cat 6 LTE speeds of up to 300 Mbps LTE-A. Their latest modem, the XMM 7360 is also LTE-A and CA friendly, but supports 3x CA at Cat 10 LTE speeds, reaching 450 Mbps. As a result, many network operators are getting many choices in terms of hardware for CA and it is now up to the OEMs to supply them with the devices that enable it.

Carrier Aggregation is the next step for LTE networks as it is part of LTE-Advanced and brings better speeds and improved experience for users. CA is a critical technology to enabling LTE-A and right now there aren’t too many devices out there with CA in order to enable LTE-A and really bring the networks to their full potential. This is partially because most LTE-A rollouts across the globe have been limited and the nationwide LTE-A networks are only in a handful of countries. However, that will quickly change in 2015 and 2016 as smaller rollouts become larger and larger, especially in China and the US where there will be a need for devices with CA and LTE-A capability. It also presents OEMs with an opportunity to get ahead of their competitors in implementing CA in their devices and delivering the fastest LTE on their respective carrier customer networks.