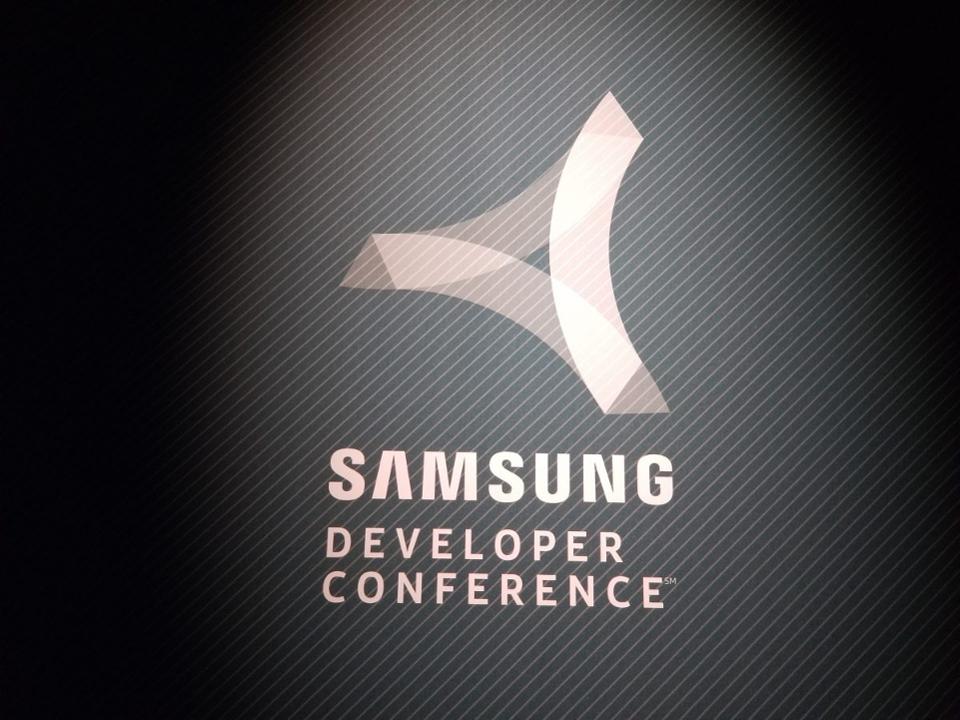 This past week I was in San Francisco, attending Samsung Electronics’ Developer Conference (SDC 2017). This SDC is the 4thyear the event has been held in San Francisco, and it’s grown to a respectable size—over 5,000 participants, 1,000+ companies, in over 50+ countries represented. These aren’t WWDC or BUILD numbers, but then again, I believe Samsung’s emphasis isn’t enabling a large-scale operating system. Sure, it has Tizen, but its ecosystem focus is leveraging Android and now SmartThings. I went into the event excited to see what the company would be announcing beyond its smartphone line—looking particularly towards the realm of IoT, AI, and AR. I was not disappointed—here’s my rundown of the big announcements and opinion.

A “Switzerland” of the consumer Internet of Things?

One of the biggest announcements from the event was that Samsung Electronics would be rolling together all its preexisting IoT services, including SmartThings (the company’s open smart home platform), Samsung Connect (a smart home Wi-Fi system), and ARTIK (device-to-cloud security), together into a single, unified IoT platform the company is calling the “SmartThings Cloud”. Bringing together all of Samsung Electronics’ different divisions is something that has proved difficult for the company in the past, as each business unit operates as a separate company, but this effort looks more promising.

Samsung says the new SmartThings ecosystem will continue to drive for use not just with Samsung devices (phones, TVs, tablets, appliances), but with a wide range of IoT devices—all controlled by the touch of a finger through the unified Smartthings app. Consumers do want one app to control their homes, not ten.

Samsung is putting a lot of focus on the idea of “democratizing” IoT, and I think the company is indeed in a good position to become the “Switzerland” of IoT connectedness and intelligence—as long as the company gives equal treatment to its partners. Samsung can’t alienate or confuse devs like Google has, and must court partners harder than Apple. Amazon.com, of course, is the other consumer home IoT Switzerland potential, but the company failed in smartphones and has an offer-based business, which limits their reach and also calls into question what they’ll do with all that personal home data.

To further build out the ecosystem, developers can access one cloud API across all SmartThings-compatible devices and solutions, not four different APIs. Samsung says the SmartThings Cloud will also improve interoperability for businesses working to develop both industrial and commercial IoT solutions.  I will keep my eye on the IIOT (Industrial IoT) element as we do a lot of research in this area, and Samsung is rarely mentioned by the industry in this context or with enterprise I talk with.
One thing Samsung pointed out is that it is trying to exploit the kitchen as a connected home meeting place. Their home hub is an effort that’s been ramping up for months—this past summer, the company unveiled its next-generation smart refrigerator, auspiciously named the “Family Hub” (which you can read more about here if interested). The smart kitchen is a strategy PC makers tried a few years back (to middling success), but it’s a much more natural fit for a company like Samsung (with its broad line of appliances and electronics). It’s surely too soon to tell, but I think there’s a good chance Samsung could pull this off and become a real force. The one thing they must show, however, is how electronics can stay fresh in the kitchen every three to five years, not twenty years, the life of a typical refrigerator. I can see leasing plans where you go all-in on appliances and get incentives to replace the old with the new. Even better and more eco-friendly approach would be a tech upgrade where the technology could be upgraded in a modular fashion. 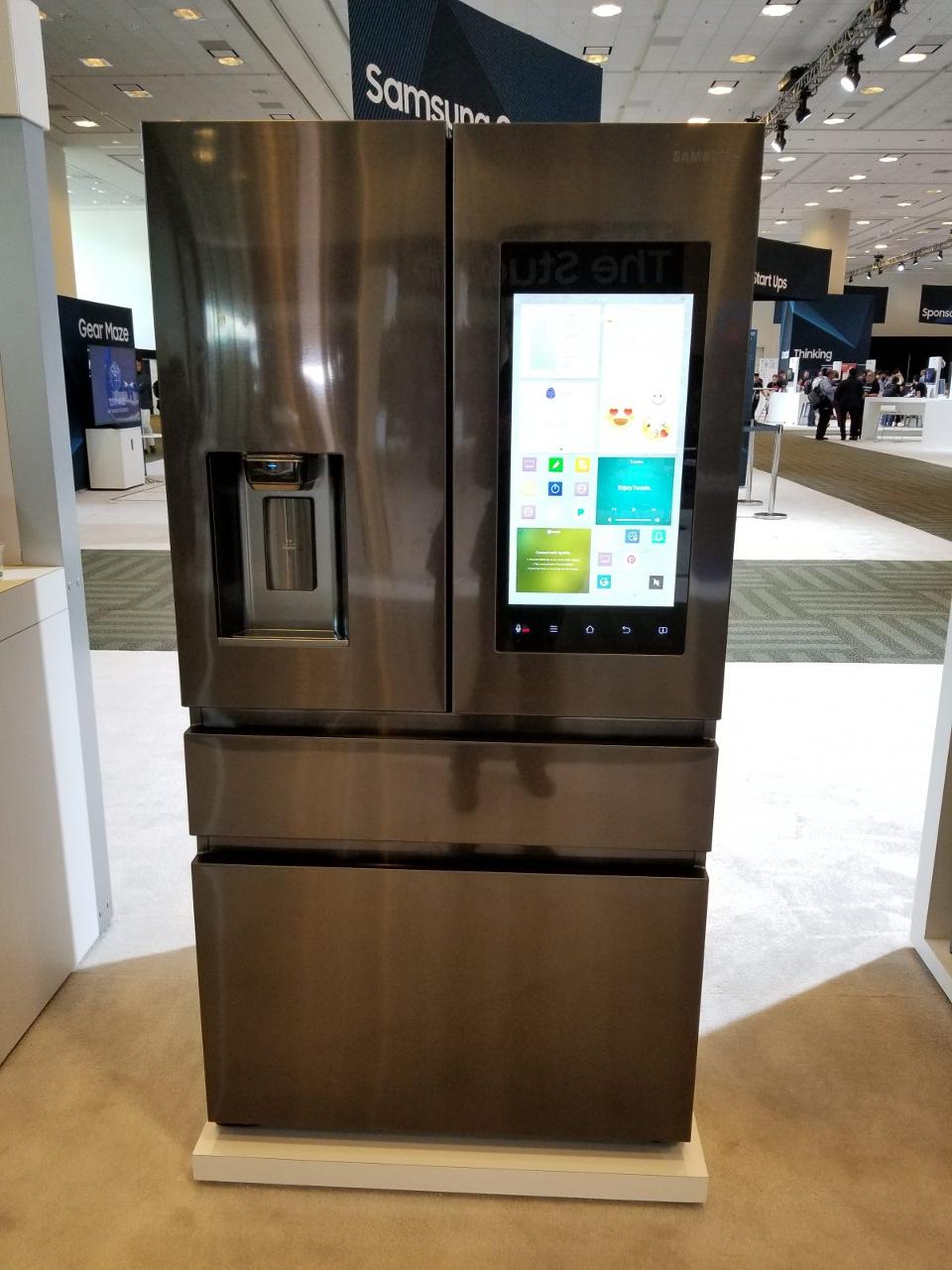 Samsung Smart Refrigerator
ARTIK IoT modules and services
Samsung Semiconductor is the largest semiconductor company on the planet by revenue, most successful in memory and storage. The company also produces many of the compute engines for their own products like Galaxy devices with Exynos SoCs. Only recently has Samsung Semiconductor made a big push to become a franchise semiconductor player where they sell their designs to ODMs and OEMs. Samsung wants to change this with ARTIK. 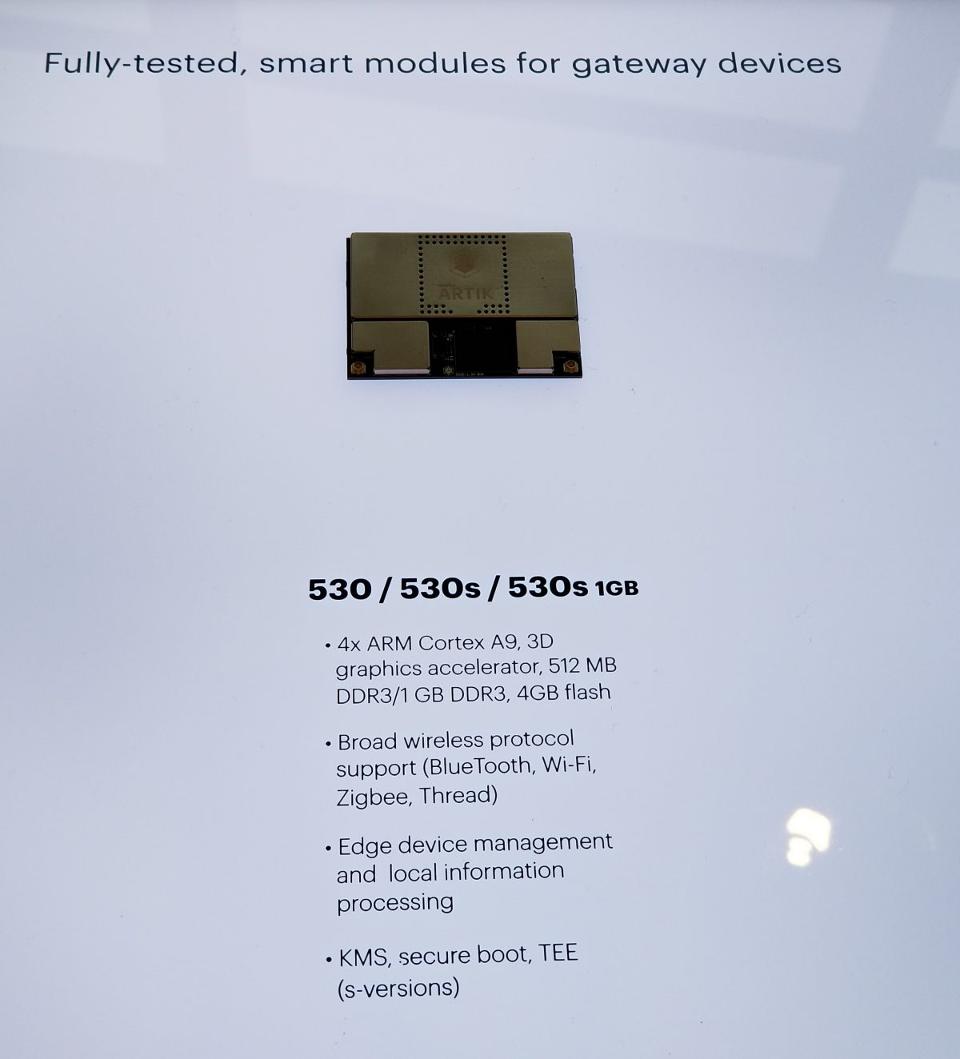 In addition to integrating Samsung ARTIK into the SmartThings Cloud, Samsung also announced at the event the launch of new ARTIK secure IoT modules and services. Samsung says these modules will “harden” critical end point security by providing a strong device-to-cloud root of trust, and increase interoperability with Samsung and other 3rd party IoT devices and services. Samsung also announced that it is bringing Knox, its mobile security solution, to IoT. I see this as a smart move since its estimated we will have 75 billion new end points come 2025. Security is, of course, paramount when it comes to IoT, especially in people’s homes—the last thing anyone wants is their most personal space compromised. It’s good to see that Samsung is tackling this issue on multiple fronts and glad the company is leveraging battle-tested and very successful Knox.

I’ll keep my opinions to this until I get more information on the Samsung Semiconductor ARTIK go-to-market as this is what the company has been lacking in selling and marketing their designs to others. I talked with Samsung senior management at the show and they are very well of the challenge.

Samsung also unveiled the 2.0 version of its intelligent assistant platform Bixby. Bixby 2.0 will be available on more Samsung’s devices, including its Smart TV, and the Family Hub refrigerator. Samsung says that Bixby 2.0 will be able to recognize individual users and personalize their experiences, by utilizing deep linking capabilities and enhanced natural language abilities. Bixby 2.0 will also feature more technology integrated from the recently acquired AI platform developer, Viv Labs, the creators of Apple Siri’s core technology.

Samsung is also making the Bixby SDK available to select developers in private beta (GA coming soon), in the interest of bringing Bixby 2.0 to a broader number of apps and services. All of this is designed in accordance with Samsung’s stated goal of “moving intelligence beyond devices into a ubiquitous, personal, and open ecosystem.”  Again, I see this as more “Switzerland” positioning on Samsung’s part. Since Samsung doesn’t force users to join, Bixby only has about 10 million subscriptions to its name so far—respectable, but not great. Bixby has a long way to go, but I’m optimistic—it’s not trying to do the same things Alexa, Cortana, and Assistant do, and I think the differentiation will pay off. Bixby isn’t trying to be great at knowing the answer to “who was the President in 1812”, but rather, “follow me with my music around the house as I walk”. It’s more about command and control than trivia and parlor tricks.

Partnering with Google on AR

In the realm of AR, Samsung announced at SDC a new strategic partnership with Google. This partnership will enable developers to use Google’s ARCore SDK to deliver AR experiences to Samsung’s mobile portfolio—the Samsung Galaxy S8, the S8+, and the Note8. This approach marks a departure from Samsung’s strategy with VR, in which the company went at it alone, ended up the VR unit share leader, then partnered with Google on Daydream. While that obviously worked out for Samsung, by partnering with Google on AR, there will be less ecosystem fracture, which is good for the industry. I believe this friendly stance is in line with the more open approach Samsung appears to be embracing with the other announcements at SDC 2017.

All in all, I was impressed by the announcements made at SDC 2017, and I appreciate the open and connected direction the company appears to be taking with IoT. It’s a good start. I do think Samsung Electronics is uniquely positioned as a company to be a leader in the smart home if the efforts to unify the different divisions within the company and with other companies are successful. I’m pleased with the work Samsung is doing to build a large, open ecosystem—I think the “Switzerland” positioning could be a real boon to the company if Samsung gives equal treatment to all its partners. Bixby is a promising work-in-progress, doesn’t have to deliver what other assistants do to be successful,  and I’m looking forward to what comes of the strategic AR partnership with Google. I’ll continue to watch all of this with interest, but I think Samsung is on a good track with all of this.