Smartphone cameras are one of the most competitive areas of technology.  This is because OEMs know many consumers may choose their phone based on the quality of the camera, particularly as consumers use their phone as their primary 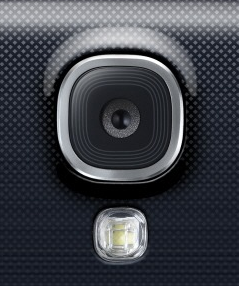 camera.  For years, Apple AAPL -0.55%’s iPhone held the top camera spot without equal but over the past few years, it was equaled and in many situations surpassed by the Nokia Lumia 920 and the HTC One, and based onearly indications, the Samsung Galaxy S4.   Part of Samsung’s smartphone camera strategy is to pull features from its $199-$599 cameras which became evident today based on an announcement by Tessera’s DigitalOptics Corp. (DOC).

DOC announced today they were licensing Samsung their Face Detection and Face Tracking Software for Samsung’s Galaxy S4 phone line.  This is the same software Samsung uses in their high-end point and shoot cameras like theSamsung Galaxy Camera.  Also subtly disclosed was that the Galaxy S4 usesFujitsu ’s ISP (Image Signal Processor), which has an integrated hardware block of DOC technology called the AHIP, or advanced hardware image processing engine.  This demonstrates for me payoffs from a few key trends. 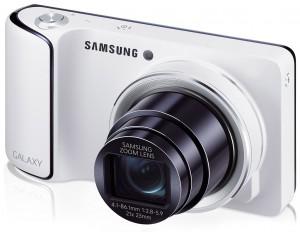 First, Samsung is differentiating itself by pulling features from its much more expensive line of $199-$599 point and shoot cameras, specifically DOC’s face detection and tracking software.  This portends to the smartphone camera becoming a more viable primary and a consumer’s onlycamera.  It also reinforces that Samsung could have a built-in advantage over its other smartphone competitors by pulling IP and know-how from its point and shoot camera “big brothers.”

I also find it interesting that in the days of computational photography, Samsung still chose a heterogeneous computing route, leveraging DOC’s AHIP as opposed to running the face tracking and detection on the general purpose CPU.  Generally speaking, if you can get any DSP or fixed function block to do what you need it to do and play nice with the rest of the system, you can see up to 100X less power draw.  The challenge with DSPs and fixed function blocks is programmability, but if you can master that, it’s a good path.  Qualcomm QCOM +0.62%has started doing this with their Hexagon DSP.

Looking at the bigger picture, the Samsung Galaxy S4 demonstrates just how far smartphones have come so far and provides some hints to where it is going as well.