I attended the Samsung Electronics product launch event in Barcelona during Mobile World Congress (MWC). It was a huge launch, intended to win the global audience over with the Samsung Galaxy S6 and Galaxy S6 edge. Samsung had a lot riding on a successful launch as they have lost significant market share to the Apple iPhone and want to get it back. All in all, the event was good, but generated a lot of questions for me that Samsung wasn’t ready to answer yet. I want to go over those questions.

The Samsung Galaxy S6 line brings with it a lot of new things, and whenever you inject new items, you add risk. The S6 has two new industrial designs, two new displays, a new Samsung Exynos 14nm SoC, new ISP, new fast charging, wireless charging and battery design, and new LoopPay radio. These are just the things that we know. As soon as the phone is out, people like Teardown.com will rip it apart and know for sure. In my opinion, the riskiest part is the new 14nm FinFET SoC. 14nm FinFET is as exotic as it gets and it took Intel a full year after production starts to get it right. A 14nm LP process is even harder. 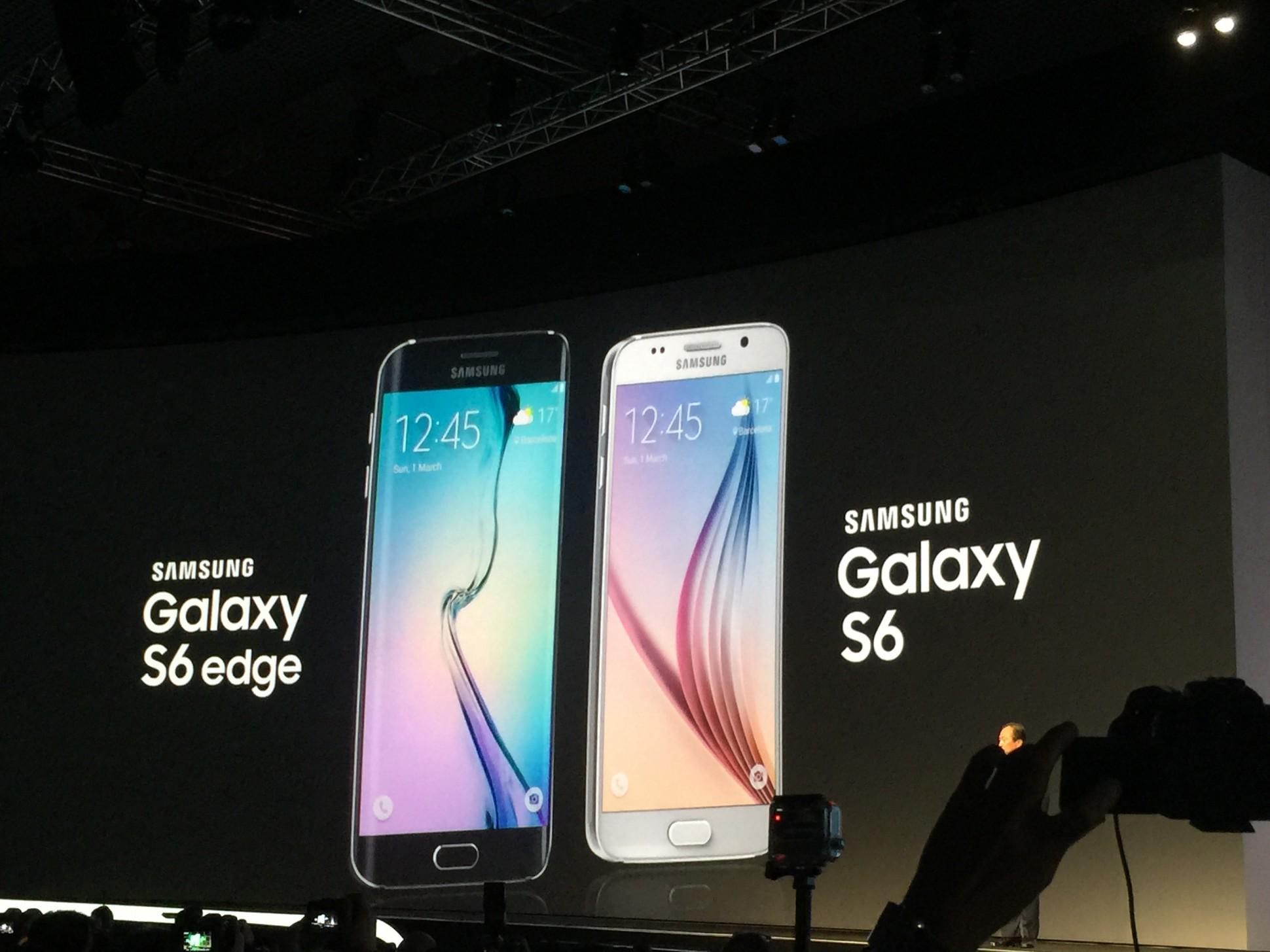 I have watched nearly 500 product launches over the last 25 years. The clear majority of those launches indicated a price. Typically, only those announcements on architecture or a technology don’t have a price. There are a few reasons why Samsung might not want to communicate a price. One may be that they don’t know how many they can actually build given what I explain above with all the new variables. Samsung are master executors, but the last thing they want to do is have a gap between being able to ship truckloads of the new stuff and have the old stuff available. To mitigate that, you only give the price when you know. And they don’t know. It could also be a change in pricing strategy, let’s say, to give less dollars to the carriers and shifting those dollars to direct, consumer marketing.

Samsung Electronics made a lot of performance claims on the S6. They talked about performance of the SoC, battery life and charging, camera, and energy efficiency, among others. I take the claims made at the event with a grain of salt and will wait for reviewers I trust to run good, application-based benchmarks or those synthetic ones that mirror applications. I am especially interested in the performance of the new Exynos SoC to see what they got out of their 14nm process and their transistors. Exynos tested performance has really been hit or miss over the past five years so you can’t assume the 7000 series is great. Did Samsung get lower power or any better performance or were they forced to lower frequency to improve yield? I’m interested in their modem and how well it performs in the new chassis. I reported on Samsung LTE modem performance tests versus Qualcomm on an older Samsung LTE phone which showed it performed 20% slower and had 5-12% more power draw than Qualcomm, so I’d like to see how this one does. 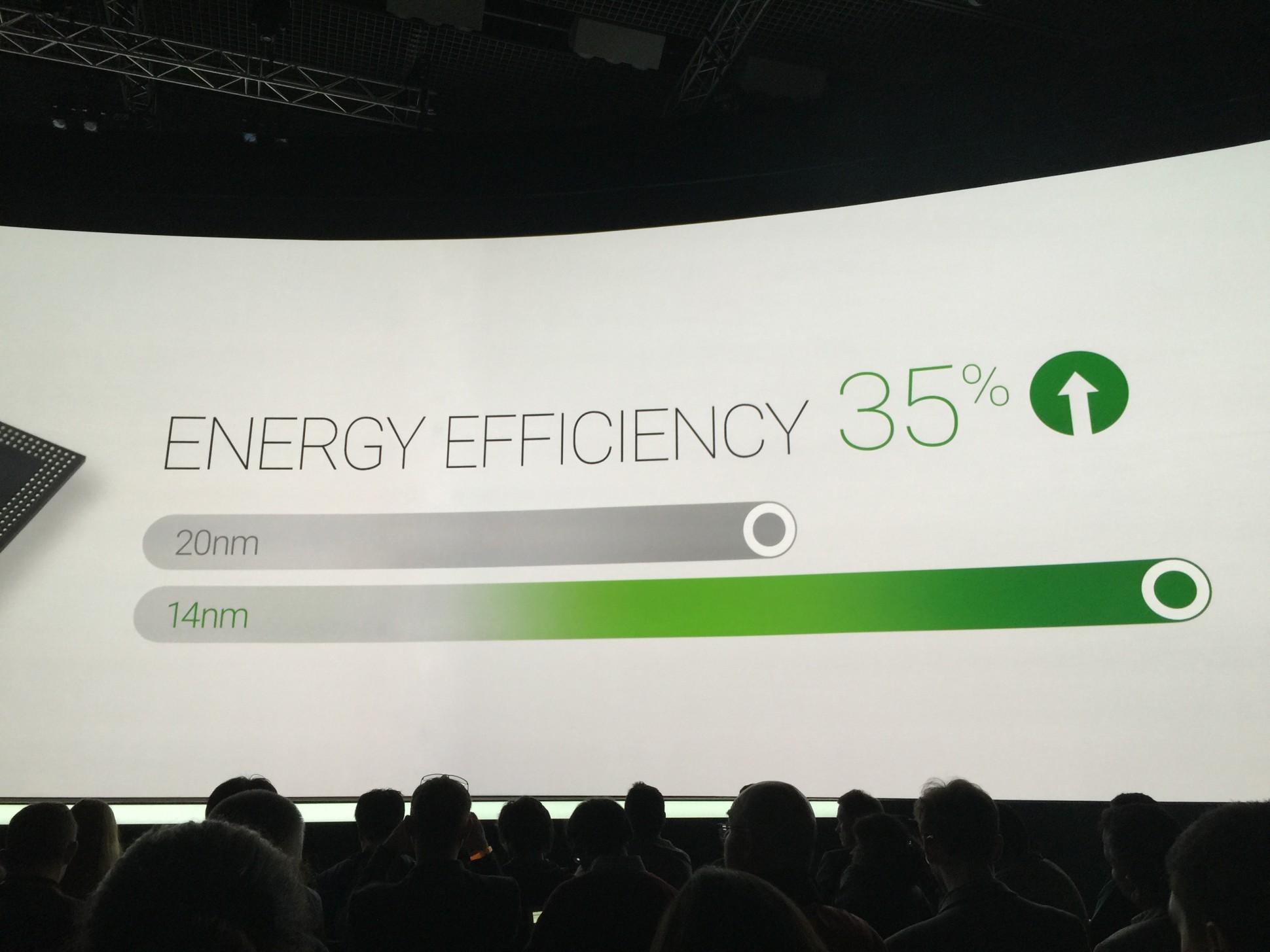 Performance benchmarks never tell the entire story and qualitative, experience tests mean a lot. And I like to do them myself. I’m especially interested to see how well the curved display is used on the Samsung S6 edge. There were two use cases shown involving contacts and messages, but I hope more ways to do things improves the experience, not confuses it. Samsung seems to dramatically change their experience in search of the one that that works best. This is different from Apple who makes gradual changes over time, very rarely dramatically changing the UI. The camera is of great interest as well. Huge claims were made on its superiority and I’m looking forward to testing it. I had both a Samsung Galaxy S5, Note 3 and a Note 4, and haven’t been overwhelmed by its quality. It’s good, not great. I’m interested in testing the fingerprint sensor, too, as there has been some variability amongst the reader in the Galaxy 5 and the Note 4.

Details were sparse on Samsung Pay and I would have liked for them to give more details on privacy, security and ease of use.  Apple Pay so far is the easiest, most secure and private, so I cannot wait to hear all the details. The LoopPay addition is very compelling on paper, so much so that I doubt it can consistently work as well out of the box as it does in the video. I hope to be surprised.

The S6 and S6 edge appears harder to build than any prior Samsung smartphone. New metallic materials are being used instead of plastic and I’m sure the curved display isn’t easy to build either. The S6 isn’t as difficult as an iPhone 6 as it has three elements versus two, but still very difficult. After the event, I was allowed to use both phones under the watchful eye of a Samsung demo chaperone. There was something funny about the edges. They felt grainy and a bit out of alignment. I went to another phone and felt the same thing. It’s either a design choice or these phones weren’t full production units. Phones go through five different production phases and I hope the phones I used at the event were produced in earlier stages or the consumer may mistake it for a build quality issue.

I really like that Samsung Electronics improved the look and feel of their S6 phones. They both look higher quality and more premium. In fact, there are some unmistakable design language that are borrowed from Apple. And borrowed approaches on batteries, HDR, and memory upgradability, but I’ll leave that for another column. I also really like the fast and wireless charging. We don’t even know a price, have no credible third party benchmarks, and I need to use the device for a week to give a more detailed experiential analysis.

At this point, I don’t think this will result in share shift from Apple to Samsung. I’ll let you know when I get a unit.