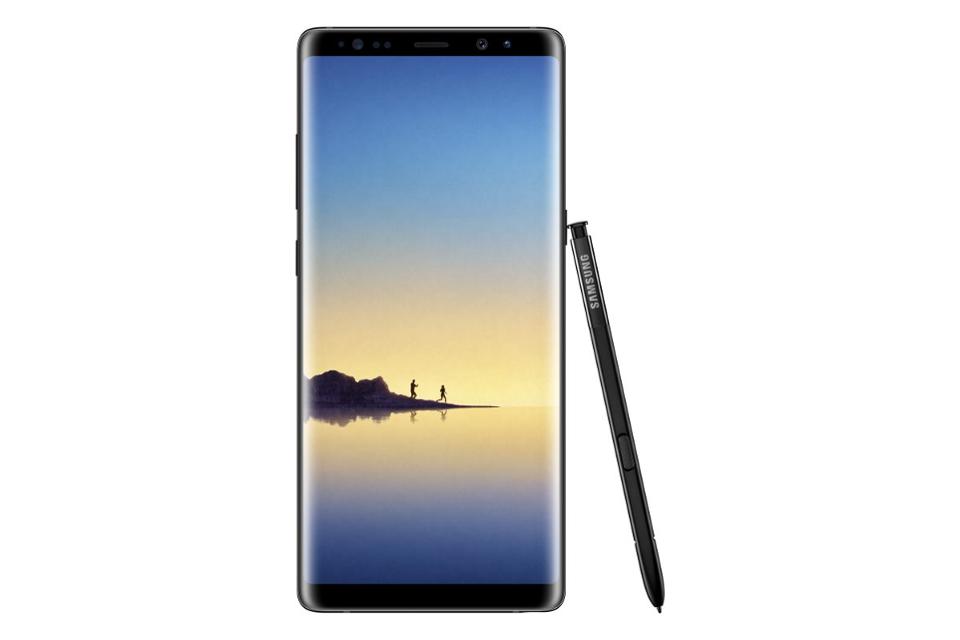 Today in New York City, I attended the Samsung Electronics launch event for its top-of-the-stack smartphone, the Samsung Galaxy Note8. It needed to be a big day for Samsung as they have not had a super-premium Note phone in the market for a year and they had to convince the audience that they were on the top of their game and could be successful again in the market. I’d like to share with you a quick take on the launch but will start first with some comments on the Note8 target market, an interesting group.

The Samsung Galaxy Note line of smartphones has their own set of enthusiasts and fans, and based on research I have reviewed or performed, they are “go-getters” who are trying to get ahead. These consumers and business users view the Note as the best mobile tool to get things done. I haven’t done sizing on the audience, but we can all visualize who these folks are. As those Note8 fans haven’t seen a new Note in a while, I expect them to pounce on the Note8 immediately.

In the overall premium smartphone market, given the S8 sold better than the S7 cond the Note8’s strong value proposition, I expect the Note8 to sell very well.

A good place to start would be to compare the Note8 to what you are likely familiar with, the Galaxy S8. Versus the S8, the Note8 has a few, key features that differentiate it, specifically the dual camera and the S Pen. The dual camera supports dual OIS (optical image stabilization) and depth of field for a bokeh (blurred background) effect that can be changed on the fly and even edited afterward. The S Pen is very useful, and users can even take pages of notes on their screen without ever logging into the phone. It will even display the note, like a grocery list, without having to log in. I have researched simple pen use for years, and I believe the Note8 implementation is as close to perfection as it gets. It took many generations of S Pen to get here, but the company is here. Also, the 6.3” Note8 display is a lot larger than the S8 but is similar in size to the S8+. Finally, the Note8 has squared edges, unlike the S8, which makes it easier to hold without a case.
Versus smartphone competitors
I believe the Note8 is Samsung’s best opportunity to gain market share on the competition as this is the first super-premium phone the company has had for years. As we don’t know the features or pricing yet of the upcoming Apple iPhone “X,” it’s impossible to say how competitive the Note8 is versus Apple’s next generation.

Versus most smartphones today though, the Note8 may have the following advantages for those who care about:

Versus a few smartphones, the Note8 may have the following disadvantages for those who care about:

The Note8 strikes me as a really good consumer phone, but an even better business, “get stuff done” smartphone. First off, let me say I am in the minority of analysts who think smartphone vendors should do more for business users. Sorry, I don’t buy the line of thinking that says the jet-setting business person has the same phone needs as the stay at home parent. I’m not buying that at all.

The Note8 has some features I believe will make enterprises and business people happy:

As I predicted a year ago, the Note7 issues did not have long-lasting effects on Samsung. Given that sales of the Samsung Galaxy S8 exceeded that of S7, I believe consumers are well past the Note7 or Samsung issues. If there were severe brand damage, this would not be the case and the S8 would have sat on the shelves.  Airlines no longer warning passengers as they do on board airplane checks have helped. Finally, consumers are a forgiving bunch, and as long as there aren’t strings of issues, they quickly forgive and forget. Just look at the automobile industry with the many safety defects and recalls.

All in all, it was a good day for Samsung. The Galaxy S8 was a hit, the Note7 is clearly behind them and now it’s onto the future with the Note8.  I believe the Note8 provides Samsung the best opportunity to gain premium smartphone share it has had in years, not only with its current fans but with new consumers and businesses.