For the past 20 years there has been a slow, methodical pace of change in networking where each set of new technologies arrives, surpassing the previous generation in an orderly fashion. But today, two new technologies, Software Defined Networks (SDN) and Network Functions Virtualization (NFV), are poised to truly disrupt that pace by changing networking from physical to virtual. In the enterprise market there appears to be a lot of confusion about the differences between these two, often people compare the two and say one is a better approach than the other. If you are looking for the smack down article that pits these two emerging networking methods against each other in a glorious battle for three-letter acronym supremacy, you’ve come to the wrong place. Both SDN and NFV have a lot in common with each other. In actuality, the two can coexist in the same network environment and share a lot of the same characteristics and components. What makes them different has more to do with 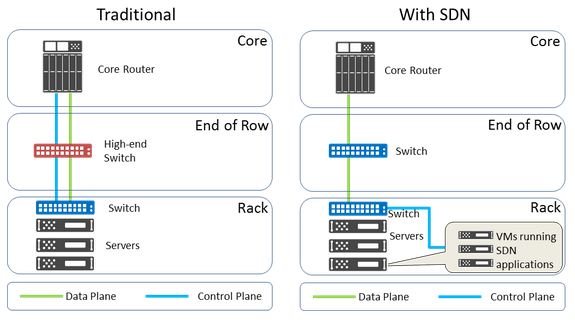 where they started and who is deploying them than anything else. Both methodologies have a similar goal: reduce the cost, complexity and rigid nature of networking, enhancing the physical network with a virtual overlay that is easier to deploy, manage, reprovision and troubleshoot – all with a lower OpEx and CapEx profile.