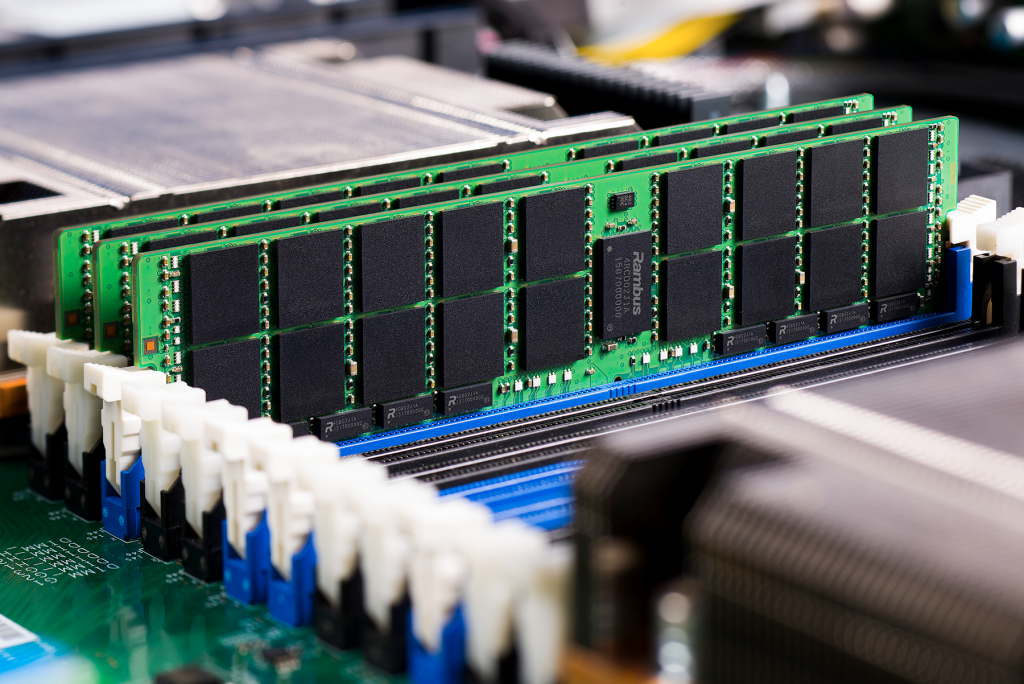 Rambus has been in the tech industry for 25 years, and like any Silicon Valley tech company in business that long, has developed a brand and reputation, both positive and negative. The positive side was smarts and intellectual property in areas that few could replicate, and on the negative side, lawsuits and lawyers. Rambus is creating a new chapter in the company’s history today by launching, for the first time, an actual chip versus intellectual property (IP).

Rambus’s move to add chips to their IP portfolio is just another proof point on a chip industry that has seen a lot of vertical integration. Other vertical integration examples are ARM Holdings creating many more hard macros and Apple developing their own A-Series SoCs. Industries all undergo times of specialization and integration and we appear to be in that integration stage.

In the case of Rambus’s new R+ DDR4 server memory chipset, this isn’t merely a push model to drive topline revenue at the expense of licensees. You see, DDR4 is really hard to get right at high capacities and high speeds in a reliable way. In a world of Big Data server applications, these high capacities and reliability are paramount, and memory will just keep getting faster in a very technologically-challenging DDR4 server memory world. Quite frankly, server OEMs and ODMs needed a new producer of DDR4 server memory chips, and that new provider is Rambus.

The Rambus RB26 R+ DDR4 server memory interface chipset is designed to serve the RDIMM and LRDIMM markets by providing two chips on the DIMM, a RCD (Register Clock Driver) and DB (Data Buffer) chips. The reason that Rambus has gone out of their way goes back to how Rambus is changing as a company and the fact that they are working with their customers to create solutions to problems. That is why Rambus shocked everyone in the industry when they joined JEDEC back in 2014 and started working closely with the JC-40 committee, a major shift in the company’s previous engagement model.

Rambus’ R+ line of chips starts with the RB26, which is comprised of the two chips but will vary in total amount of buffer chips based on the amount of DRAM chips populated on the DIMM. The RB26 chipset is compliant with the latest JEDEC DDR4 spec at 2666 Mbps and already has built-in support for 2933 Mbps. Rambus says their chipsets exceed JEDEC’s reliability requirements, which means that Rambus is serious about making sure they are selling an enterprise-class product that is superior to IDT, Inphi and Montage Technology. The RB26 is also designed to work efficiently with frequency-based power optimizations and according to Rambus works without issues at 1.2v as most DDR4 memory does.

The company also takes pride in what it says is best-in-class debug and serviceability and that gets verified at the DIMM manufacturer, server ODM and OEM when these chipsets actually get utilized in shipping DIMMs. Rambus is also providing integrated tools for bring-up and debug as well as ‘out of the box’ operability, requiring no new BIOS updates. This would be a differentiator from IDT Corporation, Inphi Corporation and Montage Technology. This seems difficult to do, seeing as how much memory validation needs to be done on large deployments, but if they can provide actual proof of this at the final product inside of a server DIMM, then we’re believers.

If successful, Rambus will be able to take advantage of the industry’s expected growth of the DRAM market driven by Big Data in-memory and scale-out workloads and the DDR3 to DDR4 transition. This will drive heavy demands on memory manufacturers due to the lower signaling power, denser chips and higher clocks. As a result of this, I believe there is a need for improved debugging and serviceability and of course reliability. DRAM capacities and clock speeds are only going to increase in the future and the need for RAM doesn’t seem to be slowing any time soon. There is no doubt that other memory technologies are in development and could replace DDR4, but the reality is that many of those memory standards are in their fledgling stages and likely will only become relevant after DDR4 has mostly replaced DDR3 in the server.

Intel and Rambus have been working closely together to ensure that Rambus’ technology works well within their existing processors and chipsets. This includes rigorous validation of both the chipsets and the final DIMMs from the module manufacturers who will ultimately sell their RDIMMS and LRDIMMS to server integrators and cloud data center services. This deeply involved model is something different for Rambus and really shows how the company has entered a new phase where they work closely with everyone to ensure a better experience for the enterprise and data center customers. With most of Intel’s chipsets transitioning to DDR4 it only seems natural that Rambus would be working closely with them to ensure that they are cooperating at the right level.

Rambus has future products planned in the R+ line that are designed to further enhance system performance as well as increase speeds and reliability. Some of these next-gen chipsets are already in-development and preparing to continue to push Rambus into the new phase in the company’s place in the memory industry.

The new Rambus, dubbed Rambus 3.0, is an interesting company that has taken a strong turn in the right direction of becoming both a chip and IP company. Their model for their R+ DDR4 Server DIMM chipsets is one that both brings respect and notoriety to the company as well as margins. Rambus’ role appears to be more of a collaborative one, and one that seeks to improve the memory industry with new products and technologies and not just cranking out new IP. While it remains to be seen how Rambus’ new chips and technologies are accepted in the memory industry, this is a promising one and it may bring about more products from Rambus that will involve physical chips.