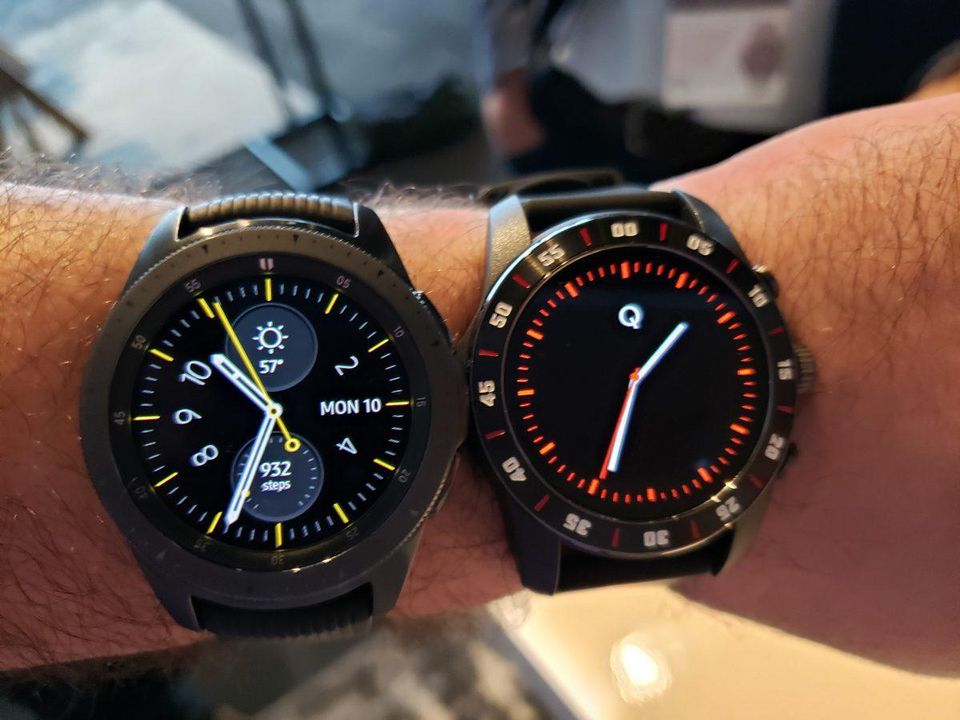 While some continue to question the viability of the wearables market, each generation of devices is becoming more capable. The success of the Apple watch has certainly helped, along with the growth of companies like Fitbit, Mobvoi, and Garmin. I think we’re closer to the perfect smartwatch than ever before, and a lot of credit goes to Qualcomm, the chipmaker who has managed to effectively corner the market in the last several years. Yesterday, Qualcomm announced its next generation of its Snapdragon Wear processors, the Snapdragon Wear 3100. Here’s my take on the new offering.

The Snapdragon Wear 3100 platform is different from the previous generation, the 2100, in a couple significant ways. One of the biggest architectural changes is the addition of an ultra-low-power co-processor, the QCC1100, that Qualcomm says will extend battery life. Qualcomm will continue to use a quad-core A7 processor architecture, but the new QCC1100 will supplement the CPU and DSP. Speaking of the DSP, the 3100 also features a new DSP framework to improve sensor processing capabilities and an open execution environment to allow for more differentiation and faster time-to-market. The DSP helps manage the many sensors incorporated into the modern wearable device—how often they are turned on, and what to do with the data that is being generated. In another effort to improve power efficiency the 3100 also includes a new wearable PMIC and new GaAs PAs. The new NFC chips in the Snapdragon Wear 3100 come from NXP, which would’ve been part of Qualcomm if not for the failed merger. These new NFC chips allow for smaller antenna design and better interoperability. The platform retains the same LTE, Bluetooth, and Wi-Fi capabilities, while requiring lower power than before.

Let’s get back to the new QCC1100 ultra-low-power coprocessor since it is really the cornerstone of Qualcomm’s efforts to improve battery life with the Snapdragon Wear 3100. Qualcomm claims this tiny processor has 20x lower active power than the 3100’s applications processor. It is designed to run using its own highly efficient RTOS, operating at near-threshold power while still being able to do basic computing. It can operate both independently and in concert with the applications processor’s quad-core A7 CPUs. This means that additional power savings can be found even when using the AP for WearOS applications.

Qualcomm is claiming significant improvements in battery life as a result of these platform improvements. In the lowest power mode, Qualcomm is claiming 67% lower power than the 2100. The company is also claiming 49% lower GPS power, 43% lower keyword detection power, 34% lower MP3 playback power, and 13% lower voice query power over Bluetooth or Wi-Fi. Depending on the different power and application modes in use, battery life can range from 2-3 days (using the application processor) to a week (in watch mode). Qualcomm says it already has improvements on the way to the make Snapdragon Wear 3100 even more power efficient, with an update coming shortly after the launch. The Snapdragon Wear 3100 platform will come in three flavors, targeting different types of wearable watches. One will target tethered Bluetooth and Wi-Fi smartwatches, another will target GPS-based tethered smartwatches, and the last will have LTE connectivity.

The new Snapdragon Wear 3100 platform appears to be bringing more major fashion and technology brands into Qualcomm’s fold. There are already over a dozen brands on board, including the Mont Blanc Summit 2, which was announced at the Wear 3100 launch event. The rumor is that even more will announce after the launch. Most of these brands don’t care much about how many cores or what kind of connectivity a chip has—what they really care about is design and battery life. It looks like Qualcomm’s new Snapdragon Wear 3100 delivers here, and as a result, I think we’re going to see it powering the next generation of fashionable, functional wearables.