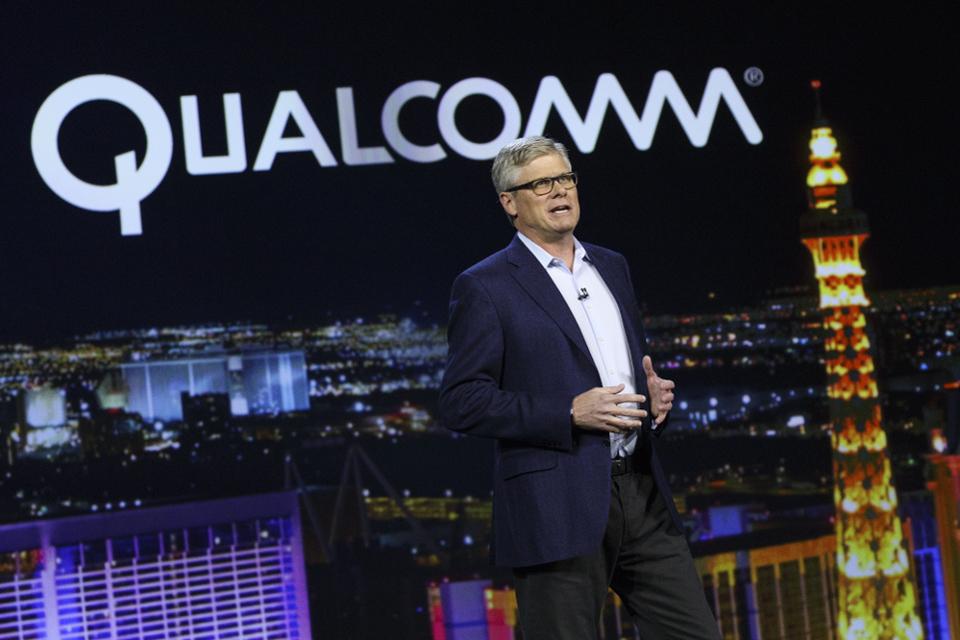 While other methods of biometric authentication exist like iris and facial recognition, fingerprint is still the fastest and most commonly used and preferred by consumers. This has made the engineering challenges presented by shrinking bezels even greater than they would have been in the past. To address these engineering challenges, some companies have moved the sensor to the back of the phone or tried to develop in-display fingerprint sensing capability, while others have opted to hide it under the glass. Few fingerprint sensor companies can work behind glass, or other materials on top of the sensor itself. One such solution is Qualcomm’s own ultrasonic fingerprint sensor which currently ships in the LeEco LeMax and the Xiaomi Mi 5s. Both of those devices utilize Qualcomm’s first generation ultrasonic fingerprint sensing technology to go through aluminum or glass.

With this second generation of ultrasonic fingerprint sensors, Qualcomm also touts many benefits of having the sensor behind glass, metal or a display. These include the ability to wake up and fingerprint match underwater, which can be troublesome for some devices that are IP68 certified and that have users that want to use them underwater periodically. The Samsung Galaxy S8 and LG G6 are both IP68 devices and their successors could absolutely benefit from this capability in the future. In addition to water, ultrasonic sensors are powerful enough to easily ignore contaminants like water, oil, sweat and other things that might cause a fingerprint sensor not to work. Another feature, and possibly one of the most interesting ones to me is that these ultrasonic fingerprint sensors also support heartbeat and blood flow sensing as well. That means that you can get multiple functions out of a single sensor in a phone and even use the blood flow to verify that the user’s fingerprint is coming from a finger with a pulse. Additionally, these sensors also support directional gesture support, which can already be found in some other fingerprint sensors on the market today.

Qualcomm uses a trusted execution environment, just like many other fingerprint sensor makers to protect the fingerprint data when its sent to the SoC for matching. They also store the fingerprint template data in a secure file system inside of the trusted execution environment, however their solution isn’t encrypted end-to-end because the sensor does not encrypt the data at the source. This could potentially open the smartphone to hacking without an encrypted sensor, however at this moment it requires physical access to the sensor and cracking open a phone isn’t that easy or undetectable. Qualcomm didn’t talk about their anti-spoofing capabilities of their sensors to defeat fake fingerprints other than to say they could use the blood flow capability to check for a live finger, which is a valid method but not likely a foolproof one for long. Security is a constantly moving target, and we at Moor Insights & Strategy take it very seriously.

Qualcomm claims that this new generation of their ultrasonic fingerprint sensors are the first mobile solution to scan through up to 800 μm of cover glass and up to 650 μm of aluminum. Additionally, they’re also claiming to be the first commercially announced integrated ultrasonic-based mobile solution that can do heartbeat, blood flow and gesture all in the same sensor. Last, but certainly not least, they are also claiming to be the first commercially announced ultrasonic solution capable of scanning through OLED displays of up to 1200 μm. That includes being able to support fingerprint sensing, heartbeat, blood flow and gestures all at the same time.

What makes their solution even more interesting is that at this moment, Qualcomm is already announcing compatibility for these sensors with their newly announced Snapdragon 660 and 630 mobile platforms. However, they are also designed to be compatible with future Snapdragon mobile platforms from the 200-series all the way up to the 800-series. Furthermore, Qualcomm is also stating that they will support non-Snapdragon platforms, which indicates we could see some design wins in products that might not have any other Qualcomm products inside. I believe this is crucial for Qualcomm to accept early on because to sell a component like a fingerprint sensor, you must be ready and willing to work with anyone and everyone. Some companies have made the mistake of tying their sensing technologies to their processors in the past and those technologies struggled as a result.

The company expects to have commercial samples of their next generation of ultrasonic fingerprint sensors for glass and metal to OEMs in July 2017 while engineering samples of the display ultrasonic fingerprint sensor should be available in October 2017. Commercial samples are expected in early 2018 for the display technology, around the same time that we can start to see commercial devices with the glass and metal ultrasonic fingerprint sensors shipping. Devices with the ultrasonic fingerprint sensor for displays are expected to arrive in the summer of 2018 or roughly a year from now. This should give us an idea of what devices we could expect to have this capability and about when. I genuinely believe that we could see Qualcomm’s ultrasonic sensing solution in the following generation of the Samsung Galaxy Note series or maybe even Apple’s iPhone, if the two companies settle their dispute. There is no doubt in my mind that some of these fingerprint sensors come off as more expensive than some competitor’s solutions, but they do offer an opportunity to resolve some issues while adding more capabilities at the same time. Qualcomm has had limited success with their first generation of these fingerprint sensors, but hopefully with these new capabilities they will be able to capture more customers and improved market penetration. This is a great example of Qualcomm innovating beyond the modem and SoC, and making technology broadly available to the mobile ecosystem.