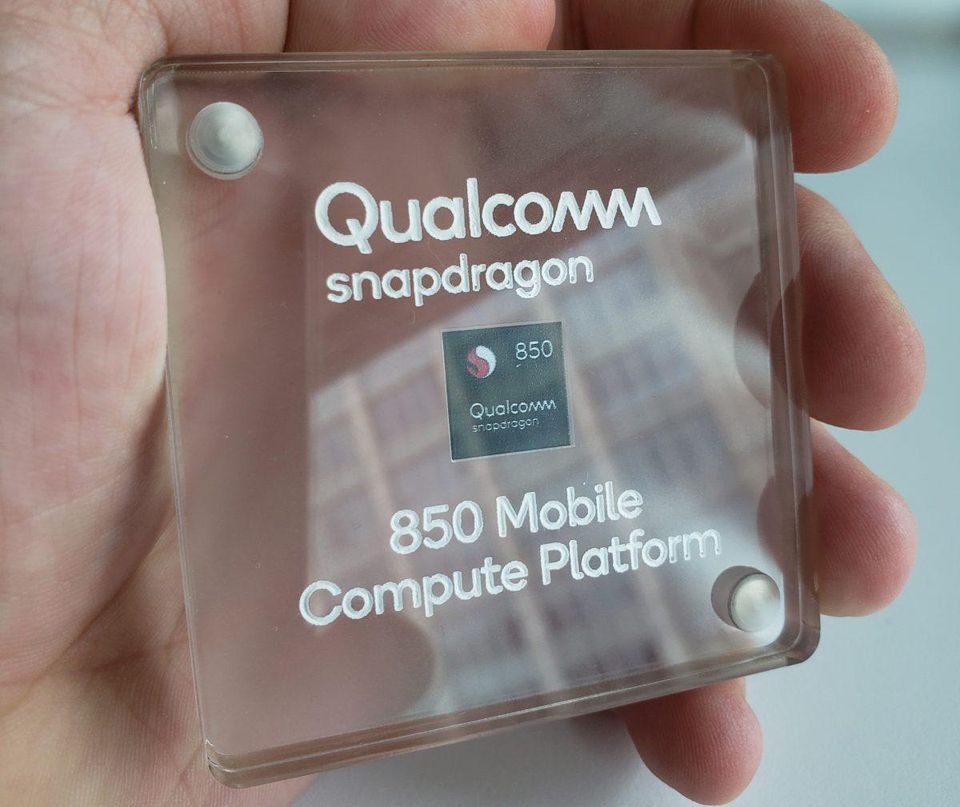 The always connected PC is a relatively new category from Microsoft , requiring an “always on” internet connection and supporting up to 20 hours of battery life. Right now, most of those offerings are coming from Qualcomm and its Windows on Snapdragon effort, which include systems from ASUS, HP , and Lenovo . All of these systems are powered by Qualcomm’s Snapdragon 835 processor, which came out in phones last year. As things go in the smartphone industry, new processors come along and replace the previous generation—the Snapdragon 845 is replacing the Snapdragon 835. This time around though, Qualcomm is also trying to address the differences between smartphones and PCs with a whole new processor for Windows PCs—the Snapdragon 850.

Qualcomm also upped the ante on connectivity, with the improved X20 LTE modem, the same modem as the Snapdragon 845. This new modem brings the maximum peak throughput of Qualcomm’s Snapdragon on Windows devices from 1 Gbps to 1.2 Gbps, a theoretical increase of 20%. With certain improvements, the new modem makes higher speeds easier to achieve with lower thresholds (for features like LAA which require a certain amount of licensed spectrum). Better LTE connectivity should also improve the overall user experience—it’s such a central part of what the always connected PC is about.

The Snapdragon 850 also brings the possibility of introducing 4K HDR capture and playback, something that wasn’t possible with the Snapdragon 835. This may not seem as important on an always connected PC as it would be on a smartphone or tablet, but some of these always connected PCs do have world-facing cameras and having a high-quality camera can still be important. I believe that 4K HDR playback and capture will be extremely important for many devices in the future, so having a chip that supports that at a base level is a definite plus.

Qualcomm also announced during its press conference at Computex 2018 that the company was bringing another major player into the fold. Qualcomm brought Samsung on stage to talk about the Snapdragon 850 and its excitement to bring a Windows on Arm device to market. I believe that the addition of Samsung further legitimizes Qualcomm and Arm’s efforts while also bringing in a player that has lots more experience with wireless, wireless carriers, and carrier activations. This is a big addition for Qualcomm and Windows on Arm,  and I expect that we’ll see others join Samsung later this year as well.

The Snapdragon 850 is really the processor I think we’ve been waiting for when it comes to Windows for Arm and always connected PCs. It has all the right performance numbers and helps to narrow the performance gap that results from emulation. However, it doesn’t sound like we’ll see systems with the Snapdragon 850 in them until much later this year. The biggest challenge will be for Qualcomm’s partners, many of whom have signed up for the second round of devices, to be able to navigate the complexities of the market and work out some of the kinks in the platform. As I mentioned in my recent review of the ASUS NovaGo, there are still some growing pains for the platform. That being said, I believe that most of them will be ironed out well before any Snapdragon 850 devices ship out. It will be really interesting to see how Intel and others compete with the Snapdragon 850 at its performance and battery life profile.