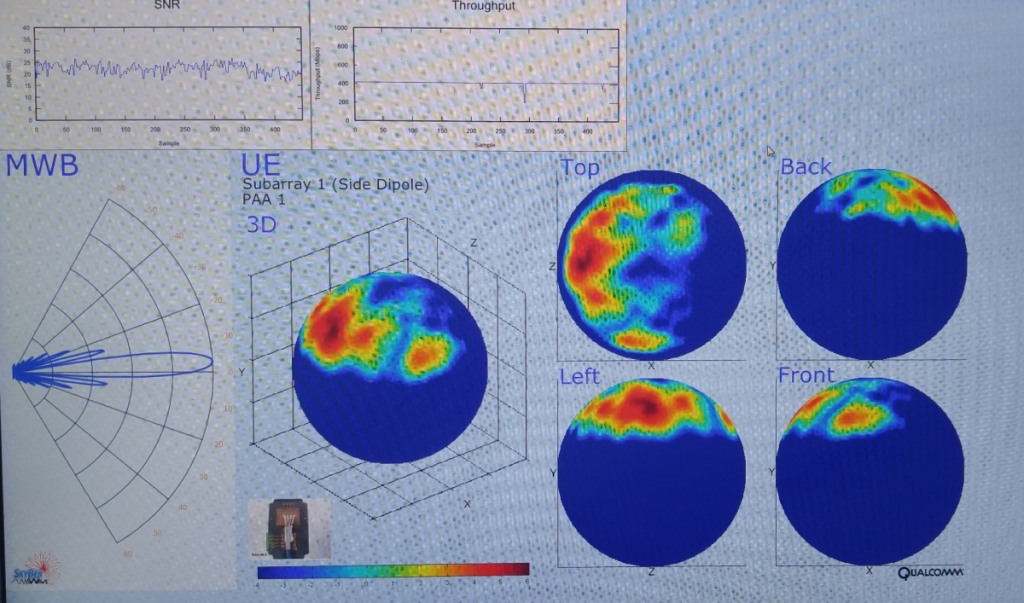 Complete 5G solutions aren’t something that you’ll be seeing in phones or networks any time soon regardless of what you may see in the headlines or companies are claiming. In fact, the first official release of the 5G standard isn’t likely to be finalized until 2018, at which point true 5G networks will very likely not roll out until 2020. However, due to the increased demand for added capacity and throughput, certain parties are getting impatient and want to push up the implementation of specific 5G technologies to as soon as 2018. What we are more likely to see is that specific 5G technologies will get adopted sooner than others as the spectrum and technology allow. Part of the introduction of 5G includes the use of higher frequency signals that can range anywhere from 3.5 GHz to 60+ GHz, much higher than current 4G LTE networks. As a result, the companies in the wireless industry are moving up their time tables and preparing for 5G sooner due to the demand for increased capacity and faster throughput. On Tuesday, Qualcomm recently held an industry analyst day to explain and demonstrate the company’s vision for 5G. Representing Moor Insights & Strategy were Anshel Sag who covers mobile and wireless and Mike Krell who covers Industrial IoT.

Part of Qualcomm’s 5G vision included how the company sees 5G evolving beyond “just another wireless technology” for smartphones and tablets, expanding into every facet of life. This included presentations on how 5G incorporates a more flexible network, making devices on the network more than just endpoints as well as their 5G unified air interface (UAI). Qualcomm’s 5G UAI combines a multitude of features including massive MIMO, reliable high capacity and high frequency spectrum and much more. To make 5G more real for the analysts in attendance, Qualcomm took analysts deep inside of their research and development building, also known as the Qualcomm Research Center (QRC). Deep down inside of the basement of the building analysts were given a peek at some of Qualcomm’s own 5G technologies in a working demonstration.

To deliver the multi-gigabit speeds that users should experience with 5G, the use of higher frequencies is needed, as mentioned earlier. For Qualcomm’s demonstration, they chose to use 28 GHz, which is right in the middle between Qualcomm’s currently supported 4G LTE bands (below 3GHz) and their 802.11ad Wi-Fi operating at 60 GHz. The industry has coined these multi-gigabit high frequency wireless technologies as mmWave, to represent the measurement of the wave lengths in millimeters due to their high frequency and short length.

Because of the nature of these waves, Qualcomm utilizes extremely small antennas in a broad array in conjunction with directional beamforming to deliver a robust wireless signal regardless of the objects in the way. This is important because higher frequency wireless signals tend to be easily obstructed or blocked when something dense gets between them and their target device. For example, Wi-Fi operating at 60 GHz also known as 802.11ad, is best applied for in-room applications and that’s generally used with 32 tiny little antennas. The technology is designed to constantly adapt and adjust to the best possible beam based on the current conditions, combining all of the antennas on the base station transmitting to the antennas on the client device. The purpose of this demo was not to show us how fast 5G can be, but rather how well Qualcomm’s 5G implementation can handle less-than-perfect conditions, which is what most users experience on a daily basis. Many of those issues come from the actual deployment of the technology and the challenges that 5G brings to the table like non-line-of-sight connectivity and the consequences of how users use their devices on 5G signal.

For this demo, Qualcomm had set up a base station and a client device in a hall way and had people walk between the two as well as move the client device around to show how their 5G technology adapted. To accomplish this, Qualcomm used a base station with a 128 antenna elements with 16 controllable RF arrays. Commercial base stations could have significantly more antenna elements in the real world depending on the area that they are trying to cover and the size that they need to be. The client device receiving the signal had four selectable antenna sub-arrays, each with their own 4 controllable RF channels, meaning that each had four antennas as well. Having multiple antennas in multiple arrays allows for the client device to switch between the best antenna array that delivers the best signal, dynamically, while also beamforming, to also improve signal and catch the best channel and signal.

In their tests, they were able to achieve speeds of 400 Mbps pretty consistently using one antenna out of the possible 16, which is pretty good when you consider that 4G LTE right now can do 100Mbps. The system is designed to find the right beam and deliver it to the right antenna in order to deliver the best possible service utilizing one beam at a time. The demonstration was using only 16 QAM modulation, which means that there is still room for improvement in terms of throughput when they are able to achieve higher order modulation like 64-QAM or higher. Qualcomm’s engineers stated that they have simulated tests of this technology in urban environments and had line of sight range of 350 meters and non-line of sight coverage of 150 meters in Manhattan.

Qualcomm’s 5G demo at their industry analyst day shows that the company is well into development in 5G technologies, and that they are already working on solving many of the problems that come with using wireless frequencies above 3 GHz. Qualcomm’s acquisition of Wilocity mid last year, the first creators of 60 GHz Wi-Fi technology, may have put the company in a unique position ahead of the competition as they have dealt with many of the issues with mmWave technologies and are already in their second generation of 802.11ad Wi-Fi. Expertise doesn’t come overnight, and there is still going to be a lot more work to be done in the 5G space in order for it to become a commercialized technology, standardization included.