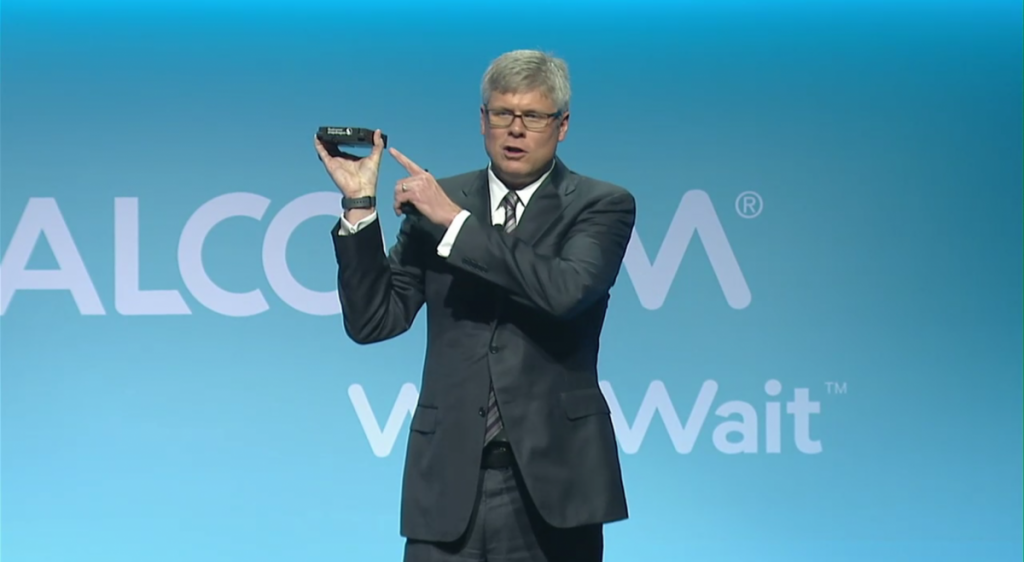 Lots of chip companies like ARM Holdings, Intel, NVIDIA and  Qualcomm are spending time and effort to find a place for themselves in the IoT market because they, like I, believe in a gigantic, future market. Some companies are focusing on wearables and drones while others are looking to automotive and smart home. Qualcomm previously spent a lot of their effort on repurposing smartphone chipsets for IoT purposes, which in the short term made sense, but in the long term wasn’t really sustainable. Qualcomm saw this challenge and I believe has addressed it with a multitude of new technologies that address almost every major IoT segment. This is partially because Qualcomm is a big enough company, like Intel, that they can focus on multiple verticals at the same time and actually grow businesses out of them. At CES 2016, Qualcomm showed off the products they have designed purpose-built for IoT. These products include a smart home reference platform, an automotive grade Snapdragon 820A, an LTE modem optimized for IoT and a Bluetooth smart SoC for IoT. They also made some announcements around Wi-Fi connectivity and self-organizing networks, which still somewhat ties into IoT.

Qualcomm’s smart home reference platform is based on Qualcomm’s Snapdragon 212 processor which is more specifically designed to provide all of the things necessary to help someone, like Nest, Ring, or Canary build a smart home device or light hub. This reference platform is designed to allow virtually all of the ‘smart’ devices in the home to communicate with one another and to enable a single, easily manageable point of control. As stated earlier, it runs a Snapdragon 212 processor which has a 1.3 GHz quad-core ARM7 processor and Adreno 304 GPU. These specs alone are enough to allow for some decent media capabilities as well as processing things like audio, voice, and video all at the same time. It also has built-in wireless connectivity with 802.11a/b/g/n as well as Bluetooth 4.1, Bluetooth LE and NFC. These specs make it quite clear that this platform isn’t designed for the high-end and that its purpose is to satisfy the needs of the soon-to-be-mainstream smart home market. What is interesting, however, is the added support for a display and 8 MP camera, which allows smart home hub designers to run with their designs and integrate displays and cameras into their hubs if they want.

In the automotive sector, Qualcomm announced the Snapdragon 820A, an automotive variant of the Snapdragon 820 smartphone processor. This processor is designed to deliver the absolute best Qualcomm performance and experience to users and is very likely why they’ve introduced the Snapragon 820A because the only other automotive chip Qualcomm had was the Snapdrgon 602A. This upgrade to the Snapdragon 820A means that automakers, like Audi who will be using the 602A in their 2017 vehicles for their MMI (Multi-Media Interface), now have access to significantly more horsepower to power the infotainment of the vehicle. Qualcomm said the Snapdragon 602A will be shipping in the A5 and Q5 models in Audi’s 2017 lineup. It appears now like NVIDIA will hold the higher models like the Q7 and A8.

The Snapdragon 820A has all of the features of the Snapdragon 820 which include the powerful Kryo CPU cores, Adreno 530 GPU and Hexagon 680 DSP. There is also a Snapdrgaon 820Am which integrates a Snapdragon X12 LTE modem, much like the consumer version of the Snapdragon 820. This part could be Qualcomm’s key to success as it enables 600 Mbps downlink and 150 Mbps uplink and is essentially designed with car manufacturers’ update cycles in mind. Because the X12 LTE modem is so far ahead of where most networks are today, car manufacturers are essentially ‘future proofing’ their wireless connectivity for the next 2-3 years. Plus, having the modem integrated into the SoC is something that most automotive manufacturers would love to have since it allows them to free up space not having to find a place for and run wires for two different chipsets. In addition to industry- leading connectivity, the 820A also has “smart” (aka cognitive) features like its Zeroth technology which allows the vehicle to identify, through computer vision, objects and potential dangers and to continually learn as it continues to be used.

The Snapdragon 820A also features driver assistance with lane departure warnings, vehicle detection and traffic sign recognition. These features are designed to get Qualcomm into the heart of the connected car rather than just powering the infotainment system. They want to control the dash and center console in addition to the infotainment system. This means more, future integration of Snapdragon capabilities in cars and more chips shipped. Qualcomm also incorporates V2X capabilities which are designed to prevent collisions with other vehicles or people through vehicle to vehicle communication or vehicle to mobile device communication.

I’m fascinated between the back and forth between Qualcomm, NVIDIA and Intel in this space.

One feature missing from most wearables today is a low power, wireless solution, so one doesn’t need to have their phone to make it useful. Battery-powered, industrial IoT solutions or even drones need this same capability, too. As Qualcomm is a connectivity company, it comes as little surprise that the company announced a new LTE modem at CES 2016, the Snapdragon X5 LTE (9×07) which is designed to cover the company’s bases in the LTE connectivity area while also providing IoT connectivity. In fact, the X5 LTE is pin compatible with Qualcomm’s other IoT chipsets, the MDM9207-1 and MDM9206. The X5 LTE modem also features a tiny, integrated ARM Cortex A7 applications processor to allow for a complete solution that supports LTE connectivity up to LTE Cat 4. This is the first time Qualcomm has integrated a “true” applications processor into a modem to my knowledge as they’ve traditionally integrated modems into their applications processors. This is yet another move by Qualcomm to help keep down costs for their customers by utilizing less board space and having a smaller bill of materials. These chips are all designed to fill the connectivity needs of IoT OEMs and to allow for them to build the best possible devices at the lowest possible cost. This strategy should allow Qualcomm to be somewhat competitive with others in the space, since they are offering three different connectivity options that are all pin compatible with each other.

Another connectivity announcement, born out of Qualcomm’s acquisition of CSR is the CSR102X family of Bluetooth 4.2 SoCs designed for ‘always-on’ Bluetooth connectivity. This chip is squarely focused on satisfying the Bluetooth needs of the lowest power wearable, home automation platforms and smart remote controls where performance and battery life are absolutely crucial. This family of Bluetooth chips is also designed to improve the Bluetooth audio capabilities of devices connected via Bluetooth for improved voice commands and audio quality. I could see a processor like this targeted at a FitBit versus and Apple Watch.

Last but not least is Qualcomm’s introduction of Wi-Fi SON (Self-Organizing Networks) as a part of their suite of Wi-Fi capabilities. Wi-Fi SON borrows the SON capability from the 3GPP Release 8 LTE standard and is borrowed from Qualcomm’s own UltraSON technology designed for small cell LTE networks. These Wi-FI SON features are designed to bring the cellular experience to Wi-Fi networking by making the process of connecting and sending data much less painful than it is today. This means that the routers have self-configuring, self-managing, self-healing and self-defending capabilities thanks to the chips built into the access point.

These features are designed to make Wi-Fi more plug and play while also having autonomous QoS (quality of service) management for different types of data as well as being able to enable mesh and multi-hop network topologies with multiple access points connected together to deliver optimal coverage. The self-defending capabilities are also extremely important to prevent people from hacking into a wireless network purely by bruteforcing their way in. With learning capabilities, the Wi-Fi SON routers can adapt to the security situation and prevent unauthorized access. Companies like Linksys, ASUS, TP-Link and D-Link are already on-board with Wi-Fi SON capabilities and D-Link already won an innovation award for that capability. Qualcomm also said that they expect to have cellphone-side features that can make of Wi-Fi SON in the future as well, but didn’t give many details. Wi-Fi SON is also designed to work on not just the latest 802.11 standards, like 802.11ac, but also downwards towards N as well.

Overall, Qualcomm’s announcements at CES 2016 were squarely focused on more firmly placing the company’s foot in the IoT space and gives the company a more solid foundation for when IoT starts to become commonplace. Until then, we are going to have to wait and see what products get created with all of these new and different chips and wireless capabilities. Qualcomm is establishing themselves as one of the big wireless solutions providers for IoT and enabling their customers to deliver the same kinds of IoT experiences that their smartphone customers expect to receive while also being cost-sensitive and supporting the right standards.