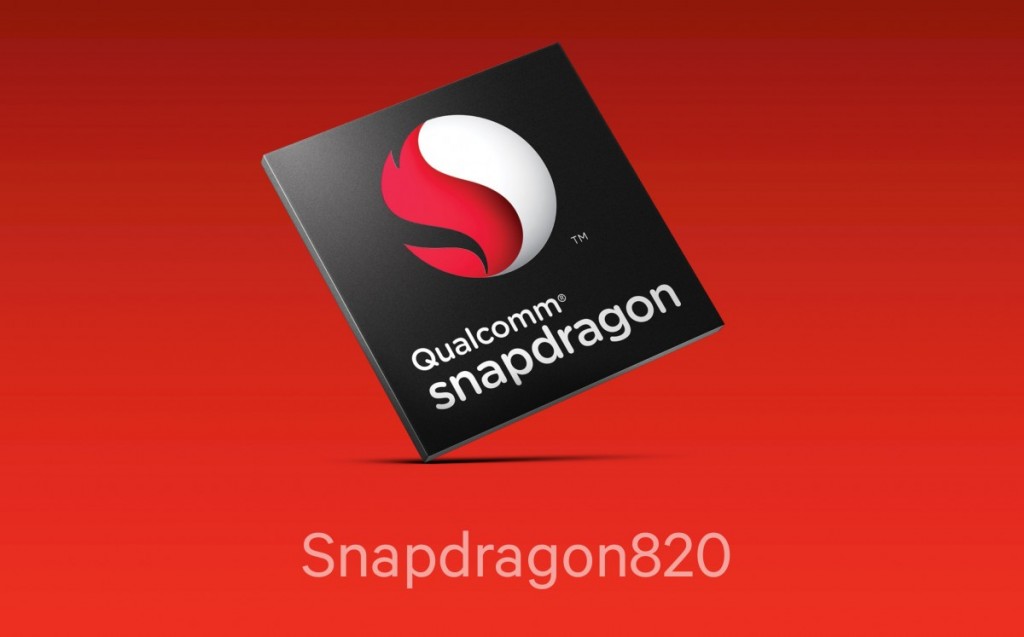 Qualcomm recently held an event in New York City where they invited many of the world’s leading press and analysts to attend their Snapdragon 820 launch event. At this event Qualcomm talked about the markets that they expect the Snapdragon 820 to perform in as well as what kind of performance we can expect from the all-new SoC. This new SoC follows the Snapdragon 810, the company’s current fastest Snapdragon SoC which encountered a somewhat negative reputation due to some devices’ performance. The latest smartphones with the Snapdragon 810 appear to be much better, but some damage has been done to the Qualcomm and Snapdragon brand. So, the Snapdragon 820 has to do some reputation repairing and making up for past miscues.

Even with the problems with the Snapdragon 810, Qualcomm was able to ship 923 million MSM chips in fiscal 2015, their 30th year of existence. And the expectation is that they will still sell hundreds of millions of chips again this year, which include over 60 design wins of the Snapdragon 820. At the core of this all-new SoC are ARM Holdings new 64-bit custom Kryo CPU cores which I wrote about when they were first announced. This new four core CPU is actually consisted of two dual core CPU clusters that are architecturally very similar but use different transistors to deliver different levels of performance and power savings. One cluster will be using high performance transistors which will clock as high as 2.2 GHz, while the second cluster will use lower power transistors and run at 1.6-1.7 GHz. This CPU is accompanied by the new Adreno 530 GPU which is designed to support essentially all current and future graphics APIs, including the much anticipated Vulkan API.

However, Qualcomm didn’t just upgrade the CPU and GPU on the Snapdragon 820; they also included a brand new Hexagon 680 DSP and Spectra ISP, both of which are designed to reduce power consumption and help execute specialized tasks at lower power. All of these components are synchronized by Qualcomm’s all new scheduler, called Symphony, whose job it is to help manage processing tasks and send workloads to the fastest and most efficient processing cores. No new Qualcomm SoC would be complete without a high performance modem, and the Snapdragon 820 is no exception with an integrated Snapdragon X12 LTE modem with download speeds of up to 600 Mbps. All of these upgrades are crammed inside of a new SoC with the second generation 14nm FinFET LPP fabrication process from Samsung Electronics. This extremely low power process is complemented by the fact that the SoC also supports DDR4 memory, which further increases performance while reducing power consumption. There are other new power technologies like an update to Qualcomm QuickCharge, which I have personally used extensively in the previous version, QuickCharge 2.0 on my Galaxy S6 and LG G4. The new QuickCharge 3.0 is even faster at charging the phone than the previous generation which would result in a full charge of the LG G4 in roughly 90 minutes or less. 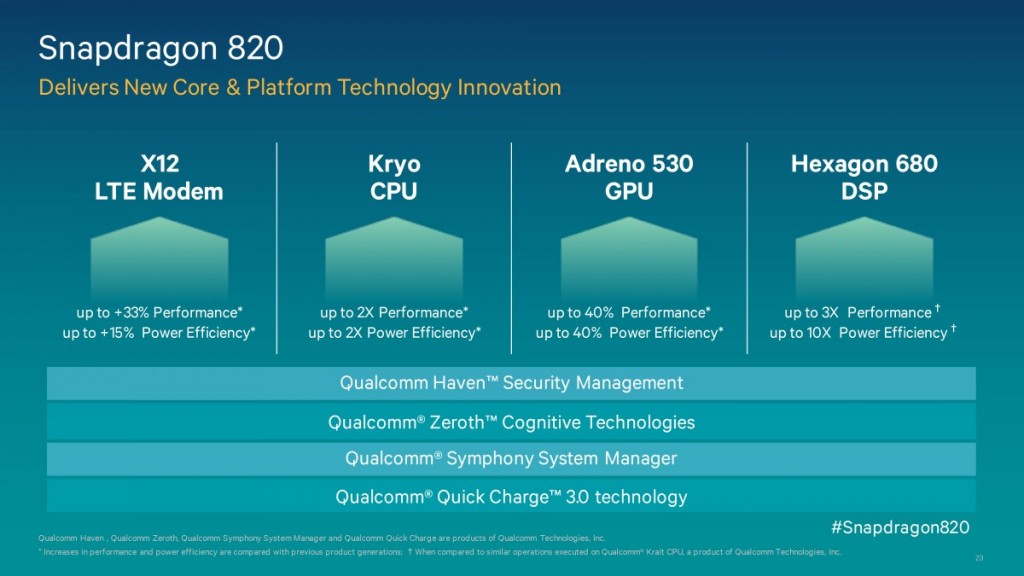 The overall theme of the Snapdragon 820 is reducing power while increasing performance, significantly. Qualcomm claims major performance improvements and power reductions across the board, including the X12 LTE modem which is supposed to increase performance by 33% and increase power efficiency by 15% over the previous generation. The Kryo CPU claims up to 2X performance and 2X power efficiency on the CPU, but from what we’ve seen its probably closer to 30-40% improvement to both on average, which is still nothing to scoff at. The Adreno 530 GPU is claiming up to 40% performance increase as well as 40% power efficiency improvement, which is extremely attractive when you consider how important things like VR are becoming in mobile. The GPU continues to be one of the most important parts of a mobile SoC, and it looks like Qualcomm made a significant investment and improvement there. Last but not least, the Hexagon 680 DSP is claiming an increase in performance of up to 3X and efficiency improvements of up to 10X. Some of these improvements may come from the fact that Qualcomm has gone from the 20nm transistor size down to 14nm, which brings power and performance gains of its own, but there are clearly more improvements than that to the SoC seeing as most of the new components of the SoC are new to Qualcomm’s SoCs. All of this translates to a power reduction of roughly 30% on the whole SoC when compared to the previous generations of SoCs from Qualcomm, which is a big deal when you think about the Snapdragon 810.

I think we are going to see Qualcomm Snapdragon expand into a lot of new markets with the Snapdragon 820 and subsequent lower tier models while also reaffirming themselves as the leader in the smartphone SoC market.