Last week, both Qualcomm and Intel made significant announcements regarding their support for 5G NR (New Radio), 5G partnerships and new capabilities. Those pre-MWC announcements were a primer for some of the things that we would be seeing at MWC 2017, however it looks like Qualcomm was holding back and saving the best for last. 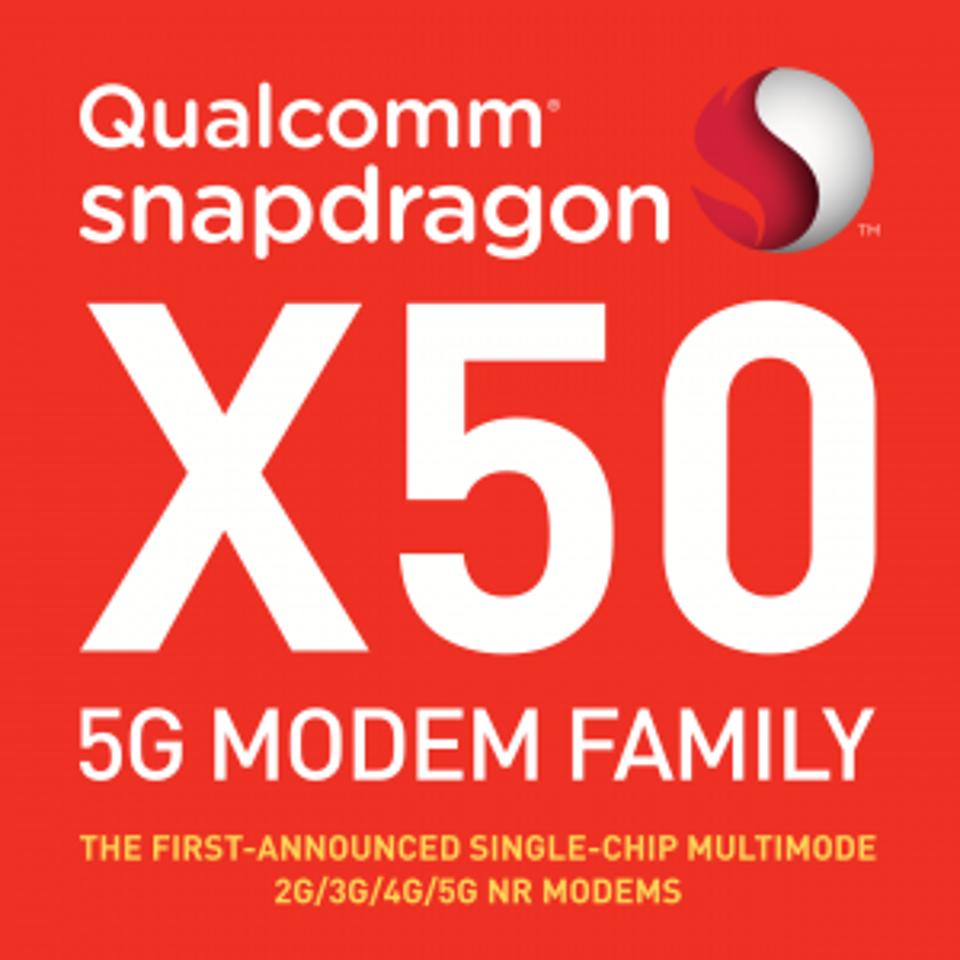 Both Qualcomm and Intel have been jockeying for 5G leadership with numerous 5G announcements ranging from 5G prototypes and modems and RF to 5G partnerships and engagements. When it comes to 5G modems, Intel and Qualcomm have been at the forefront of modem announcements with Huawei Technologies and Samsung Electronics seemingly missing from announcements. Samsung did just announce their first Gigabit LTE modem in the new Exynos 8895 SoC (UPDATE: Samsung announced their 5G modem and RFIC 2-26-17), however that is not a 5G chip and like Intel, it is almost a year after Qualcomm’s X16 Gigabit LTE modem. Maybe we can expect Huawei to announce their 5G modem late this year or early next year. Otherwise, we could be looking at a three-horse 5G modem race for some time.

Tonight, Qualcomm is announcing a follow-up to their announcement in October at their 4G/5G summit, where they announced the X50, the world’s first announced 5G modem. That X50 is designed to support the pre-5G NR (new radio) standards being released by Verizon and in Korea ahead of the expected 2020 rollouts. Qualcomm and others are working together to move up that 2020 date, but more on that later. Qualcomm’s new X50 family of modems will support both 5G NR, the official 3GPP standard, in the mmWave and sub-6 GHz bands of spectrum as well as Gigabit 4G LTE and 3G and even 2G. All the modems are also designed to support both non-standalone and standalone operation which has to do with control signaling and how the modems communicate with the core network. This will be important later when we talk about another announcement Qualcomm is making at MWC.

These new multi-mode 2G/3G/4G/5G (yes, all the G’s) modems deliver support for all cellular technologies on a single chip, something that could be years away for some of the competition. This means that Qualcomm’s new X50 5G modems will be truly global 4G/5G modems that can even work in the few areas without 4G LTE coverage today. Not just that, but these new modems allow for connectivity with 4G and 5G networks, simultaneously. This is important because companies will be able to deploy a single modem to support Gigabit LTE and 5G connectivity which will be extremely important for any mobile solutions. This new generation of X50 multi-mode 5G modems will be available to support the first large-scale 5G NR trials and commercial network launches in 2019. Now consider we could now have 5G-enabled smartphones in 2019. I want the first one.

This announcement leads into the next announcement that Qualcomm is making along with 21 other companies to support the acceleration of the 3GPP 5G NR standard with a ‘work plan’ proposal for the first phase of the 5G NR spec at the next 3GPP meeting that I had mentioned would take place immediately after MWC in Dubrovnik, Croatia. The 22 companies that support the accelerated proposal include: AT&T, NTT DOCOMO, INC., SK Telecom, Vodafone, Ericsson, Qualcomm, British Telecom, Telstra, Korea Telecom, Intel, LG Uplus, KDDI, LG Electronics, Telia Company, Swisscom, TIM, Etisalat Group, Huawei, Sprint, Vivo, ZTE and Deutsche Telekom

The proposal (now published in a ZIP file on the 3GPP site here) suggests to include a compromise to utilize both non-standalone and standalone control signaling as part of the initial 3GPP Release 15 5G standard specification. Non-standalone 5G NR would utilize existing 4G LTE radio and core network as an anchor and for coverage. This would allow for large-scale trials and deployments starting in 2019. The reason for this proposal and its timing has to do with the fact that the world will likely not see any devices based on 5G NR working on 5G NR networks until 2020 at the earliest without such a proposed change.

What makes this announcement interesting is that it will help bring 5G NR to the market faster while also allowing operators to accelerate the pace of their initial investment. This milestone of sorts could allow for more operators to make the transition to 5G NR without spending vast sums of money. They will eventually have to make the investment down the road to enable all the features that 5G offers, but to get trials going and initial deployments this makes total sense. It is also interesting to see that Intel is also among the 21 companies supporting the acceleration of the 5G NR standard via this non-standalone proposal. Notable wireless players missing include Nokia Corp (Update 2-26-17: Nokia has now signed on) , Verizon Communications and Samsung Electronics.

Qualcomm appears to have laid down the gauntlet for their competitors once again, and this time they’ve utilized their leadership in modem integration technology as the weapon. I cannot even begin to fathom the complexity of integrating an LTE modem with a 5G modem let alone so early in the stages of 5G’s development. Getting 4G LTE and 5G connectivity from the same modem that supports the 5G NR standard will be huge for all the mobile applications of 5G. Additionally, it may prove to be beneficial in power-constrained scenarios where having both a 4G and 5G modem lit up can be costly in terms of battery life. I expect that many of the first 5G NR devices that will have a battery will very likely be shipping with one of the new Qualcomm Snapdragon X50 multi-mode 5G modems.